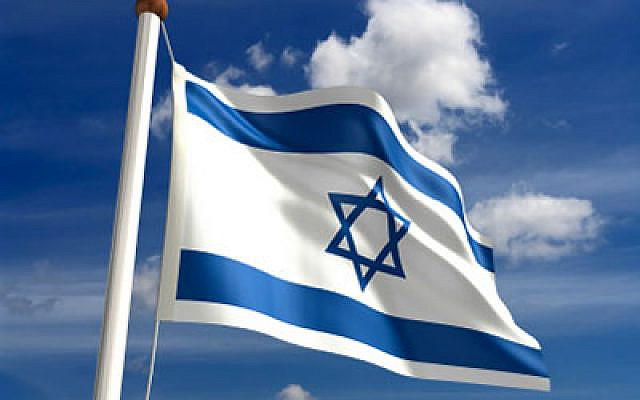 Ever since its foundation in 1948 Israel has celebrated its Independence Day with general festivities in which anyone and everyone can participate. After I came to live in Israel, about sixty years ago, Independence Day has always been a very special day for me. In my first few years on the country I would hang out with other students, and we would roam downtown Jerusalem, join in street dancing, enjoy the ambiance, bang squeaky plastic hammers on one another’s heads, and eat falafel.

After I got married and had children life became more sedate, but we always invited friends and relatives to join us on Independence Day, and would have a modest picnic together in our garden, play games and generally enjoy the atmosphere. Of course, roaming around at night was no longer an option, but it became an annual ritual to watch the ceremony on Mount Herzl on television, and be suitably impressed by the performances, formation marching, dancing, and symbolic beacon-lighting ceremony.

In the last few years, with no more children at home to be attended to, our traditional Independence Day celebration, though still sedate, involves sharing the by-now-traditional BBQ with a few old (in both senses of the word) friends, sitting either outside or inside to eat. Everyone contributes something to the meal, and Yigal and one or two other husbands attend to the barbecuing of the meat (we sometimes have one large and two smaller barbecues going simultaneously).

This year, however, no friends were allowed because of the strict quarantine imposed due to the coronavirus pandemic. Although we were invited by our kind next-door neighbours, who came to our barbecue last year, we thought it safer to stay in our own garden, and socialize with them over the fence (or rather through the hedge) that separates our two gardens (shades of the legend of Pyramus and Thisbe, as performed by the – unintentionally – comic actors known as the mechanicals in the Bard’s ‘A Midsummer Night’s Dream’).

So, the ceremony from Mount Herzl was limited this year, and pre-recorded, to boot. To make matters worse, we were deprived of the usual firework display, which we can see from the window of one of our upstairs rooms. That’s a shame, as I love a good firework display. But we were compensated by the Air Force display, which this year saluted the country’s medical personnel and flew over all Israel’s hospitals, including the Hadassah Hospital in Ein Karem, which we can see clearly from another window upstairs.

There were only four rather small planes, and we could clearly see them doing a couple of aerobatic turns over the hospital, but the show was over in a matter of seconds. In addition, the weather was a bit too cool to enable us to sit comfortably outside to eat. We braved the elements nonetheless, only to find that the thumping noise we could hear in the distance was gradually coming closer. This turned out to be an open truck bearing a powerful amplifying system which was playing loud music with one or two individuals standing on the trailer shouting ‘Chag Sameach!’ To our astonishment, we could see that this apparition was escorted by a police vehicle. Yes, the accepted wisdom in Israel today is that the greater the decibels the greater the happiness. I personally find the music that is popular in Israel today vastly inferior to the songs we once sang, and the general tone sounds to me like one long whine, but that’s just my own little whinge.

Of course, I would have preferred a string quartet, or even a symphony orchestra on the back of the truck, but that’s going too far, I suppose. Fortunately the vehicle kept moving, and eventually the cacophony emanating from it died away, and peace was restored once more to our little corner of the world. Finally we could have our dessert and coffee in blessed peace before repairing indoors to spend the rest of the day celebrating in the splendid isolation to which we have had to become accustomed.