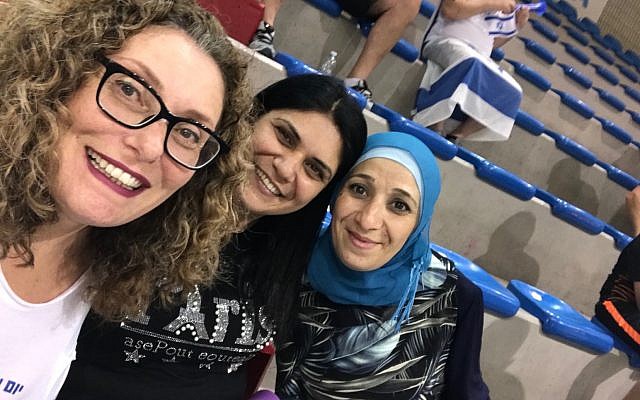 “I really wish some of our politicians would see this game… or any game or even care that about what is going down here today in Italy or any day back home,” stated Vivi, her dark brown eyes simultaneously revealing immense pride in her son, Ibrahim and his teammates and frustration at the lack of recognition that Paralympic sport receives at home.

I looked at her and I was about to respond but I suddenly noticed that my 16-year old son, Amit was with the ball, rolling through the opposing team toward the basket. So, instead of replying, I shrieked “Let’s Go Israel, Let’s Go.” He missed the shot.

“It’s okay, it’s okay, we still have a chance”, comforted Azhar, another mother who travelled to Italy to watch her boy play in the European Championships, her perpetual optimism exuding from her slight frame. 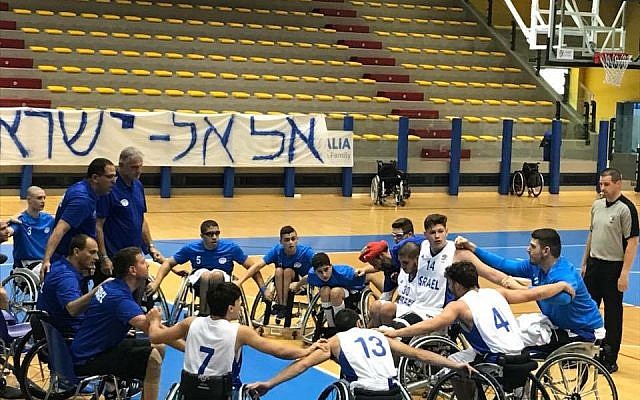 Vivi is an Orthodox Christian from Jaffa. Her 17-year old son, Ibrahim, was paralyzed in an accident a few years ago. In literally one moment, his reality was transformed from that of a typical little boy, running and playing, to a new one in which he is paralyzed from the waist down. You see…. Disability is a funny thing…. It’s a club that you can join at anytime from birth to death.

Azhar is a religious Muslim from an Arab village in the country’s center. Her son, Hakim was born with Spina Bifida and uses a wheelchair. He studies in a Tel Aviv high school and then travels on most days to the Israel Sports Center for the Disabled (ISCD) for games and practice. After an incident where after practice, at 10 PM, a cab driver refused to drive him to the Arab village where he lives, Azhar commutes over an hour each way after her work as a special education aide, her studies (she is studying for her teaching degree) and family responsibilities.

I am Jewish and my 16-year old son, Amit, is a lower leg amputee, a result of a congenital orthopedic condition. We live in the south near Beersheva and Amit travels to Ramat Gan about four times a week, either by train or with a teammate.

The three of us moms are a unique breed. We are members of an international club of thousands of wheelchair basketball moms doing what we can do and often doing the seemingly impossible to guarantee that our children will indeed reach the pinnacle of their abilities. 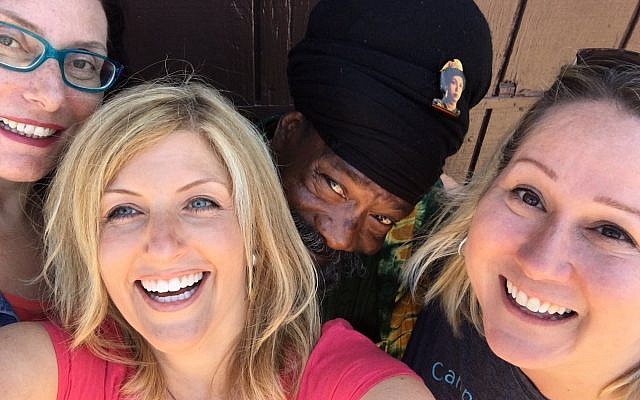 You can find us in California (where I first joined this amazing mom’s club).

You can find us in Canada or in Iran or in Russia or in Morocco or in Spain or in Italy or most any country on the globe.

And here we are in Israel.

We are Jews. We are Muslims. We are Christians. We band together as one, regardless of our religious, ethnic or national identities, as do our boys.

Our common battlegrounds our preschools and the educational systems, municipalities and local councils, the health systems, social welfare systems, society-at-large (where in Israel, a recent survey indicated that 89% of people prefer that their children not study together with disabled children), and even friends and family.

Wheelchair basketball and other adaptive sport organisations are our respite – where we find “our people” and the source of our strength.

All three boys (currently, there is no women’s team in Israel) along their diverse teammates play on the U22 Israel National Wheelchair Basketball Team as ISCD.

There are no Jews, Muslims or Christians on the court – only athletes. 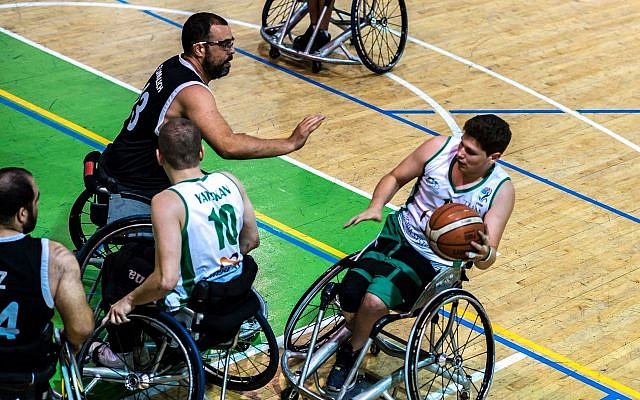 One week, they are Team Israel at the European Championships and the next week they are Spivak Ramat Gan or Spivak Tel Aviv or one of the many other league teams that seem to be such a well-kept secret here in Israel.

December 3rd was International Day for People with Disabilities. Here in Israel, President Rivlin hosted Paralympic athletes but outside of the “community”, there was little interest, so little in fact that the Minister of Culture and Sport didn’t bother to make an appearance.  Nonetheless, Paralympic athletes and other competitive athletes with disabilities, just like able-bodied athletes, are people who work their butts off to achieve the most that they can – for their teams, for themselves, for the nations that they may represent.

When politics mix with sport, things can get ugly. For the past two decades, I have worked in various capacities in the Israeli “Peace Industry” bringing Arabs and Jews together through an array of people-to-people projects. Some programs yield significant success, some have had limited success but many have an almost unnatural, conjured up feel.

In contrast, I am repeatedly amazed that in the realm of Israeli disabled sports, collaboration and friendship come so naturally to players and their families, regardless of their personal political views or even their traumatic pasts, occasionally spawned directly by the conflict.

I am equally amazed about how the general Israeli society knows so little, cares so little and how this salutogenic model of success in people-to-people projects is so easily dismissed.

After all, it’s just a bunch of cripples throwing around a ball. No? 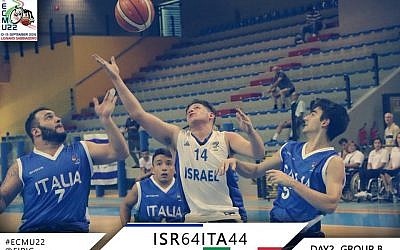 The disabled sports community – athletes, parents, friends and fans –  represents an accurate depiction of what tomorrow’s Israel could indeed be –  a colorful human mosaic of people of all abilities and an example of a shared society built on equal status, sportsmanship and grace.

To learn more about disabled sports in Israel, please visit:

The Israel Sports Center for the Disabled.

or the Israel Paralympic Committee

About the Author
Zimra was born in Budapest and grew up in New York City. She immigrated to Israel in 1994 and for the past two decades has worked with diverse for-profit and nonprofit organizations. Currently, she serves as a resource development expert on the Civics and Shared Education team at the Center for Educational Technology (CET) in Tel Aviv. Zimra is mother to 4 children, ages 12 to 21. Inspired by her 16-year old son Amit, a lower limb amputee, she is passionate about competitive wheelchair basketball and spends much of her free time rooting for her favorite teams. Today, she and her family are living in the Negev.
Comments