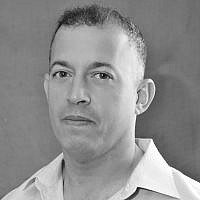 The Blogs
Zeev Maghen
Fighting Words: Politically Incorrect Essays on Israel, Zionism, Judaism and Some Other Stuff
Apply for a Blog
Advertisement
Please note that the posts on The Blogs are contributed by third parties. The opinions, facts and any media content in them are presented solely by the authors, and neither The Times of Israel nor its partners assume any responsibility for them. Please contact us in case of abuse. In case of abuse,
Report this post. 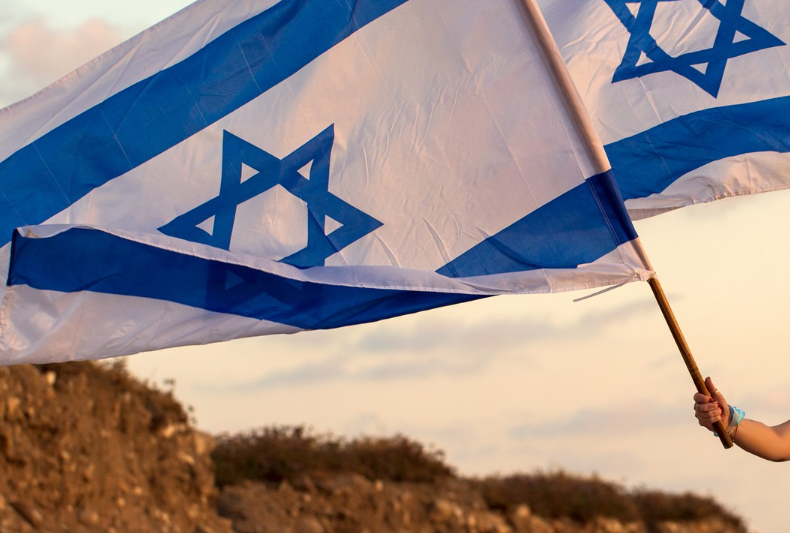 According to the Semitic religions, God created the world using words. “And God said, “Let there be light, and there was light,” the Bible tells us. The Qur’an, for its part, states: “When Allah wants to create a thing, He merely says regarding it ‘Be!’ and it is.” In the New Testament Christianity goes so far as to equate the Word with God Himself. We read in the first verse of the Gospel of John: “In the Beginning was the Word, and the Word was with God, and the word was God.”

Human beings, made in the image of God, also create with words: create, learn, teach, progress, develop, comprehend, explain. But there are words that, instead of building, tear down; there are words that, instead of edifying, make the wise into simpletons, indeed, into downright fools. Chief among such harmful words is a terrible, horrible, miserable term, an accursed designation that seals the heart and incarcerates the brain – and nevertheless, a term that almost all of us, including our most impressive thinkers and intellectuals, employ with reckless abandon…

Everybody says it, everybody writes it, Jews and Israelis apply it to opposing political camps, pundits and even scholars make use of it constantly, especially when discussing matters related to my particular discipline, Islam and the Middle East. In the minutes remaining, I will endeavor to convince you to uproot this evil set of phonemes from your lexicon…forever.

A good friend recently claimed in my presence that “Only extremists oppose the right of every human being to choose his sexual identity.” But within which parameters, exactly, is this an “extreme” view? If we conducted a survey in Israel, would the results be that only a small group of respondents would object to this freedom to choose one’s gender? I don’t know, but were we to extend the borders of the survey to include the inhabitants of the entire planet, it is relatively certain that the supporters of the right to choose one’s sex would be in the minority, that is, they would be the “extremists”!

Now, take a look at these headlines from a newspaper of note:

EXTREMISTS GARNER A MAJORITY OF SEATS

IN THE IRANIAN PARLIAMENT

EXTREMIST CANDIDATE IS ELECTED TO PREMIERSHIP OF ITALY

Do you see the problem? If the party or candidate in question merited a majority of the people’s votes, how can we call them “extremist”? After all, their positions are no longer representative of the extreme of the political spectrum, but rather they are now located, by definition, smack in the middle!

“Ah, no” you respond hurriedly, “We mean ‘extremist’ in relation to the views generally held in the world.” Oh – so now the international community is your benchmark, as opposed to the aforementioned case of sexual identity?

What we learn from all this is what should be, but demonstrably is not, obvious to all of our intellectuals, at least: that the word “extremist” explains nothing at all, because no one bothers to sketch borders or set out parameters prior to hurling this epithet at another. The use of this term reflects one of the worst approaches imaginable, implying as it does that the user, and those like him and close to him, are the bearers of acceptable, moderate, enlightened, rational, “normal” worldviews, whereas anyone whose positions are outside of that circle represent the barbarous, the primitive, the crazy, the forces of darkness.

In other words, “extremist” is the label that we affix to those whose views are distant from our own; “extremist” means – let us admit the truth – nothing more than “far from me.” It is a thoroughly subjective and arbitrary term posing in our current discourse as an objective and meaningful term. 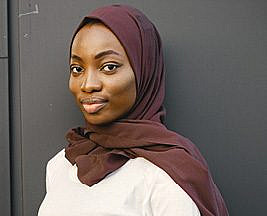 The outfit on the left is considered “extremist” in Western eyes, even though hundreds of millions of women dress in this fashion today; but when Huda Sha’rawi doffed her burqa in Egypt in 1923, she was immediately branded as “extremist” – mutatarrifa – by conservative Egyptian society. “Extremist,” in short, is in the eye of the beholder.

Even when the term is employed in an accurate manner, it still contributes nothing to us. Here, for example, is a passage from an article that appeared recently in the Israel HaAretz newspaper:

THE REPRESENTATIVES OF THE POLITICAL PARTY IN BARCELONA SLASHED THE TIRES OF A BUS NEXT TO A STADIUM AND SPRAY-PAINTED ON ITS WINDOWS THE SLOGAN “TOURISM IS KILLING THE NEIGHBORHOODS.” SUCH EXTREMIST ACTS COME ON THE HEELS OF SEVERAL DEMONSTRATIONS…

It is true that most of the people of Barcelona – or anywhere else for that matter – do not slash tires or spray-paint slogans on windows, and therefore these acts are indeed, literally, “extremist.” But what does it add to the reader’s knowledge to call these acts “deeds which very few people do”? What descriptive or moral value does such information harbor? Why not at least call a spade a spade and describe these acts as “violent,” “destructive” or even “xenophobic”? The use of “extremist” here serves to shoot the leftist HaAretz with its own gun, to hoist it with its own petard: after all, the leftist Israeli “Women in Black,” “Check-Point Watch” and “Breaking the Silence” organizations also “do things that very few people do” – does the newspaper intend to condemn them as well?

An Israeli journalist recently interviewed a high ranking representative of the American-Jewish Reform Movement.  The latter was lambasting Israel for having democratically elected a government that would include Itamar Ben-Gvir.  “Of course, in America we have our extremists, too,” he admitted, “groups full of hate and violence.  But unlike in Israel, no member of these sits in the Cabinet, and in the recent [Congressional] elections many of them were thankfully defeated.”  So extremist = Republican, right-wing, Trumpist.  Never the opposing camp, not even Bernie Sanders.

In short, if you call a particular group “extremist” this tells me very little, if anything, about the group. But it tells me a lot about you: that you are narrow-minded, that logic is not your strong suit, and that you haven’t the slightest idea what objectivity is.

But there is a deeper, if certainly related, problem with employing the term “extremist.” First of all, admit that every time you use this word your intent is negative. Don’t lie – admit it! When you call someone an “extremist,” you don’t mean to say something good about him.

Now, think about the implications of this. Because after all, every bit of progress achieved by the human race throughout its long history has been due to those very same “extremists.” Here is an example: In the fifteenth century CE most all the world’s inhabitants were of the opinion that the sun orbits around the earth. In contrast to this widely held view, a man named Copernicus appeared who held the diametrically antithetical notion, a notion that located him at the “extreme” of society: that the earth revolves around the sun. “Extremist!” they called him, in anger and in mockery.

Another example: throughout all of human history there was not a single figure of note who objected to the institution of slavery. Not Moses and not King Solomon, not Jesus and not Muhammad, not Plato and not Aristotle, nor any other leader or thinker. The entire world took for granted that there was no moral problem with enslaving human beings. In the modern period, a tiny group called abolitionists – Harriet Beecher Stowe and her cohorts in America, preceded slightly by Benezet, Wesley and Primatt in Britain– stood up and decried slavery as one of the great evils. “Extemists!” they were initially called by all who met or heard of them.

Our Father Abraham taught us differently: he was called Abraham ha-Ivri because, so the Midrash tells us, “the entire world was on one ever (side) and he was on the other. Abraham was an individualist, Abraham was a non-conformist. Abraham was an extremist. And we are commanded to learn from our forebears.

So please: never, ever use the word “extremist” – that intellect killer – again; but strive, whenever possible or necessary, to live it…

About the Author
Ze’ev Maghen is the author of John Lennon and the Jews: A Philosophical Rampage (Toby Press, 2015). He is professor of Arabic Literature and Islamic History and Chairman of the Department of Middle East Studies at Bar-Ilan University. Maghen also serves as senior fellow at Shalem College in Jerusalem and at the Begin-Sadat Center for Strategic Studies.