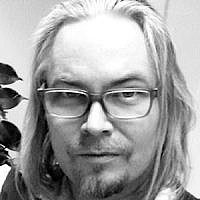 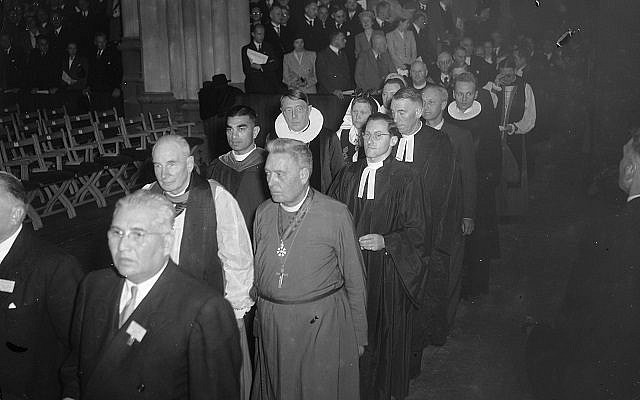 The World Council of Churches was established in August 1948. (Wikimedia Commons, public domain)

When no one really knew what exactly Israel is about to do with plans to extend sovereignty over certain settlements in the West Bank, church bodies over the globe expressed their fears in numerous public statements. So, earlier this month Vatican sent an anti-annexation message. Also, the Evangelical Lutheran Church in America, or the ELCA, published a bunch of anti-annexation letters one of which associated Israel with the murder of George Floyd.

Already in last May, as was to be expected, the World Council of Churches (WCC), a worldwide fellowship of 349 churches, sent an anti-annexation letter addressed to EU leaders. In the letter, the WCC called for the “EU to ensure that any such annexation is met with real consequences, at least commensurate with those adopted by the EU in response to Russia’s annexation of Crimea.”

I went through old WCC statements, and to my knowledge, they did not issue any condemning statement concerning Russian Federation’s occupation of Crimea six years ago. A Google search of “Crimea” on the WCC homepage finds less than ten results, including the latest letter targeting Israel.

What is more important, the WCC’s analogy between the West Bank and Crimea is fatally flawed. Of course, in today’s world it seems to be a common interpretation of the international law that land seizures by military force are always illegal. However, this was not the case in the 1960s. As legal scholar Eugene Kontorovich has pointed out, in the 1960s the common assumption was that acquisition of foreign territory by force was prohibited only in aggressive war. In 1967, Israel fought defensive war on three fronts and successfully conquered all aggressors. Kontorovich thus argues that “since defensive war is not illegal, it follows that the defender’s territorial gains from such a war would not be illegal.” For a reason or another, the US recognition of the Golan Heights as a legitime part of Israel in 2019 did not caught as much attention as the anticipated shifts in the West Bank in 2020.

Further, it is an oft-neglected fact that already in the wake of the First World War in 1920, the San Remo conference mandated the Great-Britain to administrate historical Palestine with a specific task of implementing the Balfour Declaration of which the goal was to establish a national home for Jewish people. Ratified two years later by the League of Nations, the independent Jewish state with its boundaries from the Jordan River to the Mediterranean Sea received permanently legal status in terms of the international law.

While search results of Crimea on the WCC’s homepage were meager, the same cannot be said about Israel. Under the very same domain, Israel has been mentioned about 12.500 times. Since the name Israel is also fundamentally a biblical name, it can be assumed that some of the search results are less political.

Yet vast majority of the results listed by Google refers to the WCC’s Palestine Israel Ecumenical Forum, or the PIEF. Established in 2007, the PIEF serves as the WCC’s network of highly educated ecclesiastical authorities with the goal of resisting “occupation in accordance with UN resolutions, and demonstrate its commitment to inter-religious action for peace and justice that serves all the peoples of the region.”

In order to understand the nature of the WCC’s annexation statement I think it is helpful to give a short look at the PIEF.

In its links section, the PIEF lists dozens of organizations, some of which have a grim anti-Semitic imprint in their track record. For example, their cooperatives include Israeli Committee Against House Demolitions, an Israeli organization of which the goal is to annihilate the Jewish state in favor of the so-called “one-state solution.” The PIEF also links to the Boycott, Divestment & Sanctions Campaign National Committee (BNC), the coordinating body of the notorious boycott movement against Israel. It is a known fact that among the BNC’s member organizations there are several designated terrorist organizations such as Hamas and the Palestinian Islamic Jihad. No truly neutral and non-anti-Semitic actor could ever give such strong support to the boycott movement, which isolates and demonizes the other part of the conflict.

Recently, one of the PIEF’s cooperatives received media attention because of its inability to say no to terrorism. The organization in question is called BADIL Resource Center for Palestinian Residency and Refugee Rights. Last year, the EU tightened the policy of funding Palestinian organizations so that from now on, all organizations must sign a clause, which forbids grantees from cooperating and financially aiding organizations and individuals designated as terrorists by the EU.

However, BADIL and dozens of other Palestinian NGOs strongly opposed the new EU financing policy. Last December, they launched a “Palestinian National Campaign to Reject Conditional Funding.” The campaign’s press release, published on BADIL’s website late last year, expressed outrage that in its list of terrorists the EU includes such organizations as Hamas, Palestinian Islamic Jihad, Al-Aqsa Martyrs’ Brigades, and the Popular Front for the Liberation of Palestine, or the PFLP. According to the press release signatories, these organizations are not terrorists but “Palestinian political and resistance factions.”

As the process was still going on, Israeli-based NGO-Monitor’s President, Professor Gerard Steinberg and Vice President Olga Deutch, wrote a letter to Ursula von der Leyen, the President of the European Commission. The NGO-Monitor’s letter reads, “We have been documenting for years how some Palestinian civil society organizations (CSOs) abuse their mandates in order to promote hateful and often violent agendas. This is especially seen with CSOs connected to the Popular Front for the Liberation of Palestine (PFLP), which both Israel and the EU regard as a terror organization.”

Finally, in June, the EU canceled funding BADIL. However, it is imporant to note that BADIL has no known relations to any designed terrorist group.

Ten years ago, BADIL caught wide attention by spreading blatant anti-Semitism in its Al-Awda Nakba caricature competition. The winning cartoon of the competition showed a hooked nosed Hasidic Jewish man holding a blood dripping pitchfork while standing upon a dead child and skulls. The cartoon was removed from BADIL’s website only after the NGO-Monitor approached DanChurchAid, which has long been one of the financiers of BADIL. Did the WCC / the PIEF apologize and stop cooperation with BADIL? No. Instead, as a part of their game many progressive faith-based development organizations try to nullify the NGO-Monitor’s documentation by labeling it a “right-wing organization.”

One last story about the PIEF. In 2016, the PIEF released a liturgy resource toolbox headlined “Dismantling barriers.” It is a heavily political liturgy of worship of which the invocation words read, “We gather to remember those who are displaced and dispossessed as a result of an illegal occupation, and we pray for their hope in your love and and your justice.” In the liturgy’s prayer of the day it reads, “we especially pray for a change of heart for those who raise walls between people and the dismantling of the Israeli Separation Wall.” Finally, in the litany of commitment to faith in action, it repeats, “We will insist that our governments, our lawmakers, and our churches advocate for peace and justice in the Holy Land and dismantling of the Israeli separation wall.”

The WCC seems not to realize that the wall, which is largely an electric fence, ended the flow of suicide bombers. The Second Intifada was history. A friend of mine once visited Bethlehem where local businessmen invited him to the backroom of their shop. They offered my friend a shot of arak and praised the wall, for it had calmed restlessness and thus enhanced business. Moreover, the WCC should understand, that the day there will be an independent State of Palestine, there will be also a visa requirement between Israel and Palestine. There will be even a higher wall.

What is the most offensive part in the WCC liturgy, is that for two thousand years, Christianity has showed extreme Jew-hatred based on Christian theology. Nevertheless, the WCC considered it necessary to publish a morally questionable and politically naïve liturgy, which singles out Israel with no mentions of the Palestinian society’s well-documented anti-Semitism and hate speech, not to speak of terrorism. This if anything is international and institutionalized spiritual violence coated with Christ.

Nonetheless, it seems that liberal protestant churches do not see anything wrong about the WCC’s policy. In the late June, three Finnish Lutheran bishops wrote an anti-annexation letter – oh, yes, a letter again – to the bishop of Evangelical Lutheran Church in Jordan and the Holy Land, Sani Ibrahim Azar. They were so thrilled about the WCC annexation letter that they decided to cite it in order to add some weight to their own words. However, it is worth mentioning that out of ten Finnish bishops seven were wise enough to leave their names out of the letter.