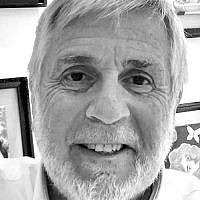 The Blogs
Yisrael Ben Yosef
Apply for a Blog
Advertisement
Please note that the posts on The Blogs are contributed by third parties. The opinions, facts and any media content in them are presented solely by the authors, and neither The Times of Israel nor its partners assume any responsibility for them. Please contact us in case of abuse. In case of abuse,
Report this post.

Finally, it’s over. After weeks of hype and then all consuming excitement over the World Cup of Soccer, it’s over. Who won? Who cares!

OK. OK, I know. Who cares? Only half the inhabitants of the planet.  No sporting event, not even my beloved Superbowl even comes close to generating this near universal interest. So how is it that I could not care less?

I asked myself that question as I lived here in Israel amongst the World Cup enthusiasts. Why does it mean nothing to me.  I mean, I would understand if I was like my friend Sender who doesn’t like any sports, not baseball not football not tennis. If I had no interest in sports, like him, I would understand my total disinterest. But I love sports. I avidly follow baseball and football and basketball. I even can get into hockey and tennis. So why not the World Cup.

And it’s not like I haven’t tried. I have planted myself numerous times in front of the TV trying to cultivate a like for soccer. After all in Europe and Asia that’s nearly all the spectator sports you get. But to no avail. Try as I might I just can’t get into it. I find even old movies and the Discovery Channel more engaging than soccer. But why?

If I had grown up in Europe or Asia I am sure I would be as rabid a soccer fan as my neighbor. I would love the game like now I love baseball and football. That I do not is not about me, but about the circumstances of my life. In the culture in which I was raised soccer simply was of no interest. For me soccer holds the same interest as a fashion show.  Even though I love sports, soccer is boring.

There is a very important lesson here. If it is true that what I perceive as my personal taste is nothing more than the influence of culture, it will hold true for so many other interests and desires I experience. And not just for me.  The likes and dislikes all of us experience are in great measure not intrinsic to our true self but governed by the influence of our culture.

I say I like pizza. I don’t like shwarma.  I like tall thin women better than short heavy women. I like certain aromas and not others. I like neat and not disheveled. I want a career that invites  me to use my  mind. I disparage blue color jobs. In everything from my taste in food to my choice in women and jobs culture is the determinant factor in my preferences.

The influence of culture on our lives cannot be overestimated. It’s not just about liking or not liking soccer. It’s about my desires and my values. What I like I will see as good. What I don’t like I will see as bad. And since culture shapes so much of our likes and dislikes it also shapes the values we place on things, the good and the bad.

In this way the Haredim have it absolutely right. They insist on protecting their children and society from the cultural influences of the world around them. They fear the effects of cultural values alien to their way of life. We might argue with them and say that if your children are raised well and your lifestyle is attractive to them you have nothing to fear. If you fear it’s only because you know their is something lacking in the world you create that may not withstand the influence of the culture without.

The truth however is that we are the ones mistaken. And they have it right. The challenge to combat unfavorable cultural influences is not about our decision to reject values and behaviors we disdain. If only it was that simple. The problem with cultural influences is that they seep into our psyche and affect our way of seeing the world. Our likes and dislikes become our good and bad, so that the culture is not outside of me. It is me! And if I imbibe the culture and it’s norms I will not see fit to fight it anymore than I will see fit to fight my dislike for soccer. I will see it as simply who I am.

And you know what? Whose to say they are wrong?