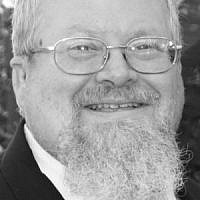 The world does not understand. We, the citizens of Israel, are faced with an enemy that is uncivilized and barbaric. When the Hamas won the election in Gaza, their “soldiers” threw Fatah members off of rooftops with their hands tied behind their backs. Hamas and PLO/Fatah have no regard for human life – not ours and not their own. Think of the numerous terror attacks perpetrated against Israelis over the years. Think of the thirty people killed by a suicide bomber in the Park Hotel on Seder night. Think of the children of the Fogel family who were slaughtered in their beds.

Let us be perfectly clear about this: Not one of the hundreds of missiles, rockets and mortar shells launched from Gaza at Israel over the last ten days (or for years beforehand) was aimed at a military target. Not one! They were all aimed at civilian targets. Or to put it more bluntly, they were aimed at men, women and children who are not soldiers. There is only one purpose to the Hamas’ missile barrages: Kill the Jews.

It is as if the Arab populations have simply missed the last 1,000 years of developing Western civilization. The morals and ethics that are the foundation of Western society have never been ingrained in their souls, let alone their behavior.

This assertion applies to the Palestinian people as well and not only to their leaders but to the man in the street as well. When three Israeli teenagers are kidnapped and murdered, the people – not the leaders – celebrated by passing out candy and other sweets. Even before they knew for sure that the Hamas missiles landed in Tel Aviv – which they didn’t – the Palestinians in Hevron were celebrating.

This is what we are up against.

We have every right to wage war against our uncivilized, barbaric enemies the way the Allies in World War II fought the seemingly civilized Germans. The holocaust is proof that even so-called civilized people can become barbarians.

We have every right to turn Gaza City into a twenty-first century Dresden. We have every right to end this conflict the same way President Truman ended the war with Japan. No I’m not suggesting the use of nuclear weapons. Rather, I am referring to using overwhelming force to ensure a peaceful existence for everyone in Israel.

However, the world doesn’t understand us.

When a single Arab teenager is murdered as revenge for our three murdered teenagers, we mourn with the family. Our police take less than a week to apprehend the perpetrators and we will give them a fair trial. We do not tolerate Israelis who give up their civility and become barbarians. In contrast, do you think that none of the Palestinians know where the two murderers of the three kidnapped teenagers are hiding? Why can’t the PA police find them? Why are they protecting them?

Why do Israeli fighter pilots pull up and not bomb a target because there are non-combatants present? Why do Israeli soldiers have a principle called “Tohar HaNeshek” that is ingrained into them, which makes them responsible for making every possible effort to not shoot at non-combatants?

Why do you and I feel guilty when four young Palestinians children are killed by mistake while playing soccer on the beach? The answer is that we are a civilized and moral people. We care about human life. Even before they were buried, the IDF is already investigating their deaths.

Once and for all, let’s set the record straight.

To us, children are more precious than gold. We are taught not to rejoice when our enemies fall. We are the ones who gave civilization to the rest of the world. And we are the ones who are still teaching the world how to be ethical and moral and civilized – even when we are under siege by uncivilized barbarians.

If only the world understood.

About the Author
David Derovan lives in Israel with his growing family. He recently published "Tales of Mystery, Magic and Chassidim," fictional tales in which the Rebbe teaches authentic Chassidic wisdom. Available on Amazon.com. Now retired, David has taught Torah for over 50 years, on all educational levels except pre-school.
Comments