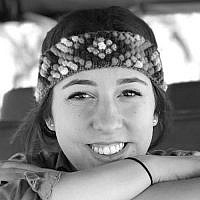 The Blogs
Noa Rekanaty
Apply for a Blog
Advertisement
Please note that the posts on The Blogs are contributed by third parties. The opinions, facts and any media content in them are presented solely by the authors, and neither The Times of Israel nor its partners assume any responsibility for them. Please contact us in case of abuse. In case of abuse,
Report this post.

In December 2019, we all witnessed the rise of the COVID-19 virus in China, which later on made its impact in many other countries, including Israel. Those events eventually led to a lockdown that impacts all aspects of life.  As this worldwide pandemic is striking, we at the Jaffa Institute understood that we have to quickly take action and continue to serve our impoverished families, with the crisis going on in the background.

The Jaffa Institute is a private, non-profit, multi-service social agency to assist the city of Jaffa’s severely disadvantaged children and their families. Our organization’s mission is to provide all aspects of education and extra-curricular, therapeutic programs in order to enrich Israel’s next-generation, those kids who are coming from poor, uneducated families.

As this situation does not seem to get better any time soon, we are trying to keep our goal in front of our eyes, as we are committed to continue serving the families that depend on us, even at those difficult times.

Within those 5000 families we serve, we have over 800 elderly people, who are mostly holocaust survivors. To assist these survivors, we usually have volunteers from Israel and mostly from abroad, come to visit us at the Jaffa Institute’s Food Distribution Center to pack over 300 food packages for those elderly individuals, primarily Holocaust survivors, experiencing poverty, limited mobility, and loneliness.

Since the Israeli skies are now shut down, we do not get those international visitors, as well as the Israelis who are quarantined in their homes, with no option to leave them. As we still want to serve those families and elderly people, that are now at a high-risk population, we are working every day for many hours in order to cover for all that work that is usually done with much love by our volunteers.

Today, we were so lucky to host 4 fraternity brothers from AEPi Israel. AEPi is an international Jewish Fraternity that operates in 5 countries, over 105 years. Luckily, we have been associated with them for over 8 years and were so lucky to have them help us pack the food and deliver them to those elderly people who are besieged in their homes. It is so hard to imagine what would have happened to those people if we had to shut down out services as well, as we would not be able to feed the families and survivors we are serving. Following the Israeli Health Ministry instructions, we had the boys pack over 200 boxes of non-perishable items and load them to their cars in order to deliver them on time to those families and elderly people. 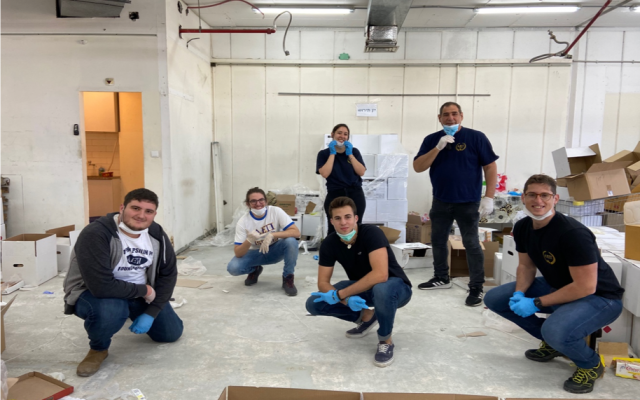 ‘We chose the Jaffa Institute as a philanthropy organization because we believe in making a difference in our own community, as the first step of making the world a better place. I am so proud to be a part of this cycle, especially today, as a worldwide disaster is going on.’ Says Sani Salcum, The leadership consultant of the Israel region.

Thanks to AEPi Israel, along with our great team at the Jaffa Institute who are always up for the mission, we survived another day of the pandemic, as we fight to still serve those poor families. This is a great example of two non-profits collaborating together, showing the true power of NGOs in times of crisis- we do not leave anyone behind!

Would you like to place a donation and make a change TODAY?

About the Author
Noa Rekanaty is a second-year Government student at IDC Herzliya, Reservists on Duty fellow on campus, and an IDF veteran.
Related Topics
Related Posts
Noa Rekanaty
Comments