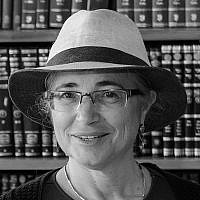 At Matan Torah, a redeemed nation of freed slaves achieved the greatest heights of prophecy known to the Jewish People.  God considered them to be “His special treasure” (Shmot 19:5) and His servants: “For the children of Israel are My servants whom I brought out of the Land of Egypt” (Vayikra 25:55).  With this in mind, the opening verse in Parshat Mishpatim is jarring: “If you buy a Hebrew servant, six years he shall serve and in the seventh year he shall go out free…” (Shmot 21:2).  What accounts for the stark contrast from God’s servant to human slave?

Rabbi Mordechai Yosef of Ishbica, in the Mei HaShiloach, describes this abrupt transition from Parshat Yitro to Parshat Mishpatim as “a gaping chasm… like the distance from the greatest heights to the deepest pit.”

A passage from the Talmud connects between the story of the giving of the Torah and the story of Adam and Eve in the Garden of Eden.   The Talmud Shabbat 146a relates: “At the moment when the serpent encountered Eve, he infused her with pollution. When Israel stood at Sinai, the pollution ceased.”

This Talmudic passage implies that the Israelites at Sinai were like Adam in the Garden of Eden before the sin. Rabbi Mordechai Yosef extends this analogy; he compares the Hebrew slave to Adam after the sin. 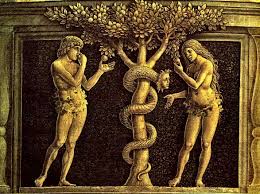 Rabbi Mordechai Yosef  teaches; “The parsha begins ‘when you purchase a Hebrew slave’ (Shmot 21:2), who stole and was caught and sold in the beit din…this alludes to  Adam when he entered our world – olam hazeh.” That is, Adam’s transgression of eating the forbidden fruit is likened to thievery, which resulted in exile from the Garden of Eden.  The expulsion of Adam from Eden is emblematic of all humanity who must enter a world in which good and evil are forever intertwined – the world of the Tree of Knowledge of Good and Evil, the place the deceptive serpent reigns.

According to Rabbi Mordechai Yosef, the law of the slave is read as part of a narrative founded upon the story of Adam and Eve. We must note that this legal narrative begins in mid-story.  It opens with a person becoming a Hebrew slave without ever telling us what transgression he did to get himself there in the first place.

Rabbi Mordechai Yosef asks, “In truth, why does the Torah not record the transgression?    Rather, it begins with the tikkun [restoration], as we see that the parsha begins [in the middle of the story] ‘When you purchase a Hebrew slave’ and doesn’t even mention his theft!   [This is because] the Torah’s main concern is that Parshat Mishpatim [begins] the world of tikkun [restoration].”

Adam was thrust out of the Garden of Eden and placed into this world to repair it.  So too, Bnei Yisrael descended from Sinai, and were given laws so that they, and we, will be successful to restore and facilitate tikkun in this complex world.