After months of denial and badinage by the Authorities of the Islamic Republic, Mohsen Rezaei, the former commander of the Revolutionary Guards and secretary of the Islamic Republic’s Expediency Council, recently confirmed in an interview with the state-owned Mehr News Agency (close to the Islamic Propaganda Organization) the story of Turquzabad* and Israel’s successful counterattack and transfer the documents out of Iran. Iran’s authorities called it a security breach.

The Turquzabad incident came into the spotlight of political circles after Israeli Prime Minister Benjamin Netanyahu at the UN General Assembly showed a dot image from south of Tehran known as Turquzabad map based on the documents, he showed that Iranian regime was carrying out unauthorised nuclear activities. 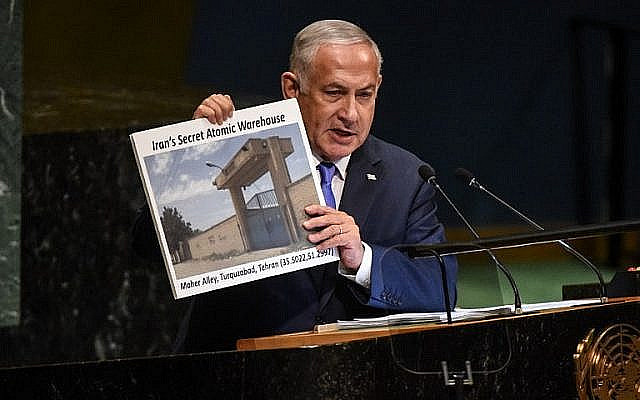 Netanyahu’s remarks ridiculed with comic badinage and hysterical laughter from The Islamic Republic’s Foreign Minister Zarif and his deputy Araqchi, and Iranian state television, whose president appointed by Supreme Leader Ali Khamenei. They made some ridiculous remarks to show that Netanyahu referred to a carpet-washing laundry rather than a nuclear centre.

The Islamic Republic’s television reporter, whom he referred to as a violent interrogator of the Revolutionary Guards’ torture facilities, went to the location in Turquzabad with a camera and microphone and shouted from behind the door without entering the so-called carpet laundry company: Is it a nuclear facility? 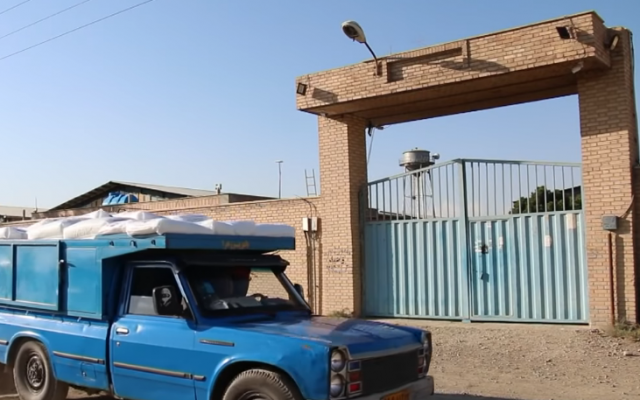 And someone quickly replied, “No, this is a carpet laundry company”.

After many years of this incident, Mohsen Rezaei has confirmed that Israeli security agents have gone to that location, as Netanyahu said, and have taken massive nuclear documents related to the Islamic Republic regime’s secret nuclear activities.

Mohsen Rezaei said “They came and took the documents from our nuclear facilities. He also said that even in the past, there were some flights in the skies of Iran” which is his reference to the multi-hour flight of several fighter planes over Tehran without radars being able to detect them.

This whole story, along with a recent report by the International Atomic Energy Agency (IAEA), regarding to the suspicious particles of uranium in Turquzabad has been reported. The report says that Iran continues to be subject to the agency’s response to this issue, which was why senior officials of the Islamic Republic regime deliberately tried to trivialise with badinage and deception. Now it is clear that the Turquzabad incident was true, as Israel and Mohsen Rezai said already. He has also confessed that it is accurate. 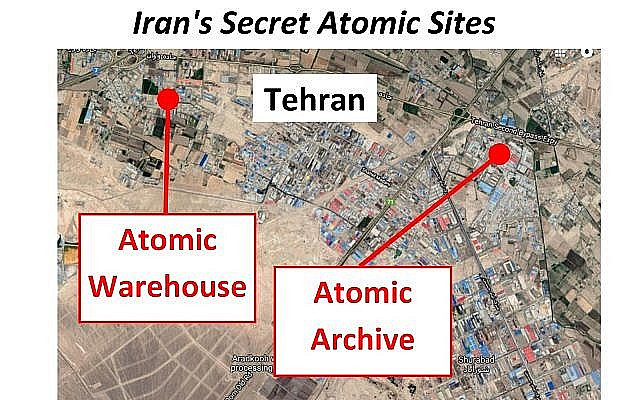 An image from a placard displayed by Prime Minister Benjamin Netanyahu during his speech to the United Nations General Assembly showing a suspected “secret atomic warehouse” in the Turquzabad district of Tehran containing up to 300 tons of nuclear material. (GPO)

This confession coincides with Iran’s announcement of the start of 60 percent enrichment, which is essential to pay attention to a few points:

It needs to be noted that Mahmoud Alavi, the regime’s information minister, recently that “if they push us to build a nuclear weapon, we have to build it. It clearly shows that they are moving forward step by step towards developing a nuclear weapon, a move that would intensify nuclear competition in the turbulent Middle East region. Recently, Arab League Secretary-General Ahmed Aboul Gheit pointed out that Iran is taking clear steps to achieve a nuclear weapon; otherwise enrichment of 60 percent can have no justification.

At the same time, Sheikh Hassan Rouhani, the head of the Islamic Republic’s government, has publicly stated that “90 percent enrichment is also in Iran’s fist”, which means that Tehran is far away. Until a nuclear weapon fluctuates between a few hours and a few days, and as a result, it would be naïve to imagine that negotiating the JCPOA could prevent them from reaching an atomic bomb.

If the regime acquires a nuclear weapon, the blame will be for the international community, as the regime’s Information Minister Mahmoud Alavi acknowledged it already.

It has even been said that under the influence of the lobbyists of the Islamic Republic, their seductive lies heavily influence Mr Mali. In a clear vase, the US will take the first step to lift a crucial part of the Islamic Republic’s sanctions, a move that could pave the way for the regime’s financial resources to reach the mullahs more quickly with nuclear weapons and feed proxy groups.

Despite such dangerous measures, some governments have been interested in negotiating and reaching an agreement with the Regime in Tehran. More interestingly, as the threats posed by the Islamic Republic regime and their uranium richness increase, the more anxious the United States and Europe become more eager than ever to reach a quick agreement with the mullahs’ government.

In the meantime, Israel is the only state fighting to keep the world safe by sterilising the Islamic regime’s nuclear progress in Iran. Netanyahu’s government, along with the Arabs in the region, has taken a more realistic approach to the Islamic Republic regime’s dangerous actions. Despite Washington’s advice to Israel to appease Iran, Netanyahu’s government has officially stated that it is unwilling to go any further regarding its security and not easy to take any potential risks Turquzabad affair and important documents obtained by Israeli security agents. It became clear that when the leaders of the Islamic Republic regime were unbelievably denied Israel’s operations in Turquzabad, parts of the international community were struggling to accept Israel’s operations in Turquzabad. Indifferent to Israel’s warnings, they were swearing in Tehran’s hypocritical deception. Now that Mohsen Rezaie, a senior official of the Islamic Republic regime, has acknowledged the reality of what Israel did in Turquzabad, it may be time for Israel to be recognised as a recognition reference and an international coordinator for dealing with Iran’s nuclear threats.

In my opinion, according to the immutable and unreformable nature of the mullahs’ regime in Tehran, it remains to be repeated and verified: the world is a safer world without the regime of the Islamic Republic of Iran.

*Turquzabad is a village in Kahrizak Rural District, Kahrizak District, Ray County, Tehran Province, Iran. The place is well known in Iranian proverbs, refers to a distant and outlier point where no one knows where this place located.

About the Author
Iranian journalist, blogger and human rights activist. Based in London, Hamidreza is the Times of Israel Persian service correspondent & Editor.
Comments