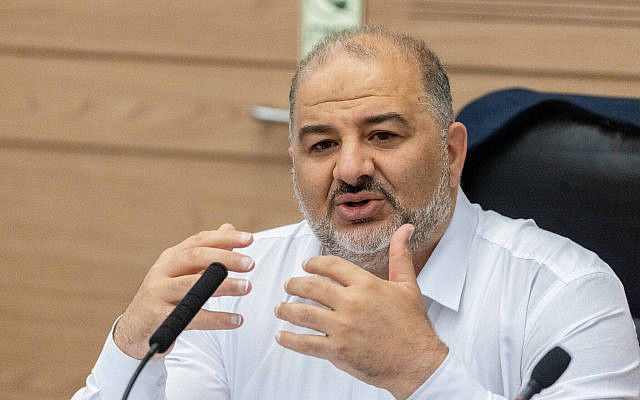 The West has got it wrong on religion.

All over the West, in the rich countries of Western Europe especially, you see a culture based on the assumption that religion is just a thing of the past – a dangerous, harmful, backward manifestation of the patriarchy used to oppress women and LGBTQ folks, and people who are not like ‘us’ in various ways, including race. Religion is seen as the enemy of freedom and liberty.

The problem is that the rest of the world just doesn’t see it that way. Everywhere else in the world people are committed to religion as a source of truth, meaning, and, yes, freedom. That’s what so many Muslim women in France are saying to the dominant, secular culture there: My hijab is not a sign I’m oppressed, it’s a choice that reflects my freedom, identity and agency. They’re deeply committed to this, just as I, as an observant Jew, am committed to refraining from all work on Shabbat and from eating pork or mixing milk and meat. Those restrictions are more a source of freedom for me – freedom from the materialistic obsessions of the secular culture I am also very much a part of – not a source of oppression.

The results of the Arab Spring, now over 10 years old, prove this centrality of religion. When its dramatic wave of protests and uprisings first swept over the Arab world, most of us in the West (including me!) thought it meant that the Arab populace was calling out for Western-style, secularist democracy. But, instead, it’s the political leaders who are open about the religion of Islam being their ultimate motivation who have often benefitted the most.

Surprisingly, and perhaps significantly for the prospects for democracy throughout the world, one of those Islamist politicians who have grown in stature in recent years is right here in Israel. This leader, Mansour Abbas of the Ra’am, or United Arab List, party, became one of the most prominent political leaders in Israel recently by acting as the ‘kingmaker’ who allowed Naftali Bennett and Yair Lapid to form their unusual government with its incredibly narrow, one-seat majority in the Knesset.

What makes Abbas so fascinating is that he is the kind of Islamist who is comfortable operating in the context of democracy, engaging in compromises and negotiations in the Kenneset for example. I have been so fascinated, as a lover of democracy (and religion!),  to watch this devout Muslim find his prominent place in the Bennett-Lapid government, using that place to negotiate on behalf of the interests of his constituents in the way that Jewish religious politicians have long used the democratic process to advocate for their communities’ needs.

I believe one of the great challenges for Western society going forward is the question of how we can have both religion and democracy. How can we have both sources of freedom in our lives, including our political lives? I hope the example of Abbas can be a model.

According to a lengthy and fascinating profile in Haaretz, Abbas’s rise is the product of dramatic changes in Arab Israeli society, involving not only a trend of a growing public embrace of religion, but also a growth in a new kind of middle class, one that often involves getting a university education. (A couple of summers ago when I was studying at Hebrew University’s main campus in Jerusalem, this seemed especially evident to me in the large number of young women I saw wearing hijabs there.)

Abbas’s party “is a reflection of the rise of religion in the public domain of Arab society. The Arab Spring and the revolutions that followed it,” one scholar of Islamic political thought, Mohanad Mustafa, was quoted saying in the Haaretz article. Another scholar said he saw Abbas’s party rise as a sign of a rising middle class: “These people are trying to reconcile their national-identity approaches with individual, utilitarian needs. As I see it, the political translation of this is Mansour Abbas, ” said Dr. Abdelkader Kenaaneh, an expert in Shi’ite political thought, according to Haaretz.

Abbas’s practical nature, negotiating for utilitarian needs rather than acting out of ideology and seeking revolution was already well evident by the time he was a student campus leader at Hebrew University, according to the Haaretz profile. Rather than join in the nationalist demonstrations of more revolutionary Arab student leaders, Abbas sought to negotiate with the university administration over practical issues like the conditions in their dorms.

Maybe it’s not surprising that such a significant figure as Abbas — one whose example might help bridge the realms of representative democracy and political Islam for all the world — has arisen in Israel. I often think of this country as expressing, in the most intense possible way, the worldwide faultline that lies between the Western world and the Global South. And while this faultline (too) often erupts in quakes of violence here, the fact that gets less coverage in the Western press is that this tiny country is also an incredibly complex place, full of both contradictions and creative, amazing solutions to seemingly intractable problems.

The (still) new government led by Bennett and engineered by his partner Lapid typifies the extraordinary capacity of people here to find innovative, surprising solutions. On paper, the government seems impossible. It is so broad to include partners from the strong right to the committed left (not to mention being the first Israeli government to include an Arab party).

In less than 24 hours as I write this, Sukkot – the Jewish holiday that most powerfully expresses the fragileness of living amid the margins and borders of life – will begin. It’s also perhaps the most practical of the Jewish holidays, heavy in practices like building the structure of the Sukkah and waving the lulav and etrog, but relatively lacking in the kind of powerful narrative story that Pesach possesses.

May it be the will of the Blessed Holy One that we indeed find our way to righteousness, justice, and peace. Even if we only get there one step at a time.