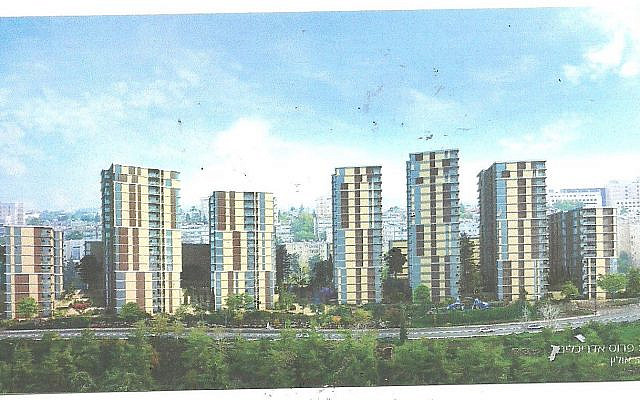 A view from the Jerusalem Forest, here are the towers alone, with the six-story buildings behind them intentionally kept out of sight. (credit: Prus Architects)

As the Beit Hakerem neighborhood in Jerusalem celebrates 100 years since its founding, the municipality, having abandoned the statutory “Beit Hakerem Master Plan” it sponsored after 13 years (!) (all points to breach of trust and malpractice), is backing several large-scale building projects that are sure to destroy the neighborhood’s intimate character forever. Of these, the urban renewal destroy/build project approved for Haarazim Street bounding the Memory Garden is the largest.

154 apartments are to be destroyed, 401 built in their place. Six 6-story buildings will border the street, behind them, seven towers varying in height between 10-19 stories. Four levels of underground parking will be constructed for no less than 600 cars, two parking garage entries situated insensitively facing neighboring buildings. Included in the plan are two small public buildings, 15 buildings in all. Several parking spaces, critical to the existing commercial center are to be cancelled.

Public participation in the planning process was limited to residents of Haarazim Street alone, the project kept secret for years from all other neighborhood residents who will definitely be affected. Its physical environmental context wasn’t presented to the District Committee Planning and Building Committee, nor did they demand to see it. Plan documents blurred the six-story buildings behind the towers.

Among the District Committee’s main arguments in support of the project was its proximity to the light-rail line on Herzl Boulevard, entirely ignoring the fact that Herzl Boulevard is four and a half stories above Haarazim Street and that even if you make the climb you must walk hundreds of meters more to reach either of the two closest light-rail stations – Denmark Square and Yefe Nof.

It lauded the proposed six-story buildings as being the same height as existing buildings opposite, stating incredibly that this was in keeping with the street’s character, turning a blind eye to the double! row of massive buildings, not to be found anywhere in Jerusalem.

The plan calls for widening Haarazim Street, today a one-way street, already clogged up. 600 more cars here means cars backing up into Herzl Boulevard, sure to impact the entire neighborhood.

An alternative proposal presented to the Committee, prepared in consultation with members of Beit Hakerem’s neighborhood’s planning committee called for just five buildings placed perpendicular to the street so as to allow for maximum t r a n s p a r e n c y, enabling existing buildings opposite views of the Memory Garden and the Jerusalem Forest. Three parking garage entries were carefully situated to least disturb neighbors, all buildings accessed directly from the street. Proposed were 350 apartments, not 401, less cars and costly excavation. The axis connecting Hameyasdim Street with Haarazim Street and the Memory Garden, enables existing on street parking of the commercial center to remain. Needless to say, this alternative was rejected by the Committee, for how could they accept a plan prepared in just one week as better than one prepared over five years.

But perhaps most disturbing – an important difference between this project and hundreds of others, is that Architect Carlos Prus, former head of the United Architects Association Jerusalem branch, an experienced and gifted architect, was its designer. His talent is evident here in the design of the project’s buildings, beautifully proportioned. The problem, apart from his ethics, is the site plan — horrendous urban design, the beginning of the end of Beit Hakerem as we have known it. 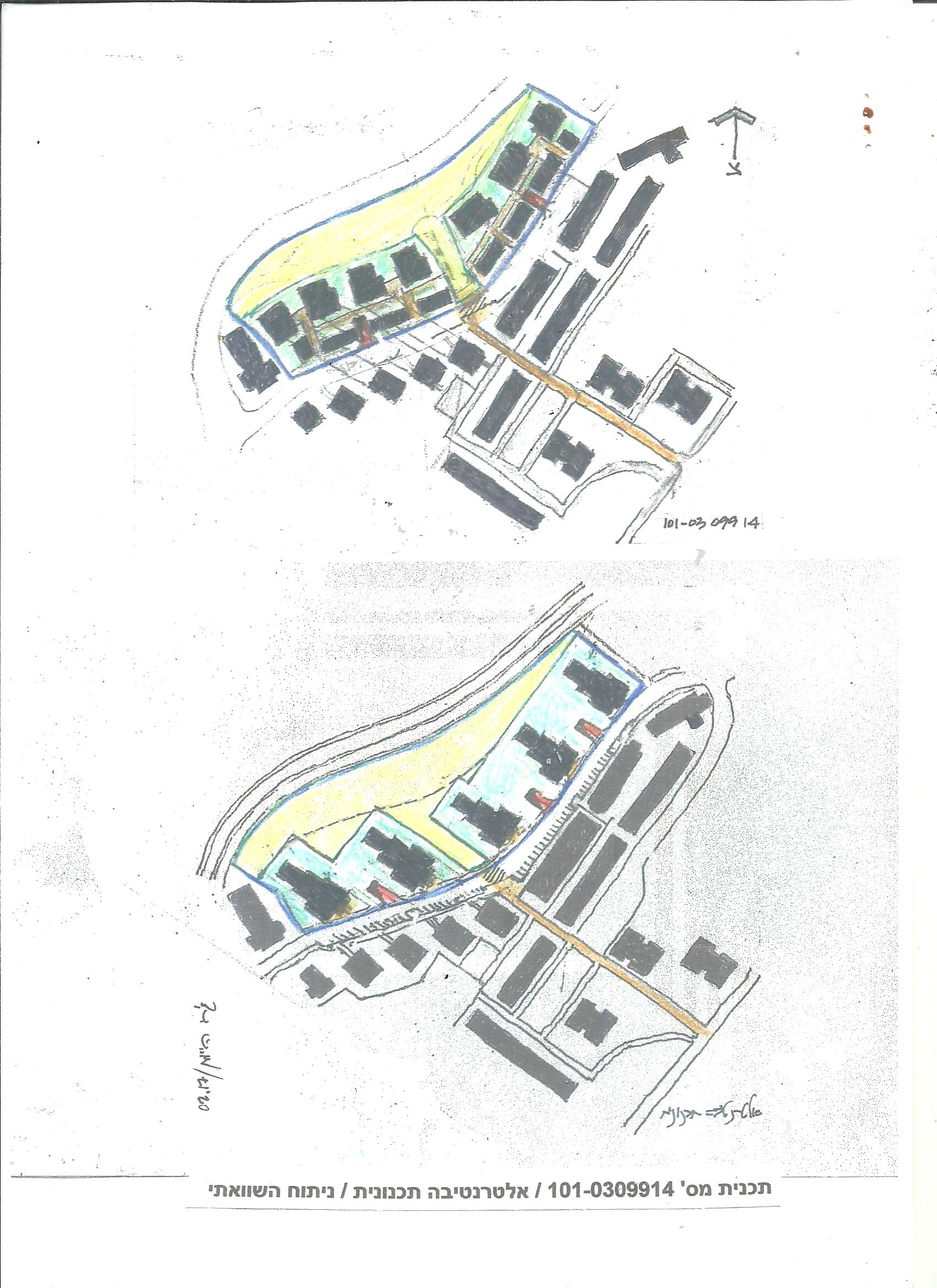 Above, the plan of the approved project. Below, the alternative designed in one week. (courtesy)
About the Author
Gerard Heumann is an architect and town planner in Jerusalem.
Related Topics
Related Posts