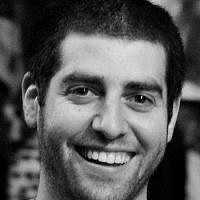 The Blogs
Ron Shapiro
Apply for a Blog
Advertisement
Please note that the posts on The Blogs are contributed by third parties. The opinions, facts and any media content in them are presented solely by the authors, and neither The Times of Israel nor its partners assume any responsibility for them. Please contact us in case of abuse. In case of abuse,
Report this post.

As we horrifyingly read the news every day, so many of us unable to prepare mentally for the Pesach seder that we so dread to do alone, we’ve turned to rabbinic figures asking age-old and brand-new questions.

The Torah describes Pesach Sheni, the second-chance Pesach for the ritually impure. Can we delay the Seder by a month? Even if that were halachically possible, does that just kick the can down the road? Will we be more equipped in one month than we are now?

Can we do the seder on Zoom? The possibilities and answers to this question are evolving each day, and we’ll likely debate their merits and shortcomings from all angles long past this Pesach. But the intention is clear: in an evening that defines our nationhood and in many cases a sense of family and community, the idea of maintaining distance feels antithetical. For how else can we truly recite the call for all who are hungry to come and eat when we are barred from enjoining with our closest and most loved?

The Rabbis that we read about in the Haggada discuss yet another option for adjusting the parameters of the seder, though one that has received less discussion amidst the novel coronavirus pandemic. Can we do the seder early, even as early as Rosh Chodesh? And if not that early, perhaps we can start before nighttime begins? Even 2,000 years ago, Jews were eager to get a head start on the night. And even though the Seder has educating children in its DNA, we are told that even for them we cannot begin before nightfall: the Seder has a specific time that is immutable.

The Mock seder, however, is a rebuttal that in many years is playful and this year could be essential in our Pesach experiences. It allows us to connect over Zoom with our loved ones and experience many of the aspects of the Seder that we know and love without modifying the parameters of the Seder night itself.

Four years ago, my Abba was admitted to the hospital in February in what would begin his final push to defeat pancreatic cancer. In his hospital bed first and later when he returned for home hospice, he repeated that he wanted to make it to Pesach. Multiple times a day he would return to this idea, even as his ability to walk and speak deteriorated. Even as the holiday drew closer, the likelihood that his wish would come true seemed less and less likely.

We made arrangements to do the Seder at my Mom’s nearby in the event that my Abba’s was not feasible for celebrating the holiday. “I want to make it to Pesach” reduced to just “Pesach” in the final days before the Seder. I would repeat “yes,” but my heart would skip a beat each time.

On Erev Pesach, with his speech all but gone, we realized that yes, he would make it to Pesach, though not in the way he intended and that we had hoped. His all but non-existent diet relied upon food that was not Kosher for Pesach and the care he needed at home would have made celebrating the holiday challenging. There is no seder that I have ever looked forward to as much as the one that was now not going to happen due to technical reasons.

So instead, in the hours before the seder we held a Mock Seder which is cemented in our family’s history books. There was no matza, not even a single cup of wine. But we held haggadot and surrounded my Abba’s hospital bed, singing every song that he loved. It was not a seder, but it had all of the memorable elements of the seder. We could tell from his smile that his dream had come true.

About the Author
Ron Shapiro is a software engineer at Google. Now living in Jerusalem, he previously helped to create and grow the uws//jews community in New York City. He recently created talmud.page, a website to ease reading the Talmud on the go. Ron is a proud graduate of the Joint Program with Columbia University and the Jewish Theological Seminary.
Related Topics
Related Posts
Ron Shapiro
Comments