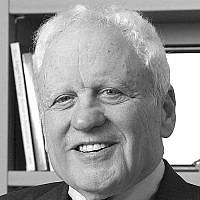 Yom Kippur marks the culmination of the Days of Awe, the Yamim Noraim, that began on Rosh Hashanah and ends with the blowing of the shofar at the conclusion of N’eilah, “when the gates of heaven are closing.” But what is it that we are in awe of?

Rosh Hashanah commemorates the creation of the universe. Nothing inspires awe so much as the universe itself, the galaxies and black holes.  If you are a Big Bang theorist, there has been nothing like it. Hayom harat olam, “today is the day the world was created”, we say on Rosh Hashana – and what is the Big Bang if not harat olam?  The Big Bang makes former President George H.W Bush’s “shock and awe” look like fireworks on the mall.

But for us, the children of Israel, the meaning of creation is that God exists independent of nature. We do not deify nature. That was the pagan way, but for 12th century Jewish philosopher, Maimonides, the very definition of idolatry is to worship the creation and not the Creator. Nor are we mistaken, philosophically speaking, for equating God with nature. We need only turn to the Book of Kings, which tells of Elijah’s search for God.  First on Mount Horeb (Sinai), but God was not in the mountain. Then he sought God’s message in the wind, but God’s message was not in the wind. Nor was it in the earthquake that followed. Finally, Elijah heard “a still small voice”, qol demama daqa. God was the voice from within him. Nature is the wrong place to seek God, except to acknowledge nature’s beauty. God exists in the small voice within us.  We have the capacity as human beings to hear God’s message.  We know of no other species that has this capacity.

Let me suggest that this is why we are taught that we are created in God’s image.  Not in God’s physical image, for as Maimonides taught us, God is ineffable, invisible, incorporeal, without physical form.  This is reaffirmed in our liturgy in the qedushah, where we ask “Where is the place of His glory?”  Ayeh maqom kevodo? And the answer is kevodo maleh col haaretz, “the whole world is full with His glory.”

Our prayers speak of “our Father in heaven”, avinu she’bashmayim, but they were composed long before scientific astronomy and space exploration, when we did not know much about the heavens as a physical place but thought of it, metaphorically, as God’s dwelling place. But as the qedushah reveals, God is not in a single place. He dwells within each of us.

As Maimonides wrote in the beginning of the Mishneh Torah, we personify the Ineffable because of our limitations of intellect and language. It is God’s spirit (ruach) that dwells within each of us, and it is God’s ruach that conveys God’s message, not the heavens and not nature.  This brings us back to Yom Kippur.

From Kol Nidrei to the end of N’eilah we recite prayers of repentance and  fervently pray for forgiveness. And so the question that we must ask ourselves is whether Yom Kippur is truly transformative, or only a 25-hour ritual after which we return to our old ways.

Let me suggest that t’shuvah, which is commonly translated as “repentance” is better understood as “returning'”, the experience of being restored to God’s message, to the small voice that dwells within us.  And what is that message? Surely it is not only a ritualistic formulation of 613 commandments, many of which we have not been able to perform since the destruction of the Temple. Long before the Talmud and the Shulkan Arukh that codified the 613 commandments, and the entirety of halakhic literature that followed, the Torah proclaimed that God chose Abraham, and blessed him as the progenitor of  the Jewish people. Why Abraham? The Torah’s answer is that Abraham, his household and sons, will do what is right and just.

The mitzvot — both the chuqim and the mishpatim, the ones whose reasons are unknown to us and the ones for which we can give reasons — are the pathways for the pursuit of virtue that reinforce our particularity as Jews and lead us to the underlying ethics of our faith, knowledge and virtue. And for those among us for whom Yom Kippur may not be wholly transformative, may we still hear the small voice within us, the voice of divinity.

About the Author
Alfred H. Moses served as the American Ambassador to Romania, Special Presidential Envoy and Senior Advisor to the President. He is a published author and columnist in the U.S and abroad.
Related Topics
Related Posts