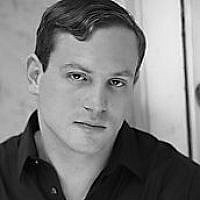 The Blogs
C.B. Davies
Apply for a Blog
Advertisement
Please note that the posts on The Blogs are contributed by third parties. The opinions, facts and any media content in them are presented solely by the authors, and neither The Times of Israel nor its partners assume any responsibility for them. Please contact us in case of abuse. In case of abuse,
Report this post.

2020 has been a weird year for theater in the world and in the Jerusalem English Theater Community. We have seen new theater companies emerge and older companies move on. We have seeked new ways of doing theater when the old ways just couldn’t happen. COVID – 19 and lockdowns became a regular occurrence in our lives and what people knew as theater either stopped entirely or completely changed.

In 2018 I was in New York and met a few people at a bar celebrating the end of a successful New York New Works festival. I said I was from Israel and someone there started a conversation with me about what it could mean to do virtual theater where someone from one country joins someone from another country onstage. Another woman that I met there was involved in the conversation and unbeknownst to either of us we actually ended up making this happen in 2020.

Theater in general changed this year. Some say for the worse and some say for the better. But all I can say is that we saw new theater and a lot of creativity from new sources that has shown the resilience of theatermakers all over the world and especially in Jerusalem.

While there were a few live productions in our community in the beginning of 2020 with Fiddler on the Roof produced by Beit Hillel ending right at the tail end of 2019 on December 29th, the COVID – 19 crisis and ensuing lockdowns of society eventually shut down most productions. But our community has been as resilient as ever and while theaters were closed there were still theatrical moments throughout.

But let us first reflect on what has actually happened this past year.

In the beginning of January we had one of the older companies, Encore, produce Rothschild and Sons at Beit Shmuel, which happened to be the last of a triple header of Sheldon Harnick and Jerry Bock musicals done in the community since November with J-Town’s She Loves Me and Beit Hillel’s Fiddler on the Roof in December. Also in January, a new company called Theatre Zion produced an original production of The Trial of Uncle Charlie by Yehudit Shier Weisberg at the Khan Theatre. Theatre Zion is run by Arye Weisberg and his wife who have produced many productions in Canada before making aliyah and starting Theatre Zion.

Then Israel Musicals produced Of Thee I Sing at Beit Shmuel. A musical about the ludicrousness of politics, which we saw a bit of in reality in 2020.

In February we were touched by J-Town Playhouse’s The Last Five Years by Jason Robert Brown which was J-Town Playhouse’s goodbye show to AACI. The AACI decided to close down their theatrical space that was used for dozens of different productions and hundreds of cultural events over the past eight years. Where J-Town Playhouse will end up in the future, who knows. But they also pivoted to virtual theater, which we will get to soon.

At the same time Theater in the Rough produced The God of Carnage by Yasmina Reza in people’s living rooms which was a big success.

In March we saw Starcatcher’s Chicago but unfortunately it only lasted a few performances due to the first COVID – 19 lockdown. It was a masterpiece and Starcatcher always challenges itself to be better. The hope is that when live theater can happen again they will continue to bring challenging theater at its best to the live stage.

And then theater spaces were shut down and what was the community to do?

Well the first foray into the virtual space was readings with Theater in the Rough’s King Lear, Jerusalem Public Theater’s Twelfth Night, and JET Community’s CB Davies reading Paradise with playwright Yasmine Beverly Rana. Theater in the Rough did another reading of The Rivals by Richard Brinsley Sheridan as well.

Then CBDB Productions produced a special virtual reading of Vilna by Ira Fuchs for Yom Hashoa.

After that JET Community launched JET Live! which saw many artists from the community in Jerusalem as well as artists from Broadway, the Philippines, and other places come together online in special interviews to talk about theater and keep each other positive and build a community feeling during the lockdowns.

And thanks to that, JET was able to have a workshop with Yael Silver, alumnus of the JET Community and producer on Broadway. She was able to speak with artists in our community about what it means to be a producer and her journey.

In July CBDB Productions produced The Fallen by Yasmine Beverly Rana which worked on making the virtual space more than just a reading. You can still view this play on Facebook.

At some point during this time Aviella Trapido, producer and director of J-Town Playhouse and Yael Valier, producer and director of Theater and Theology met at a routine dentist appointment check up and went on to create and produce together Corona Monologues, a series of monologues of different perspectives about COVID – 19 and the period we are living in. It featured a talkback with Rabbi, psychologist, and artist Rabbi Dr. Krug.

A new theater initiative by Crossroads Jerusalem, a youth theater project called Crossroads Theater Shed, produced a virtual ten minute play festival with talkbacks with the playwrights and the youth.

The Shine/Markowitz Family produced a theatrical movie with the community of “Joseph and the Technicolor Dreamcoat” for their son Adin’s Bar Mitzvah celebration which was a huge hit.

And right at the end of the year after experimenting with virtual readings and productions CBDB Productions produced After Rome by Yasmine Beverly Rana on December 27th.

All of these projects featured something that may not have been possible in the past. People from all over the world were involved with these productions. Including playwrights themselves, other artists, and friends and family that would have never been able to be a part of the special community that is Jerusalem English Theater.

During all this time different companies did try to prepare for the inevitable time when live theater would happen again but the timeline of COVID – 19 did not allow this in 2020. We hope soon in 2021;

Chitty Chitty Bang Bang by Israel Musicals rehearsed with social distancing throughout the summer but ended up stopping without performing.

Henry IV: In Motion by Theater in the Rough rehearsed with social distancing in the summer, also without performing.

Raise Your Spirits has been rehearsing their new show via Zoom and live with social distancing called “Rebecca! Mother of Two Dynasties”

And Theater in the Rough has planned a special event of Shakespeare Monologues with different artists in the community and beyond to perform in a park when it again becomes possible.

And to quote one of our community, Toby Greenwald, “Like all of the community theaters in Jerusalem and elsewhere, it is never just about “the show.” Whoever has tried to rehearse a show or put up a show even in these trying times the feeling of community that we create and the spirit that theater brings to our lives can never be taken away. Somehow we will see the end of COVID – 19 and the beginning of live theater, with a few virtual performances here and there. On to 2021!”

We’re entering 2021 with the actual vaccine. We will see the end of COVID – 19 and live theater will be renewed. But our hope is that everything that has happened in 2020 will continue to make us stronger as a community and as people and artists. And our new horizons have only just begun.

This post can also be found on jetcommunity.org where you can find out all about the happenings of Jerusalem English Theater, the theater companies in Jerusalem that perform in English, and much more about theater.