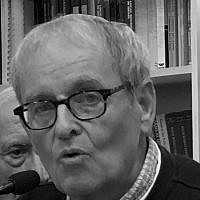 The Blogs
Irwin Mansdorf
Apply for a Blog
Advertisement
Please note that the posts on The Blogs are contributed by third parties. The opinions, facts and any media content in them are presented solely by the authors, and neither The Times of Israel nor its partners assume any responsibility for them. Please contact us in case of abuse. In case of abuse,
Report this post. 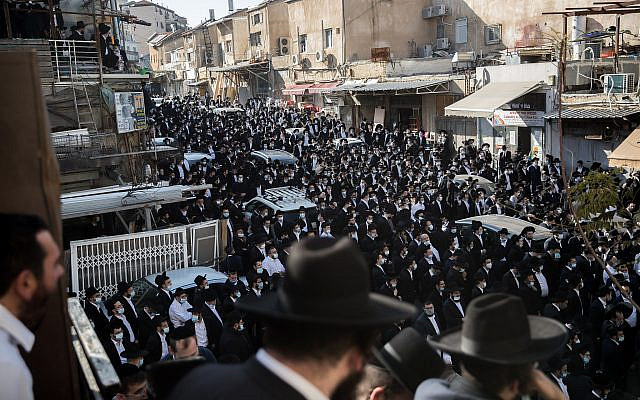 The coronavirus pandemic has caused us to see many things, but more than anything, it has highlighted a grand failure of simple common sense. And nowhere has the crippling of common sense been more disappointing than in Jewish “ultra-Orthodox” (Haredi) communities.

Yes, we know that the denial, distortion and ignoring of the coronavirus pandemic has been widespread. A peek on the streets of almost any city in the world will show people disregarding masking, ignoring social distancing and no doubt engaging in cognitive distortions that range from “it won’t happen to me or my family” magical thinking to the dark corners of deep state conspiracies that include Bill Gates and the FBI. We know other communities are just as guilty. So why pick on Haredim?

Because their leaders, their rabbis, are not the vain and valueless icons of a secular world where self-indulgence and immediate gratification abounds. These are people who should understand what being a light unto nations is all about, and they of all people should know better and set an example. They should be the epitome of “kiddush haShem.” Instead, they stand out like a sore thumb as examples of the opposite. Defending them by comparing their behavior to other groups who also violate guidelines effectively lowers them to be no worse but also no better than the others.

In a world where what leaders do determine what the flock does, Haredim have much to be proud of. An extraordinary sense of community responsibility has created a plethora of organizations that feed the poor, care for the sick and tend to almost any individual need that a community requires. The sense of civic duty, the caring for one another and the spiritual uplifting that we see in places like Bnei Brak and Boro Park are models that others could and should emulate.

So many acted as if there was no disease, or if there was, it was not all that serious. In Israel, suspicion of government motives morphed into accusations that guidelines were meant to specifically target only Haredim. In the diaspora, attempts to enforce guidelines that were also meant for everyone were met with accusations of “anti-Semitism.” Masks, the most “common sense” action we can all do, were seen as intrusive, bothersome and really not effective. Social distancing was but a ploy to suppress religious study and destroy Jewish practice. Rather than embrace the judgment of medical and scientific professionals, many Haredi leaders ignored warnings and did not do enough to enforce guidelines, amazingly despite the danger and death, it brought to their own communities.

Yes, we know that it was difficult, we know of the crowded living conditions, the lack of accessibility to internet-based activity and perhaps the lack of reliable information. And we know that many individual Haredim did act appropriately and responsibly. But how can one explain the masses that gather for funerals of Haredi leaders who succumbed to a virus that is spread by the very gatherings their people now attend? How can we explain large weddings attended by maskless rabbinical leaders, some of whom got sick because of their attendance? The community Hanukkah gatherings, indoors, not distanced and without masks? Where was the example and where were the pronouncements to a community whose members would not dare attend had rabbinical leaders prohibited attendance? Where was common sense?

How can a Haredi publication publish this: “Of particular concern is (sic) children who are constantly mixing with others at school, and who then go to visit their vulnerable grandparents who of course desire to spend time or a meal with those whom they love,” and then, in very same publication on the very same day, proudly publish a feature story with photos of a “a big crowd of families and friends” in a non-socially distanced indoor maskless school-sponsored gathering with dozens of school-aged children, teachers, rabbis and parents? How can another Haredi publication bemoan the serious condition of a Yeshiva head that contracted (and eventually succumbed to) the virus, stating in the very same article, apparently oblivious to what they were writing, that he was so healthy that he attended a wedding only two weeks earlier?

Despite dubious and somewhat arrogant claims that “we all had it,” the virus continues to spread in Haredi communities, as it does everywhere else. But unlike many communities, we still see mass denial, which a cursory glance at any Haredi publication on almost any day will show. So what if they possibly “all had it”? Does that allow the flaunting of this so-called freedom in front of others who have not? Does it allow one to act in a way that others may mistakenly believe to be proper? Does it allow separation from the greater community and allowing for one group that is not allowed for others? And what if, as we certainly now know, not “all had it” and wantonly ignoring guidelines endangers others, as it certainly has?

So why be upset at Haredim? Because in a community where Torah values are so important, values such as “la’ag l’rash,” “mar’it ayin” and even “m’pnei darchei shalom” — are being ignored and set aside. But more important, the value of an individual human life, of “pikuach nefesh” is now secondary to other concerns.

The rush by Haredi leaders to almost unanimously endorse COVID-19 vaccines, relying on the same professional medical opinion that was ignored when it comes to COVID-19 behavioral guidelines, begs the question, why? Why is the science correct enough when it comes to individual vaccination, but not correct enough to discourage group gatherings? And since when did engagement parties, weddings and funerals take precedence over government required temporary restrictions meant to save lives?

The answer unfortunately may be a sad commentary where social and political factors seem to take precedence over Jewish law and, of course, common sense. This is why we see many Haredi leaders in public and with their followers, not heeding nor encouraging distancing nor wearing masks. We see far too few examples of Haredi leaders who state publicly what is obvious to most responsible people. The science that allows vaccines that protect people is apparently not the same as the science that requires people to be separate and without the spiritual comfort and perhaps spiritual control that the group provides and that the group leader exerts. In normal times, the community values of the Haredi world and the spiritual sustenance provided by its leaders are to be admired. In times of crisis, in the past and now in the present, there are far too many examples of failure to lead, failure to serve as models and failure to save people who could have been saved.

The crippling of common sense in many Haredi communities followed misinformation, rumor, social pressure and statements by leaders whose knowledge of the infectious disease was no better than their knowledge of how to change a flat tire. Yet while they certainly would follow the advice of the local mechanic on how to change a tire and protect a car, they brazenly ignored the advice of medical experts when it came to behaving in ways that would protect lives. Eventually, the pandemic will be controlled and perhaps a reckoning of sorts will take place, a “cheshbon nefesh” where accountability will be demanded of leaders who traditionally have cared for the people more than they cared for themselves. Judging from recent history, that is not likely to happen, but, as we say in our prayers, we can hope for “chadesh yameinu k’kedem.” Renew our days as of old.

About the Author
Irwin J. (Yitzchak) Mansdorf, PhD is a fellow at the Jerusalem Center for Public Affairs specializing in political psychology and an adjunct professor of psychology at Long Island University in Brooklyn. He has recently conducted several studies on the behavioral aspects of the covid-19 pandemic and continues to study the evolving nature of how people and communities behave as vaccination efforts begin.
Related Topics
Related Posts
Comments