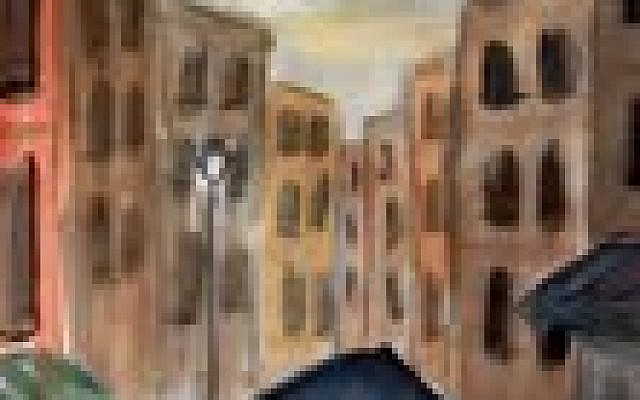 There has always been a certain divide between rulers and ruled. That is the way of the world, whether in ancient Mesopotamia, the ancient Land of Israel, ancient Greece and Rome, the various nations of Europe and all over the world. The relatively recent attempt (in historical terms) to introduce an element of fairness into the system has had its successes and its failures, whether in the shape of democracy or some form of socialism, but there is no getting away from the fact that countries have to be governed, and some people seem to feel the urge to govern them.

Modern western societies have sought to elect the people who govern them by means of a system that is considered equitable and fair, namely democracy. Representatives of segments of the population or of specific regions are elected by ballots cast on a universal basis, supposedly guaranteeing equal representation for all, with rule by the majority being generally accepted as the best solution.

So in theory, as the American Declaration of Independence states, all men (and women by now) are considered equal. We’ll disregard the fact that at the time that Declaration was made neither women nor black people had equal rights, and it has been a long, hard struggle to achieve that. But the principle remains that essentially every individual is considered to be equally valuable to society, and each person’s voice has the right to be heard.

In Israel today, so the theory goes, there is no entrenched ruling class, such as there once was in England, France, and other European countries. Even in those countries it is considered appropriate today for the government to comprise representatives who have been democratically elected. When Israel’s founding fathers established its ruling institutions the emphasis was on the equal distribution of wealth, the absence of class distinctions, and the need for society to care for the weak and the needy (thus following traditional Jewish values). In fact, in the early days of the State of Israel very few people were wealthy, most of the political leaders lived in modest circumstances, and several remained (or later became) members of a kibbutz (where the principle of the equal distribution of goods was paramount).

During the course of its existence the ethos underlying Israel’s social fabric has shifted away from the principle of equality. Today it is considered acceptable, albeit not entirely desirable, to have a society of ‘haves’ and ‘have-nots,’ and despite the attempts to provide for the economically disadvantaged, this divide seems to be becoming ever more firmly entrenched.

Another overriding principle underlying most modern societies – Israel included – is that of justice, the concept of equality before the law, that no one can be considered above the law. And this brings us to painful recent events which have further deepened the existing rift within Israel.

The Coronavirus pandemic has disrupted societies all over the world, causing lockdowns and economic hardship for many. The U.K. has recently been riven by a scandal over the unsanctioned cross-country drive (supposedly to obtain care for his child) by a senior government advisor, thereby breaking the lockdown rule which the rest of the country has been obliged to obey. The Prime Minister has refused to condemn that act, and so the concept of equality before the law is destroyed.

The President of the USA has openly declared that he will not wear a mask, even though this is the medically recommended way of avoiding transmission of the disease. He, too, seems to consider himself above the rules which ordinary folk are required to follow.

England and the USA are not alone in having political figures who flout the rules which the general public is supposed to observe. At the recent Pesach (Passover) festival, at which it is customary for families to eat the festive meal together (the Seder), for the first time in Israel’s history families were forbidden to congregate, and many people were forced to sit alone or communicate with their relatives by electronic means (Zoom, etc.).

It did not take long, however, for the news media to publish photos of the Prime Minister, Benjamin Netanyahu, enjoying the Seder with his son who does not live under the same roof as him. To make matters worse, the President of Israel, Ruby Rivlin, was also shown in the company of his grandchildren, who do not share his home.

Israelis expressed outrage at this blatant demonstration of hypocrisy by the very leaders who had called on them to observe the strictest terms of social isolation. However, instead of calling for their resignation, the public seems to have shrugged its shoulders and simply carried on. At least the strict lockdown restrictions were eased soon afterwards, whether prematurely or not time will tell.

But the most flagrant example of spurning the principle of equality before the law is being provided by the current Prime Minister. After evading justice for years by a series of legal and political ploys, Benjamin Netanyahu was finally brought before a court of law on charges of corruption, bribery and misappropriation of funds. Any other politician so charged would have resigned (or at least committed suicide) long since, but not Mr. Teflon. After his long fight against being brought to justice, just before he entered the courtroom he managed to bring additional shame on Israel’s political structure by launching an unbridled attack on the police, the media, the judicial system (comprised of judges appointed by his government) and the Attorney General.

In a normal country he would feel obliged to resign at this point, but he shows no intention of doing so, and will continue to sling mud in every possible direction until, so it seems, he has succeeded in undermining all the institutions that have been put in place to protect our society from the ravages of demagogues who seek to remain in power at all costs.

Democracy is still maintained, at least in theory. The only problem lies in the inability of the electorate to see through politicians’ lies and chicanery; and to realise that there’s one law for them and another for us.