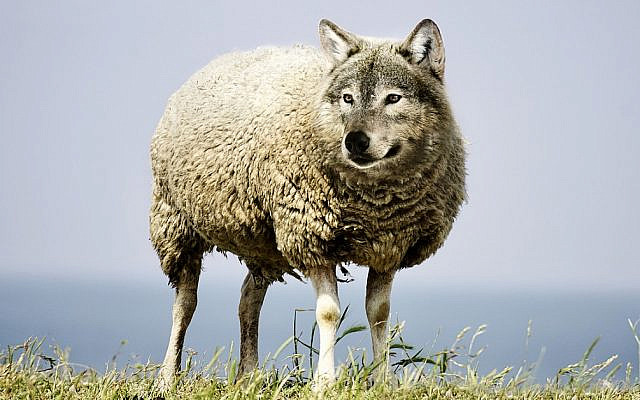 H. P. Blavatsky made enlightening commentaries on a Tibetan sect which presents itself as Buddhist. The ideas and methods of this sect are relatively fashionable nowadays, due in part to the influence that the writings of Carl G. Jung still have in some “esoteric” circles.

The name of the sect is Ningmapa or Dug-pa, and H.P.B. wrote about it, in her 1882 article “Reincarnations in Tibet”.

It is perhaps a challenging fact for students of theosophy in the 21st century that a well-known thinker as Carl Jung was connected to the Ningmapa sect literature, as well as to their methods and occult inclinations. As we shall see, one of the main Ningma “best-selling” books – the so-called “Bardo Thodol” or “Tibetan Book of the Dead” – had a long- standing personal influence on Jung and received an enthusiastic public support from him.

In a footnote to her article “Reincarnations in Tibet” H. P. Blavatsky explains:

“The term Dug-pa in Tibet is deprecatory.  They themselves pronounce it ‘Dög-pa’ from the root to ‘bind’ (religious binders to the old faith); while the paramount sect – the Gyeluk-pa (yellow caps) – and the people, use the word in the sense of ‘Dug-pa’, mischief-makers, sorcerers.” [1]

The name “Ningma-pa” is also transliterated from the Tibetan language as “Nyang-na-pa”[2].

In the main text of the article, at the same page, H.P.B. describes the sect thus:

“The ‘Dug-pa or Red Caps’ belong to the old Nyang-na-pa sect, who resisted the religious reform introduced by Tsong-kha-pa between the latter part of the fourteenth century and the beginning of the fifteenth centuries.”

This is, then, the theosophical view about the Ningma-pa or Dug-pa “Tibetan Buddhist” sect. The Dug-pas are mischief-makers. Theosophists, on the other hand, are truth-seekers. The motto of the theosophical movement is – “there is no religion higher than truth”. Theosophists revere truth above everything else. Dugpas prefer to create a cloud of confusion between truth and falsehood, in order to attain their own goals and to serve their vested interests.

Having said that, we must see whether there are evidences showing that “The Tibetan Book of the Dead” is actually a Ningma text;  and that it has no relation whatsoever to Theosophy or to any theosophical sources.

The Bardo Thodol is Ningma

In his Introduction to “The Tibetan Book of the Dead”, the editor and compiler of the volume frankly admits:

“Our text being of the primitive Red-Hat School  (….) [it]  has been deemed  by us to be substantially representative of the original version, which, on the basis of internal evidence derived from our manuscript text, was probably, at least in essentials, pre-Buddhistic.” [3]

Here Mr. Evans-Wentz confirms H.P.B’s description of the dug-pa “philosophy” as pre-Buddhist in fact, although being externally presented as Buddhist.  In his Introduction, Evans-Wents forcefully attacks the Gelug-pa sect and promotes the interests of his own Ningma lineage.

There are several other evidences that the Ningma-pa character of “The Tibetan Book of the Dead” or “Bardo Thodol” is beyond question. Dr. Jean-Louis Siémons, a long-time associate of the United Lodge of Theosophists in Paris, has written an accurate essay about this work. Mr. Siémons says:

The Ningmapasic identity of the “Bardo Thodol” is also stated by the Dalai Lama himself. [5]

It is true, though, that Mr. Evans-Wentz suggests in his Introduction (p. 72)  that the Gelug-pa sect also uses the book.

Dr. Jean-Louis Siémons clarifies the issue and shows that the idea is false. He refers to the time when H.P. Blavatsky still lived:

“During those years, the 1880s, when Theosophy made an opposition to Spiritualism in attempting to explain in a rational way the famous ‘communications with dead people’, one sees that the very  Masters of Mrs. Blavatsky exchanged, with some Englishmen who lived in India, an intense correspondence on the subject. On these letters, the ‘Bardo Thodol’ is not mentioned. Just the opposite: from the mass of information given, it is possible to get to a very consistent model for the explanation of the consciousness’ experience after death, which, while being quite different from the scheme offered by ‘The Tibetan Book of the Dead’, has the advantage of explaining the crucial experiences narrated in our end of century by patients who have been reanimated in extremis.” [6]

The theosophical teachings say that the whole after-death process takes place in a natural way. It develops according to the law of the karma. On the other hand, the Ningma “Book of the Dead” purports to be a book of practical instructions for those who want to avoid the Law of Karma.

The goal of avoiding Karma is self-evidently dugpasic or Ningma. It is also inimical to Theosophy. Karma Law teaches the need for Ethics, and this idea is essential to the esoteric philosophy.

Carl G. Jung completely ignored the Law of Karma in his books and writings. He also avoided writing about or defending any sort of Ethics. In these points, among others, Jung thought and wrote as the Ningma-pa do.

What is the viewpoint, then, defended by Carl Jung with regard to the “Bardo Thodol” or the Tibetan Book of the Dead?

Amidst a large amount of complimentary commentaries, he confesses:

“For years, ever since it was first published, the ‘Bardo Thodol’ has been my constant companion, and to it I owe not only many stimulating ideas and discoveries, but also some fundamental insights. (…..) Its philosophy contains the quintessence of Buddhist psychological criticism; and, as such, one can truly say that it is of an unexampled superiority.”[7]

On the same page, Jung makes this statement:

“I am sure that all who read this book with open eyes, and who allow it to impress itself upon them without prejudice, will reap a rich reward.”

It is a well-known fact, recorded in History, that Jung had sympathies for Hitler’s Nazism.  Erich Fromm, the 20th century thinker, wrote that such sympathies occurred in part because both Adolf Hitler and Carl Jung had necrophilous characters. In other words, they loved death. After a few pages describing Jung’s inclinations toward disrespect for life and his affinity with life-denying activities, Fromm added, referring to Jung:

“His sympathies for Hitler and his racial theories are another expression of his affinity with death-loving people.” [8]

This is an important factor from the viewpoint of esoteric philosophy. Theosophy promotes the love of Life and Truth. It fights antisemitism and teaches respect for all beings. It also specifically condemns necromancy. H. P. Blavatsky wrote that this was from the beginning one of the basic differences between Tsong-kha-pa’s Buddhism and the anti-evolutionary Ningma or “Dugpa” sect.

“It was because, among many other reforms, Tsong-kha-pa forbade necromancy (which is practiced to this day with the most disgusting rites, by the Bhons – the aborigines of Tibet –  with whom the Red Caps, or Shammars, had always fraternized), that the latter resisted his authority. Separating entirely from the Gyelukpas, the Dugpas (Red Caps) – from the first in a great minority – settled in various parts of Tibet ….” [9]

We can see then that both the “Bardo Thodol” and Jung’s books present challenges to their readers.  While facing the Ningma literature and the schools of thought which work under its influence, students must develop their Discernment between reality and illusion, fact and fancy, sincerity and make-believe. Truth is often beneath the surface. Upon closing the first volume of her monumental work “Isis Unveiled”, Helena Petrovna Blavatsky quoted these words from Narada, the ancient Hindu philosopher:

“Never utter these words: ‘I do not know this – therefore it is false’. One must study to know, know to understand, understand to judge.” [10]

Yet true discernment does not come from calm study only.  It also comes from a sense of ethical duty – which is inseparable from self-confidence, and from altruism.