It was very difficult for me to write during the first days of Operation Pillar of Defense because three of my sons are in the army, many of my family and friends have been called up to reserve duty, (many of whom I said goodbye to with a prayer that they return speedily and safely), and because so many of our citizens are living under constant and unbearable fire.

I completely identify with the IDF operation to undermine the terrorist infrastructure of rockets that for close to 13 years has embittered the lives of hundreds of thousands of people in the south of Israel. Especially because the operation is being carried out under the strictest rules of engagement in an attempt to minimize civilian casualties.

At the same time, however, I have a deep and painful feeling that despite the fact that our actions are justified, they are being carried out with no long-term strategy and no chance of solving the problem – not for those living in the south, nor for the State of Israel. Perhaps, to the contrary. While it may provide the sense of accomplishing something, or give us instant gratification, in reality it only serves to deepen the problem and makes it more difficult to achieve a real solution to the difficult and complex situation in which we find ourselves.

If our basic assumption is that there is no alternative and we accept the curse of Esau, to forever live by the sword, then we are certainly on the right path. But, then we must also realize and accept that there will never be any alternative or hope for a different and better future.

I truly believe that there is another way.

For how many years did every expert tell us that peace with the Arabs could never be achieved? Yet, today we mark the anniversary of Anwar Sadat’s historic visit to Jerusalem; that unforgettable and moving Motzei Shabbat when he declared, “no more war.” Even through all the ups and downs and all the changes that we have experienced since then, his declaration lives on and has stood strong for the last 35 years.

For how many years did every expert tell us that if the Muslim Brotherhood, (the murderers of Sadat), were to assume power in Egypt, their religion would never permit them to come to terms with any kind of Jewish entity in this part of the world, which is considered holy Islamic territory. Yet, we are witness to the elected Egyptian president, representing the Muslim Brotherhood of Egypt, leading negotiations between the State of the Jewish People and the Gaza branch of the Islamic Brotherhood (Hamas).

I believe that what we need to do now is to reach a hudnah (truce) with Hamas for several years and during this time, enter into an intensive negotiation with the elected Palestinian leadership for a comprehensive and just solution based on two states for the two peoples. But, this time around, we need the active and full involvement and support of the Islamic world. As opposed to past negotiation attempts, there must be full inclusion of Muslim leadership from throughout the Middle East in general, and from the Holy Land in particular, who are prepared to reach a just solution for the two peoples based on dialectic religious thinking. Leaders who believe in the necessity to respect the will of God in whose image we are all created and who understand that crushing His image by spilling the blood of the ‘other’ ultimately desecrates His Holy Name in the world.

So for a moment, close your eyes and imagine how such a world could look. Now open them. The truth is that 80 percent of both Israelis and Palestinians support this kind of peace and long for it to happen. Both peoples lack the faith that the other side has the same dream. We need to foster this faith.

“The Lord gives strength to His people; The Lord blesses His people with peace.” (Psalms 29:10) 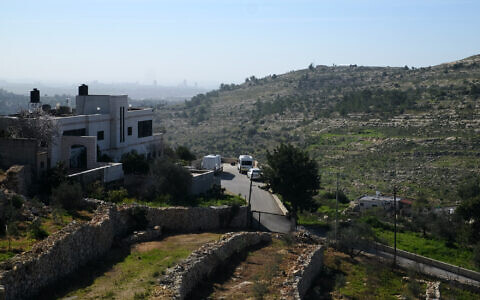 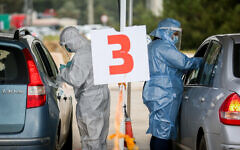