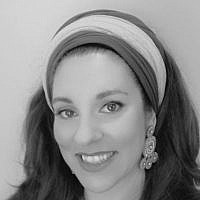 The Blogs
Anat Ishai
Apply for a Blog
Please note that the posts on The Blogs are contributed by third parties. The opinions, facts and any media content in them are presented solely by the authors, and neither The Times of Israel nor its partners assume any responsibility for them. Please contact us in case of abuse. In case of abuse,
Report this post. 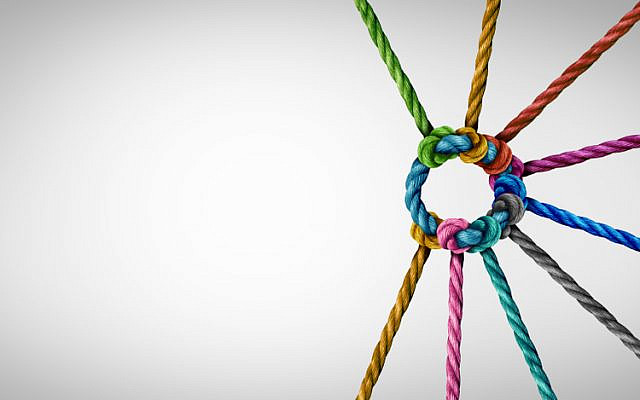 It starts young, I saw it in my children when they would choose toys to play with. One would pick out their favorite action figure, the other would pick a dinosaur. They would begin to play…nicely of course…and then the comments would begin. \”My Captain America can beat up your Dinosaur any day\”, said the older one. The younger one responds with anger, \”Oh ya, well my Dinosaur can eat your Captain America’s head with one bite!\”, and he proceeds to decapitate the action figure. The insults would ensue, then some physical altercation and after it escalates to the point that I had to interject myself to break them apart it all settled down over a box of pizza. It’s amazing how the combination of white flour, water, tomato sauce and cheese just makes everything better.

We live in a world now where these childish games, and these comments are no longer contained to the family room, but have extended to the international arena. Whether it’s the most recent US National Election, or the UN Security Council votes on criminal acts on certain countries, or most recently the politics surrounding the new Covid Vaccine. It seems that the world is right on track to implant in our memories stories that we will tell our grandchildren. Stories of polarization, discrimination, racism, anti-Semitism. Basically, we will tell our grandchildren stories of \”isms\”. But the most famous story ever told which us Jews are preparing to retell is the story of the Exodus. It’s a story of a young mother risking her baby boy by wrapping him in a woven basket and sending him into the river Nile in the hopes that G-d will save him. He does get saved, and becomes the Prince of Egypt, only to find out he’s a Jew (cue in Disney’s Prince of Egypt music). Then he runs away, becomes a shepherd, loses a goat, follows the goat up a mountain, see’s the burning bush, speak with G-d and then returns to Egypt for what would be known as the 10 plagues (…\”let my people go\”, Moses says to Pharaoh). Pharaoh rejects each of the plagues, they get worse, then the final blow is the death of the firstborn. Pharaoh has had enough, he lets the Jewish people leave, then he changes his mind, then the Sea Splits (pretty cool stuff), then the Jewish people cross the sea (best aquarium experience ever!) and make it to the other side to sing and dance with tambourines. The END! And we tell this story over and over every single year for the last 3000 years, while we eat unleavened bread called Matzah (that’s another story). But is that really the story?

The best part about Passover is that there are so many themes, if you are an artist then you are going to like the visuals on display at the table. If you are an intellect, this is your party. If you are a foodie (trust me!!!! the lamb situation is off the hook). And if you are a parent, you pretty much have an opportunity to choose from a 100 different life lessons that you can instill in your children. But most importantly, the Seder (Passover night), is about instilling wisdom not just knowledge. Knowledge is to learn something, but wisdom is to internalize and apply the knowledge. Passover night is about both.

This year is a great opportunity to focus on the 4 sons part of the Haggadah (the book read on Passover Seder Night). We learn about the wise son, the wicked son, the simple son and the son that does not even know how to ask. Well it sounds to me like the parents of these sons have their work cut out for them! In all seriousness, these metaphorical sons we read about are the nature and characters of our modern day today. They are the people sitting around our boardroom tables (on zoom of course) or our backyard patio table, our kitchen table or the government table. These are people who are contributing to highly stimulating conversations, they are the people who don’t use caution when speaking about sensitive topics, they are the people who are agreeable and go with the crowd, and some are the ones that aren’t even sure why they’ve been invited to the table. On Passover, we read that all of them belong at the table. All the characters of your family, all the personalities that are difficult, that are entertaining, that are funny or have a dry sense of humor. They all belong, they all take space in our metaphorical tables, because they are all alive and have the right to exist. We may disagree, even with those we love. We can get caught up in the things that divide us that we forget that there is more that unites us. We are so busy fighting about whose right rather than doing what’s right! We are so busy proving our point or not speaking up because our voices are shaking that we look at people as adversaries instead of looking at each other like our brother’s keeper.

Passover Night we tell the greatest story ever told, and the older generation gets to pass the baton to the next. So while your table may look different this year, make space for the ones that can’t come, not because they are not allowed to be there…but because you wanted them to be there, because you are teaching your children that every one counts! Every son and daughter, every sister and brother. And, if you find yourself with a pressing battle between Captain America and the Dinosaur….remember Matzah Pizza fixes everything!!!!!

About the Author
Anat Ishai is a headhunter by day and blogger by night. Anat has resided in Toronto for over 30 years but being Israeli born, the east is where her heart longs for. Anat and her husband run a successful search firm for tax professionals and are raising their four children. Anat is a board member for Momentum Canada, a speaker and community organizer. While Anat is not blogging, she seeks to change the world one dance and kind deed at a time.
Related Topics
Related Posts
Comments