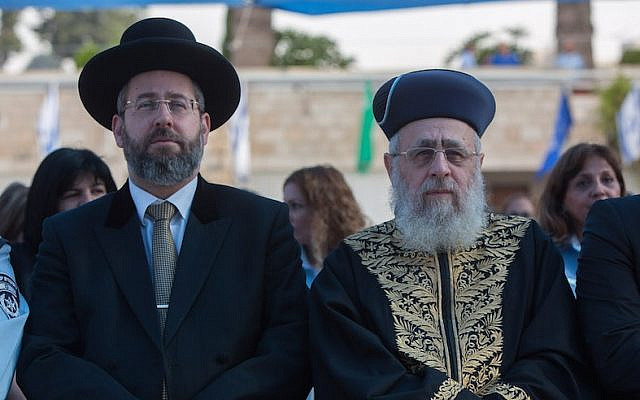 “Will Israel become a halachic state?”

“Will you take steps to apply halacha in Knesset legislation?”

These questions were addressed in the media to representatives of the religious and ultra-Orthodox parties after the results of the elections were announced. The respondents usually opted to evade the question and speak in vague terms about the “Jewish character of the state.”

Within Israeli society, there are two groups with a low sensitivity threshold, one that fears a halachic state – a state governed by Jewish law – and one that wants a halachic state. Common to both groups is a lack of knowledge and a lack of interest in knowing what halacha’s position is regarding the laws of the state.

So what is the halacha’s position? Does halacha consider its legal system, that is, the Sanhedrin tribunal system of ancient Israel and Batei Din rabbinic courts, as an alternative to the prevailing legal system?

The answer is that in the criminal arena and in the field of taxes, fines and most matters of commission between the citizen and the state, halacha does not provide an alternative to state law.

In the field of civil law, halacha considers Beit Din an alternative to the state court. However, the two systems are not on a collision course and their parallel existence is valid both from the state’s point of view and from that of the halacha.

Related: Israel poised to have its most religious government; experts say no theocracy yet

This means that the notion of a “halachic state” or a “Jewish theocracy” is an empty concept with no currency in the halachic sources. Halacha does not offer a constitutional and governmental alternative, and it certainly does not do so in the social reality of our time.

The halachic legal system applies its authority only to those who accept it. In a reality where the majority of Jewish society in Israel and in the world does not accept the rules of halacha, halacha is not interested in applying its judicial system to the public and individuals who do not recognize its authority. Even if halachically-observant Jews form an absolute majority, the powers of the halacha will still not apply to the minority and not even to secular individuals defined by the religious establishment.

Forty years before the destruction of the Second Temple, the Sages abolished executions, paralyzed the activity of the Sanhedrin, and departed from the criminal law according to halacha. Is there any basis, in today’s socio-cultural reality in Israel, to hold a serious discussion on the question of their renewal?

Criminal law and its enforcement form the basis for the existence of the sovereign system that works for the peace of its citizens and social order. Halacha recognizes the authority of the state judicial system and requires the observance of the law.

In the civil area, halacha does offer an alternative to customary law. In cases where both parties agree to litigate before the rabbinic court, they are not allowed to go to the civil court. However, this alternative does not contradict the state’s position and the sovereignty of its judicial system, since in the civil sphere the state encourages recourse to alternative frameworks such as arbitration.

Legislation on matters of religion and state in Israel, especially on marriage and divorce, which the Knesset adopted, with a clear secular majority, from the Ottoman Empire and the British government, must be discussed separately.

The term “halachic state” is a concept devoid of meaning and has no backing in the sources of halacha itself. That is, it is not a halachic concept at all and its widespread use stems not from Jewish sources but from the centuries-old struggle to separate church from state in Europe. Those whose interests are served by religious-secular tensions will persist in whipping up public fears of a “halachic state.” Other parties will continue to encourage baseless ambitions for a “halachic state.”

This gap between the actual halachic position, as presented here, and the prevailing consciousness in the public is very difficult to bridge, but those who wish to strengthen social cohesion in Israel adopt the position that there is no conflict or contradiction between the law of the halacha and the law of the state. And they must continue to voice the truth until it is assimilated into the public discourse in Israel.

About the Author
Rabbi Naftali Rothenberg is the rabbi of Har Adar township, Israel, and a senior research fellow at the Van Leer Jerusalem Institute
Related Topics
Related Posts