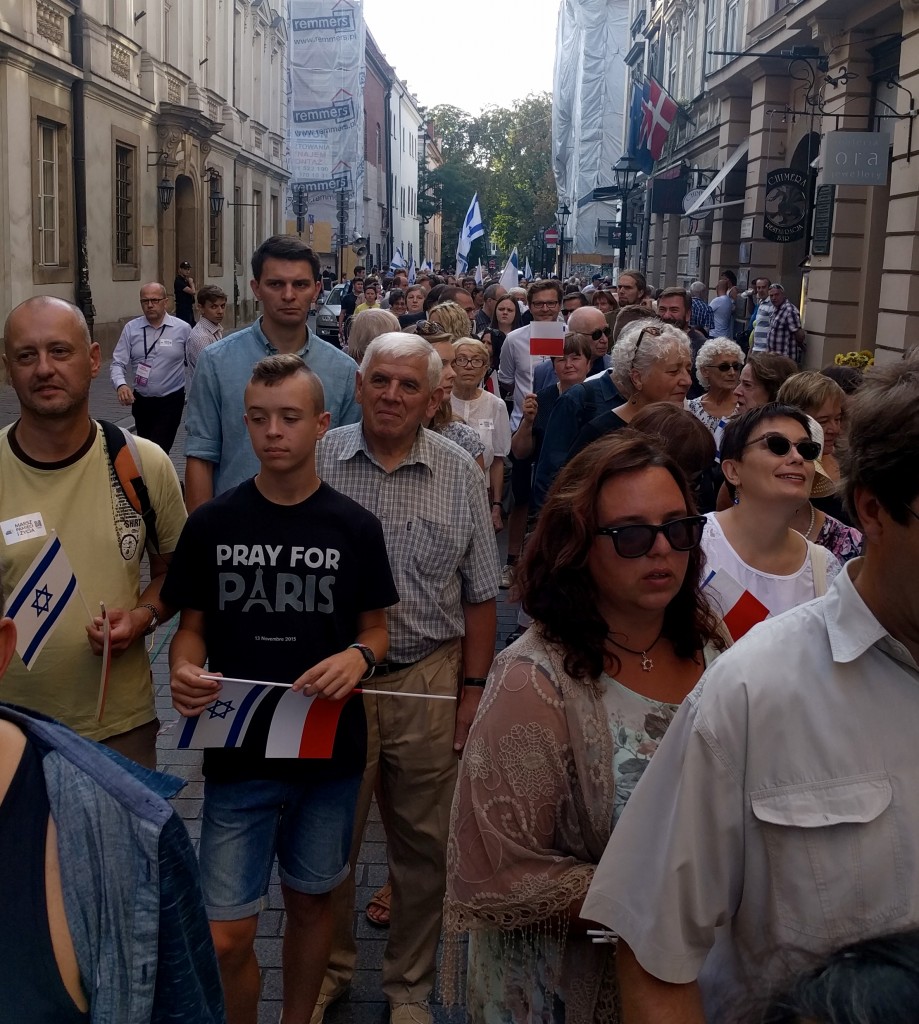 It’s unusual to speak of philo-Semitism in Europe today, but I have no other word for what I experienced in Krakow this past week. Simply put, I experienced love. Love by a Christian community for a segment of its population that was lost to Poland as a result of the Holocaust.

The March of Remembrance and Life was the result of a discussion I had with my (Christian) student Irek Czubak after one of our classes open to Jews and non-Jews at the JCC. Irek and his wife and another 40 to 50 come religiously to my class called Judaism for All. In it we explore the Bible, the Talmud and Jewish philosophy and for the past three years I have received only nachat (pleasure) from them. 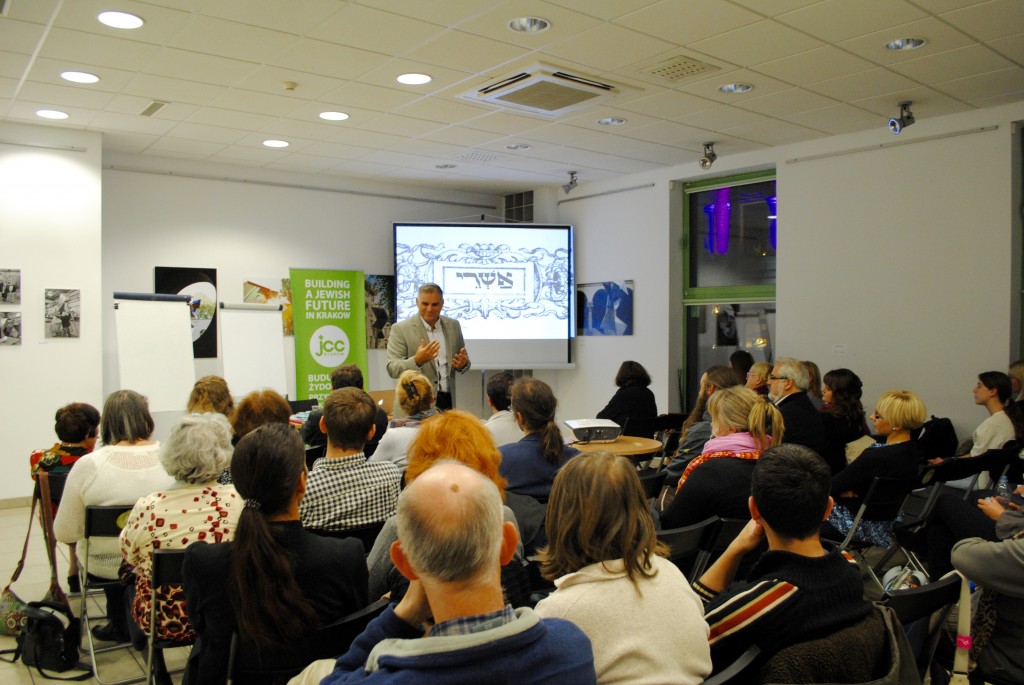 Krakow has a rich Jewish history which goes back almost 800 years and hearkens to some of the greatest rabbinic personalities in our history. Krakow, like everywhere else in Poland, is sadly the home of mass murders and near annihilation of Jewish life during the Holocaust. And while many righteous gentiles helped Jews survive, some Poles were also directly or indirectly guilty of abetting the destruction or expulsion of Jews from their homes.

The need to remember the dark past as well as the positive contributions the Jewish people have had on Poland was a theme which permeated the march beginning with the words of the Vice Mayor of Krakow, Dr. Andrzej Kulig as well as Professor Mach, Former Director of the European Institute at the Jagiellonian university, Ambassador of Israel to Poland Anna Azari and especially Bishop Ryś. There was also a need on the part of some of the participants to ask forgiveness from the Jewish residents for the actions of the past. At different points along the route a ceremony took place in which they would retell the story of a tragedy and they would symbolically turn to our survivors and present them with a rose. 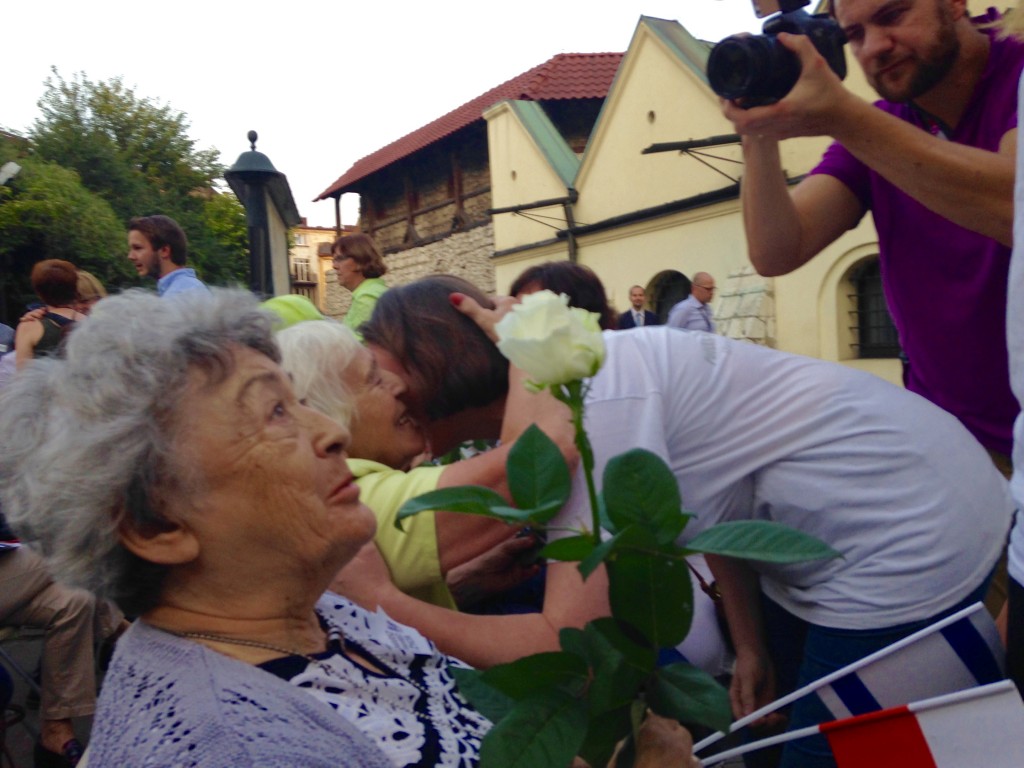 The march was also partially sponsored by a German group called March of Life which consisted of young Germans who were acutely aware of their pasts. Some even shared heart-wrenching confessions of finding out that their grandparents were complicit in the killing of Krakowians. Zosia Radzikowska, a child survivor who received a rose from them, exclaimed that they had nothing to confess, a new generation has emerged built on tolerance, love and mutual understanding. 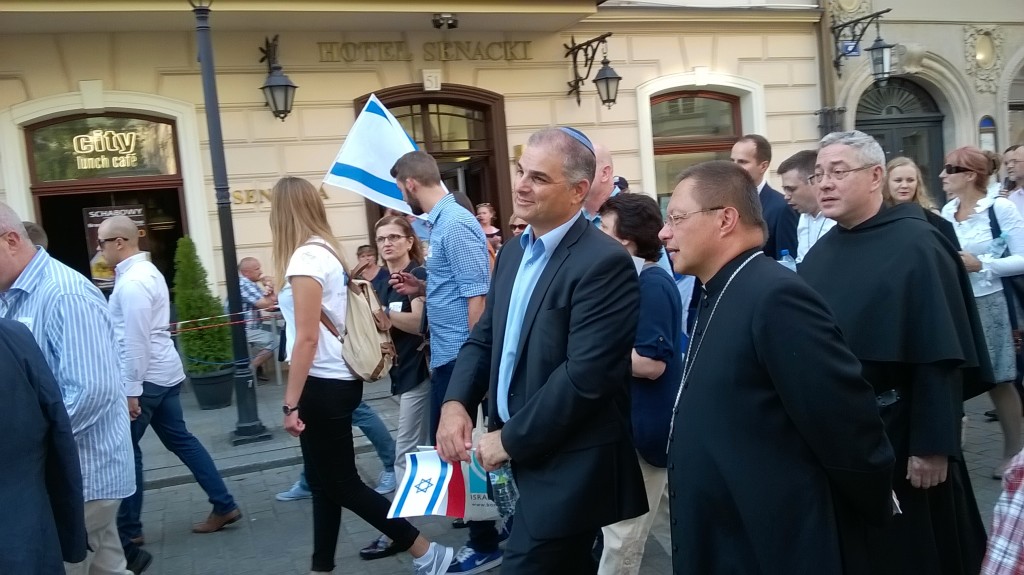 I was honored to walk together with priests, bishops and members of the Jewish and non-Jewish community and especially honored to speak at the final event of the evening—a free concert of Jewish music to over 500 people in the Tempel Synagogue. I used the opportunity to express my gratitude to the courageous individuals who stood up for their country exclaiming there is no Poland without Jews, and proudly waved Israeli flags. Imagine in a Europe of today when most Jews fear being identified as Jewish that ‘down the road from Auschwitz’ the kippah-clad rabbi walks hand in hand with non-Jews who are carrying Israeli flags! 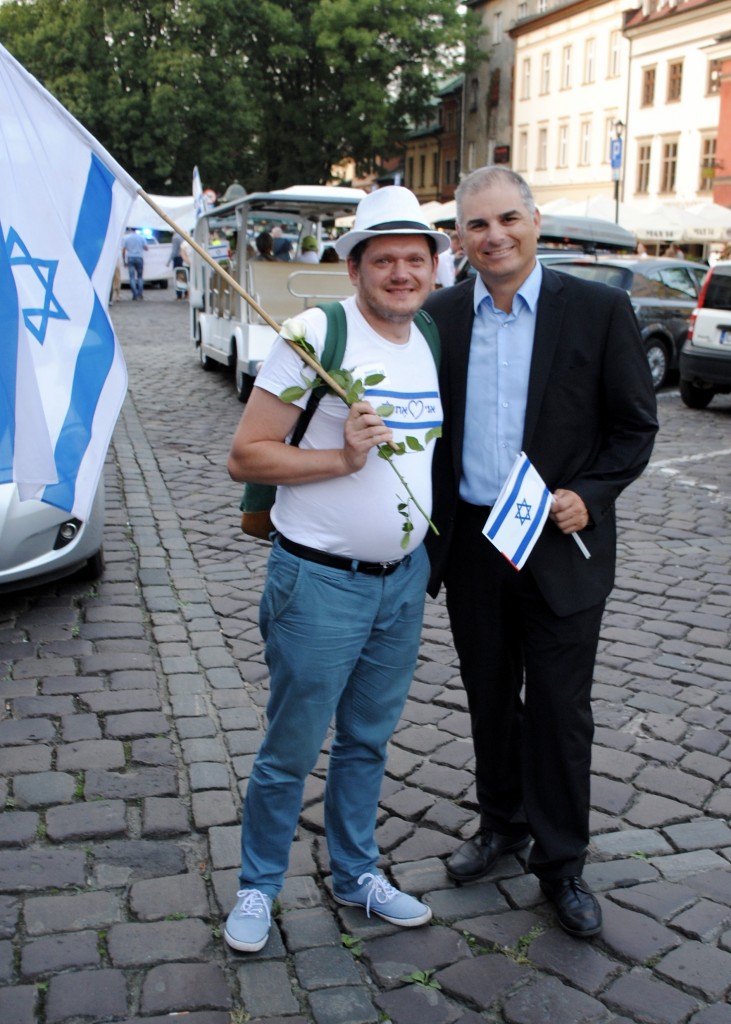 Similar marches have taken place in Warsaw, Wroclaw and Kielce and it is truly hoped that they continue to expand throughout other cities and countries. 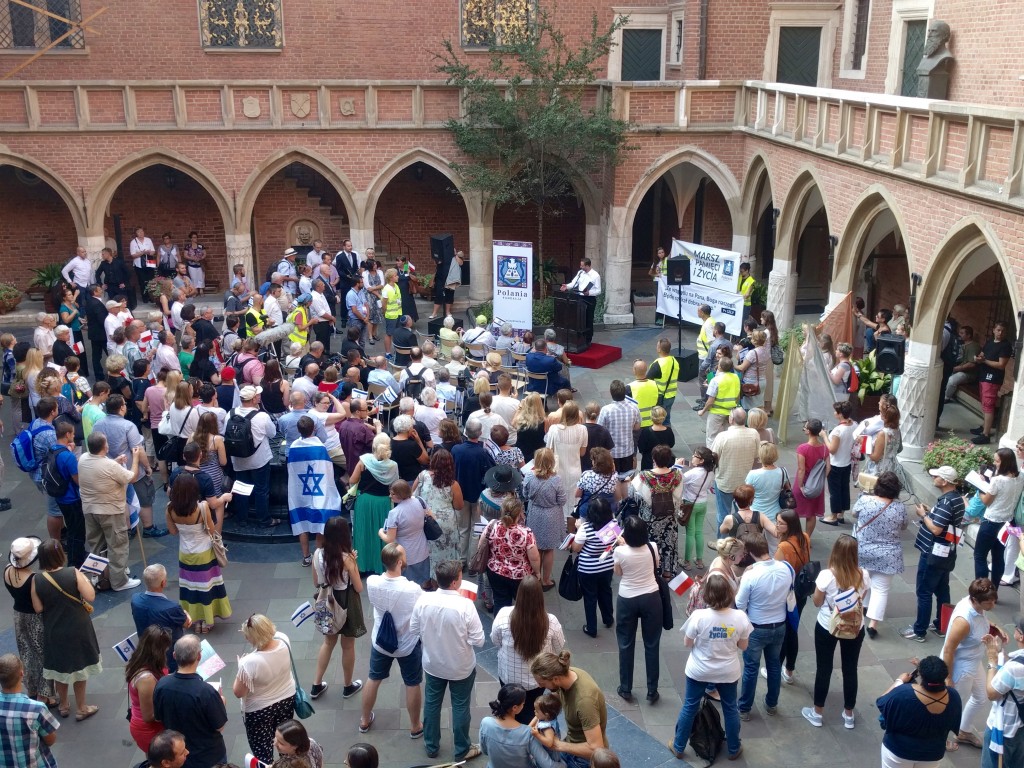 I am blessed to work in Krakow where I witness in the JCC of Krakow every day not only the re-birth of Jewish life by young Polish men and women who are rediscovering their Jewish roots, but also the manifestation of this wonderful attitude towards the Jewish population by non-Jews who come to classes, volunteer and rejoice in the knowledge that once again the Jewish people are alive and well in Krakow.