“We should be intolerant of intolerance” -Imam Hassan Guillet 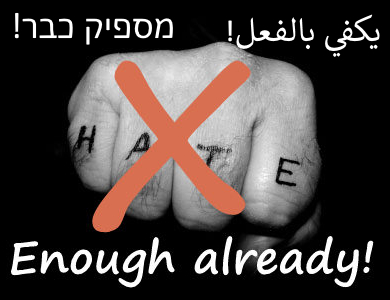 In 2001, Joëlle Fiss, at that time the chairwoman of the European Union of Jewish Students, lead a delegation of European Students to the Conference against Racism in Durban, South Africa.

As we know, it is well documented, the conference turned into a catastrophe. Many NGOs trampled on the fundamental values of the United Nations, as well as on the principles of the Universal Declaration of Human Rights. Ironically, it was in the name of anti-racism that the conference turned into a spectacle of hatred and demonization: it even helped to re-awaken an entire panoply of antisemitic stereotypes long forgotten, the likes of which continue to flourish in our society.

Three years later, in 2004, Fiss was urged by the French philosopher Bernard Henri Lévy to describe the Durban conference in detail. Lévy then published the account in his literary review, “La Règle du Jeu”.

In May 2008 The Durban Diaries, the English translation of Fiss’ remarkable day-by-day, and sometimes hour-by-hour testimony of what happened at the UN conference, was published by the European Union of Jewish Students (EUJS).

The Durban Dairies, we are told, “is the story of a group of puzzled young Jews who returned from Durban in 2001 confused and disorientated. For the first time in their lives, they had been subjected to racism; by people who held antiracist speeches, who chanted peace and love songs. Thousands of individuals united, all in the name of antiracism, to isolate them, offend them, and intimidate them. Their perceptions shifted. Nothing appeared to be the same as before. A new phenomenon, Judeophobia, which remained in their minds as an abstract notion until then, brutally imposed itself as a new political order. Anxiously, they wondered what will await them back home. They felt misunderstood. Their vision of politics, of human rights and of civil society blurred their minds.” 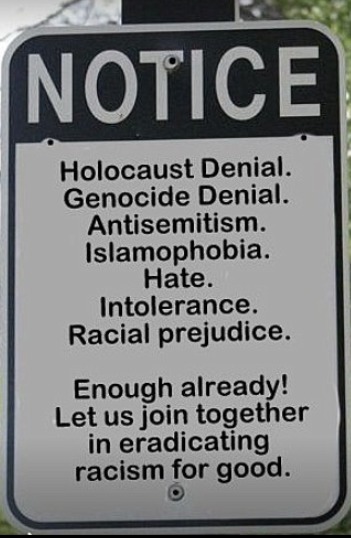 Fiss explained her aim was “to create a psychological detour around a political event that lasted a few days. The Durban Diaries illustrates how in a brief fraction of time, profound effects can weaken the morale of a group. How can a group regain confidence in the community of the NGOs, after having physically felt the hatred of racism committed in those surroundings? How can we make sure that a similar experience will not occur again?”

Today, Fiss tells us she “is currently a researcher and human rights analyst based in Geneva, Switzerland, as well as an alternate member of the Geneva Parliament. She has focused recent work on the compelling role that religion plays in today’s world and its multifaceted effects on security, conflict, human rights, society, and identity.”

The World Conference against Racism triggered violence against Jews, just a few hours before the attacks on the United States, on September 11th, commonly known as 9/11. The brutality of antisemitic hatred unleashed in Durban, in 2001, the collective anger that was railed against Israel, the United States, and the West in general, resonated as a warning of coming times.

As recently pointed out by Facing History and Ourselves, “Blaming Jews for social ills and crises remains a convenient conspiracy theory when people in a community are experiencing fear and anxiety.”

The Anti-Defamation League, which tracks U.S. antisemitic behaviour nationwide, in a report “found 2,717 incidents in 2021… a 34 per cent rise from the year before and averages out to more than seven antisemitic incidents per day.”

They added the “report documents the most antisemitic attacks in the U.S. since the ADL started recording these events back in the 1970s.

In Canada, The annual 2021 audit by “the Jewish advocacy group B’nai Brith found there were 2,799 anti-Jewish hate crimes, including beatings, vandalism of synagogues, and swastikas in schools.

“Record levels of antisemitism were recorded in Canada last year, with sharp increases in Quebec and British Columbia. . . Antisemitic incidents rose overall by seven per cent from the year before, but the number of violent incidents increased by more than 700 per cent, from nine in 2020 to 75 in 2021.”

David Matas is B’nai Brith Canada’s senior counsel. He has stated, that in Canada, “the Jewish community ‘leads the list’ of minorities subjected to religious hatred.”

He added, “If you are Jewish, you are more likely to be a victim of a hate crime by far than if you are a member of another minority.” At a news conference in Ottawa, Canada’s capital, Matas said, “there was a ‘surge’ in antisemitic incidents on university campuses.

Academia – the epicentre of global antisemitism

Antisemitism in academia is rampant in many countries, including the US., Canada, Australia and the UK. An article published in 2021 by David Collier looked primarily at the situation in the UK.  However, his comments reflect a worldwide problem, regardless of where you live. The article originally appeared in Beyond The Great Divide.

The rise of antisemitism today is as prevalent in Europe as it is in North America.

A study published in 2021, of French and German content commissioned by the European Commission and conducted by the Institute for Strategic Dialogue (ISD), comparing the first two months of 2020 with the first two of 2021, showed “a seven-fold increase in antisemitic content on Twitter, Facebook and Telegram in French, and over a thirteen-fold increase in antisemitic content in German.”

Next week the content of this article will focus on white nationalism. In the meantime, I leave you with this lasting thought. A quote from Echoes and Reflections:

“White supremacist and nationalist groups believe that white, Christian identity is superior and strive toward a segregated society and/or a nation of white people. They target Muslims, immigrants, people of colour, LGBTQ people, Jews, and others who are different from them. Though most Jewish people are perceived as white, they are seen by white nationalists as elites who exert global control and enable the rise of non-white groups. Antisemitism is a core feature of white nationalist belief systems because Jews are seen as the organizers of a global conspiracy to bring down the “white race.” According to ADL, white supremacists have killed more people in recent years than any other type of domestic extremist. They are also a troubling source of domestic terror incidents and online hate. The Ku Klux Klan, neo-Confederate, neo-Nazi, racist skinhead, and Christian Identity movements are all considered white nationalist.”

There is no letter “L” for love in the word antisemitism, is there!