The poignant words “There is no place like home” echoed by Dorothy in the Wizard of Oz could not be more apt for what phenomena has gripped Israel and the world on an ongoing basis. As synagogues are being shuttered, the centrality and importance of the home has taken center stage. And with that comes the spotlight on the sequestering of families unprepared for the sudden confinement.

The sudden change has also led to another interesting phenomenon, and that is the number of weddings that are being accelerated in order to bring new couples together under the same roof.

And never has there been a greater need for a quick crash course on how to achieve Shalom Bayit when your life takes on such immediate “thinking out of the box” improvising.

What is Shalom Bayit?

“Shalom means “peace” and a bayit is a “home.” Maintaining peace in one’s home, Shalom Bayit, is an important ideal in Judaism, which views marriage between man and wife as a manifestation of G‑d’s connection with His creations.”

Given these new newlyweds and couples spending more time together, the necessity for Shalom Bayit has taken on urgency as tensions can escalate and communication become strained.

The issue of Shalom Bayit reached the corridors of the Knesset and was given prominence in the form of a historic  Seminar for Pre-Marriage Education. Co- hosted on November 8, 2017 by Together in Happiness and former MK Yehudah Glick, the seminar was the first time in the nation’s history that the concept of integrating marriage education as a formal and potentially legal component of Israeli marriage was discussed at the highest levels. The hope is that the gauntlet for subsidizing pre- marriage education will be picked up and revisited again once the new Knesset finally settles down to convene.

While waiting for the Knesset, an exciting Shalom Bayit initiative is being launched by Together in Happiness this Tuesday, March 24. Given the lockdown and the challenge of offering its’ in- person flagship I-PREP (Israel – Prevention Relation Education Program) workshops, the non-profit is continuing its exclusive partnership with the developers of PREP to offer an online version known as ePREP.

Be among the first to register and pay the nominal cost of 100NIS for a couple!  Click: http://yes.shemesh.co.il/togetherinhappiness/

ePREP has received accolades and been the subject of research findings proving that couples who took the course experienced Increases in:

During these challenging times, it is the home that needs to be the bastion of stability and shalom – an internet option that gives the skills to help promote shalom bayit is a risk and investment worth taking – and can be the greatest confirmation that There is NO PLACE LIKE HOME and Shalom Bayit.

About the Author
Susan Barth is founder and director of Israeli non profit Together in Happiness/B'Yachad B'Osher, promoting stronger, healthier marriages impacting Israeli society. A Project Management Professional (PMP) and businesswoman from the US, Susan sponsored and chaired the First International Conference on Marriage Education in Israel (attended by over 360 professionals) in Jerusalem in memory of her parents and launched I-PREP, an innovative marriage education curriculum. On November 8, 2017, Together in Happiness co-hosted with MK Yehudah Glick a historic Knesset seminar promoting government support for pre-marriage education
Comments 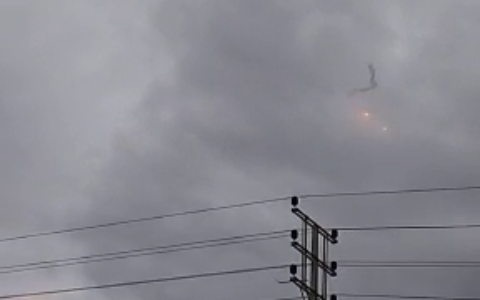 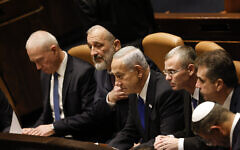 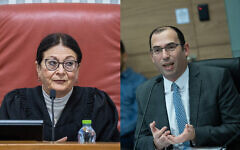