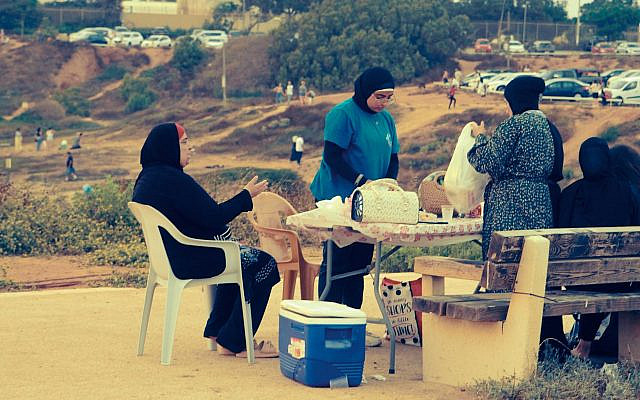 Early summer afternoon. At the parking lot overlooking Herzeliya’s most northern beach, Sidny Ali, next to the Sidna Ali mosque compound after which the beach is named, an Arab family prepares itself for a picnic. An old grandmother. Three adult couples which are probably her children and their spouses. Lots of kids. Fruits, vegetables, meat and bread are put on the table. Soft drinks are poured into plastic cups. A slight summer breeze whispers. Trees leaves move to the beat of the breeze. Arabic music is softly played by an oud.

The pastoral scene is abruptly hampered by two Jewish adolescents riding a motor-scooter who pass by. They throw the food to the ground while laughing and shouting: “Death to the Arabs” (Mavet La-Aravim). The youngsters-gangsters run away. The family picks up the food. They check carefully what is still edible, throw to the garbage what must be thrown and eat the rest in silence. This silence merges quite well with the nearby Muslim cemetery, where the last burial ceremony took place in 1948. Since then, Israeli Arabs live in a tough reality show named Jewish triggering. In fact, by objective standards the aforementioned scene, which really took place last Friday, is barely a footnote compared to what happened in 1948 to the forefathers of the family, or what occurred only a year ago to Ghassan Haj-Yihye, an Arab Israeli citizen was beaten nearly to death by another bunch of Jewish youngsters-gangsters in the same parking lot where his great grandparents used to reside. 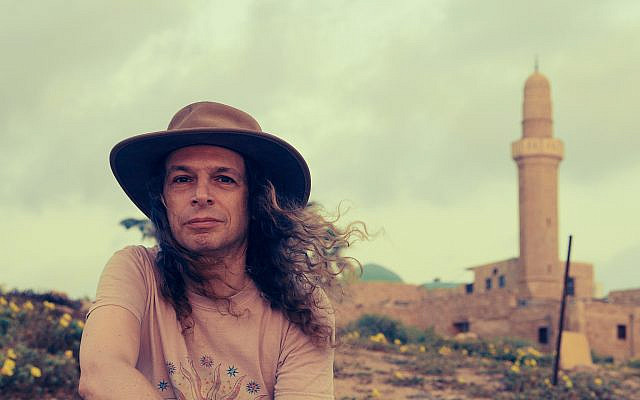 There were more peaceful times in the more distant past. In the 1930s, for instance, Arabs from Al-Haram, the village of Sidna Ali, sold some of their agricultural land to Jewish settlers from Herzliya. Prices were fair. Commercial relationships were good. It all changed in 1948. The idea that an Arab village with an imposing shrine would continue to stand at the heart of what is to become the largest Jewish metro seemed improbable to the leadership of the newly established Zionist state. While officially expelling villagers, who just a short while ago sold their best land to Jews, seemed too vicious even by the standards of those times, however, the state kept its eyes shut when “extreme rebellious Jewish forces” attacked Arabs in the nearby township of Ash-Shaikh Muwannis and kidnapped five of them. The villagers of Sidna Ali learned the lesson. Around February-March 1948, they packed their stuff, locked the doors of their houses and fled eastward, planning to come back after the war.

What happened after the war is well known. For a change, I do not want to talk this time about the double Zionist standard, according to which reclaiming Jewish property in Hebron and Sheikh Jarrah is “justice” while ex-Arab property is up for confiscation. I also do not believe that the Nakba of 1948 – as immoral as it was – is reversible. Too much time has passed by. Too many Jews are now occupying Arab property, which they received for free but still in good faith from Israeli authorities. It is also not practical to put on trial those who were responsible for early Israeli war crimes (sorry – but there is no other way to put it) because they have been dead for ages. However, there is one thing that we can easily do, and it does not even cost us anything: Let the Arab mourn in peace; respect their suffering and embrace their pain rather than mock it. Hundreds of thousands of people lost all that they had– property, life, citizenship – in 1948. Some of them have managed somehow to recuperate; some still live in refugee camps because we took their houses. There is nothing funny about the Nakba. Actually, it deserves a memorial day.

About the Author
Amir Hetsroni was a faculty member at Ariel University in the West Bank. He is emigrating from Israel in order to miss the next war, earn higher wages, enjoy cooler summers, and obtain a living package that is cost-effective. He has three passports and does not feel particularly worried about anti-Semitism.
Related Topics
Related Posts