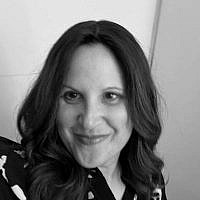 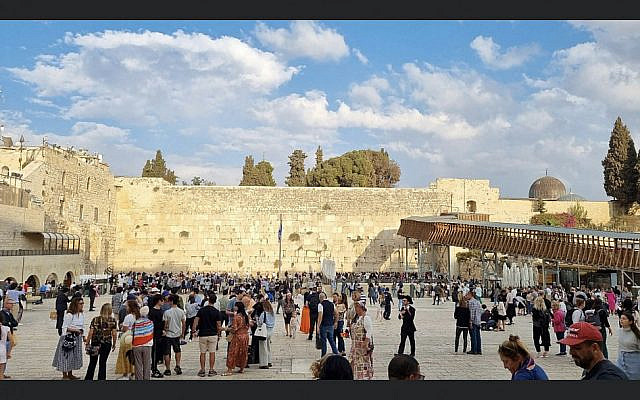 Oh, JERUSALEM! Yerushalayim. The city that we Jews pray to return to, to rebuild our holy Beit Hamikdash. I myself don’t live in Jerusalem, and I don’t even visit that often anymore. I live in the Sharon Region, close to the Mediterranean Sea. I love it and I don’t think I want to live anywhere else. That may seem surprising to some readers, as how could I not want to live in-or at least visit frequently- the most amazing city in the world, Jerusalem?

I made aliyah 17 years ago with my husband and children, and have lived in the Sharon since then. The first few years here we took every opportunity we could to visit Jerusalem and other holy places and cities such as Hevron, Kever Rachel, Tsfat, Tiberias, as well as major tourist sites with historical significance. Whenever the opportunity arose, we jumped at the chance to explore the history of our nation and fully immersed ourselves in the experience. For example, instead of going on a day trip to the Cave of the Patriarchs, we decided to spend Shabbat in Hevron, with five kids under 7 in tow. It was great. We spent a weekend in Mitzpe Ramon, at the Field School overlooking the canyon, dormitory-style. We traversed the country from Kiryat Shmona to Eilat, sleeping in hotels, tzimmers, field schools, or camping out, trying to fit in as many fun and educational experiences as we possibly could. We enjoyed it tremendously and developed a love and appreciation for Israel, our heritage and history.

Over the years, however, as our family grew (and grew up) it became harder to just pick up and go away for a weekend. We couldn’t even fit in one vehicle, and having to get multiple hotel rooms also meant that our trips were becoming more costly. While we attempted day trips, it was really only feasible during school vacations, and even then, to drive so much in one day was exhausting.
So our “touring the country” dwindled.

Yet, there was always Jerusalem. Whether it was for an event such as a bar mitzva, wedding or concert, or to meet up with friends and relatives who were visiting from abroad, I looked forward to spending a day or evening in the most beautiful city (in my opinion!) in the world. The architecture, the sounds, the cobblestones and arches, the lights of the Old City Walls at night. The Jerusalem that we dream about…

So what has happened since?

Have I become jaded over the years?

I don’t know if other people feel the same way, but it seems to me that the entire Old City of Jerusalem these days is just for tourists. Over the last several years I have noticed it more and more.

A few days ago I was walking to the Western Wall through Jaffa Gate and I decided to take the “long way” and walk through the Jewish Quarter. It took me almost 30 minutes to reach the Kotel entrance. At some points, I literally was waiting in line just to walk. It was a bottleneck. There were school groups with tour guides who kept stopping every few meters, as well as the usual gap-year students who tend to linger in small groups in one spot and not walk at all. Of course there were many, many families there too, and nearly all of them were speaking a language other than Hebrew.

Basically, they were all tourists. Which is great for the country, of course, but not for me at that moment. I was getting frustrated that I couldn’t get through the narrow alleyways and “streets” of the Old City, and it didn’t ease up the closer I got. I then had to wait in line- again- to go through the metal detector at the entrance to the Kotel Plaza. And the line was on a staircase going down. When I finally emerged onto the Plaza, it was somewhat anticlimactic. Though the Kotel looked majestic against the bluest of skies, and I was there to attend a family bar mitzva, I was already tired and worn-out by the time I got there.

I looked around and had to remind myself that I was standing on sacred ground, just outside the courtyard of the Second Temple, and this was the last remaining wall. Of course, I knew this already. I have known this my whole life. But it’s getting harder to feel it each time I visit Jerusalem. Not just the Old City, with the throngs of people, but the rest of the city too. You can hardly walk down the street anymore without having to squeeze your way through the crowds. And that’s after driving there- if you dare. On the morning of the bar mitzva, it took over two hours to get from our home near Netanya to the parking lot at Mamilla. Much of the traffic was on the approach to Jerusalem (even with the addition of all the “new” tunnels) and then again when we entered the city itself.

Is this still the Jerusalem of our dreams? Is this massive modern city with seemingly endless stores, restaurants, hotels and thousands of vehicles the same place that we turn to when we pray? That our ancestors have cried out for?

Jerusalem is the most fought-over city in the world. Even within our nation, Jerusalem is being fought over. From the fights over the egalitarian prayer space at the Kotel, to the complicated situation regarding our rights as Jews to ascend, let alone pray, on the Temple Mount itself. And there is the very real fear of being attacked by our ever-present terrorist enemies, right in our holy city, at any given moment. While my ambivalence about Jerusalem is apparent, I realize that some of it is due to the fact that I am not a tourist, and I did not just arrive here in Israel.

But what I do know is that we cannot take for granted that Jerusalem is our city, our capital, that is mentioned in the Torah about 699 times. It’s a massive, modern, crowded and busy city, but it is also thousands of years old, with history and archaeology wherever you look. The old Jerusalem-stone buildings are magnificent and regal, and I take pride knowing that it belongs to the Jews, in a land that was given to us by God. Whatever Jerusalem has gone through and will go through, and wherever I may choose to live in this gorgeous country, I am proud and happy to call Jerusalem the home of the Jewish people, our home.
“Ein Kemo Yerushalayim”
(“There’s nothing like Jerusalem”).

About the Author
Chana R. Pinto works at Eric Cohen Books in Ra’anana. She has a BA from Yeshiva University and an MsED from Bank Street College of Education. She made aliyah in 2005 and lives in the beautiful and picturesque town of Tel Mond in the Sharon area of Central Israel. The boat trip on the Dead Sea is definitely one of the highlights of her aliyah experience. Highly recommended!
Related Topics
Related Posts
Chana Pinto