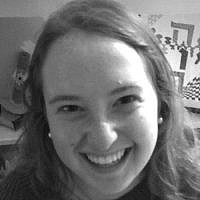 The Blogs
Shani Weinmann
Apply for a Blog
Please note that the posts on The Blogs are contributed by third parties. The opinions, facts and any media content in them are presented solely by the authors, and neither The Times of Israel nor its partners assume any responsibility for them. Please contact us in case of abuse. In case of abuse,
Report this post.

One year ago, I wrote my first article here in the Times of Israel. That day, I had stood at the grave of Zahara Levitov; the pilot who had lost two fiancées in the war for our independence and then gave her own life for our freedom. They had assigned us that grave to stand next to because she had no next of kin to be with her on Memorial Day. I remember feeling the importance of our presence to her memory and the life after death.

One year later, after her name had been more or less stashed in my sub-conscience, I found myself once again at Har Herzl, but this time, in the uniform I had anticipated to wear when I stood there one year ago. I was determined to find a grave without a family to stand by it, so I tried my luck in the section for the War of Independence. I found one on the right untouched and unvisited and take my place for the beginning of the ceremony. I spend the time before it starts to take a look at the plaque and see the name Zahara Levitov. It sounded familiar, but I didn’t have time to think as a woman from the same row started a conversation with me.

“Have you heard her story?” she asked. “No, I just came to stand for the ceremony,” I answered. She begins to tell me the tragically romantic tale of a woman who had lost it all, but still continued to fight until the end. That’s when my memories flooded in and I realized that I had ended up, by a coincidence only G-d could construct, at the very same grave I had visited last year. The woman I was speaking with then started asking me questions about myself and, in discovering I was a lone soldier and an only child, began to tell everyone around us (including commanders from the Kfir unit that had come to pay their respects as well) what an honor I was fulfilling in being here. I didn’t know what to say because here I was, with a woman who had actually made a difference, and this Israeli was impressed by me? I also could not understand what had led me here to this very spot two years in a row, but I knew it was fate and I could not have been prouder to sing HaTikva next to the woman who began it all, and to whose sacrifice merited my existence in the army at all.

An hour later and I had two more people to visit. The first, as many lone soldiers are quite familiar with, was Michael Levin. Because of Michael, so many people are inspired to join the army. We are given a place to hang out, support for all our needs, and an incredible group of friends and family that take care that we are safe and happy. Tons flocked his grave in order to pay their respects to him and his family that had flown in to see him.

The last person was someone who I feel I know personally and who holds a special place in my heart through my journey as a soldier. His name is Alex Singer, a lone soldier from New York who had come to live on Kibbutz Ein Tzurim, or the place I like to call home now. He was a commander who was killed fighting terrorists in Lebanon and he is the inspiration for our Garin, who have taken on his legacy as lone soldiers and with the name Garin Kadima. In his letters, he wrote, “If the war comes; When the war comes; I will have to lead men to die; But those men were not men a short time ago; Some don’t even shave yet; And I will have to have the calm power to yell to them, or to whisper: Kadima.” 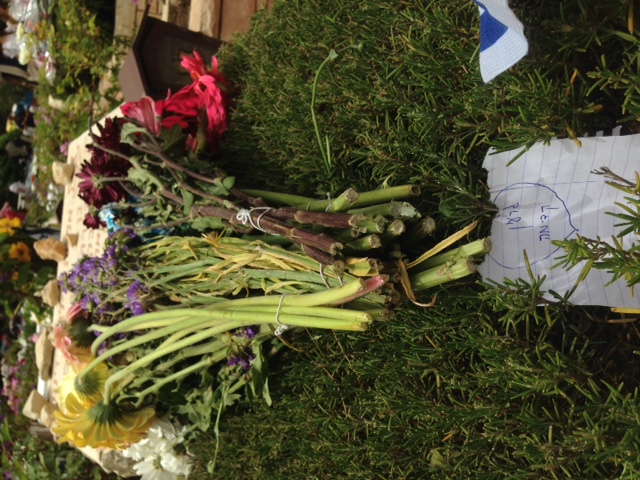 My family; consisted of 20 boys and girls who have all left our homes because we believe in living in a Jewish state, have all come forward now to do our service because that is what we feel is required of us. Sitting there with Alex for a long time, I started to grasp the importance of my role in this army and in this country. We have so much love to give to Israel and to each other. Our diversity makes us stronger, I thought, as a girl from my Garin laid a note from Garin Kadima that she had written in French. We prayed in Hebrew and spoke in English and cried in a language that every one of us can understand. “And I will have to have the calm power to step forward myself.” adds Alex. May all of us grasp the message and move forward, for also without the past, there would be no future. Kadima.

About the Author
Shani Weinmann was born in Atlanta, Georgia and grew up in the Jewish community of Toco Hills. She attended Torah Day School of Atlanta and Yeshiva Atlanta before coming to Midreshet Harova and then joining the IDF. She now works as a Madricha in the Midrasha and is studying Dance.
Related Topics
Related Posts
Comments