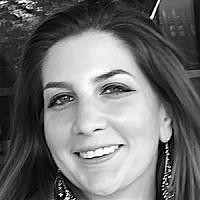 The Blogs
Shoshanna Schechter-Shaffin
Apply for a Blog
Advertisement
Please note that the posts on The Blogs are contributed by third parties. The opinions, facts and any media content in them are presented solely by the authors, and neither The Times of Israel nor its partners assume any responsibility for them. Please contact us in case of abuse. In case of abuse,
Report this post.

It has recently come to my attention that there has been some confusion in the Jewish world, so I believe that the time has come to provide some clarification on an important topic in current global events.

Yes, they are talking about YOU!

When violent anti-Israel/pro-Gaza protestors in London, Berlin, and Paris shout “Gas the Jews!” “Back to Birkenau!” and countless other horrific and grotesque anti-Semitic threats against Jews, they are talking about me, my three daughters, my two little nephews, and yes, my liberal-peace loving-human rights activists Jewish friends, they are also talking about you.

When Hamas activists in Gaza teach their children that it is an honorable act to kill Jews, they are talking about you. If you, your family, and your children were killed, they would rejoice in the streets, just like they do when news of Israeli casualties reach the streets of Gaza City. It doesn’t matter how many pro-Gaza human rights protests you attend or critical academic blog entries that you write, in their eyes we are all the same, all one Jewish nation that needs to be exterminated.

It’s time to leave the ivory tower and get personal. The anti-Semitic signs and slogans being chanted all over the world do not include neat disclaimers that state “When we mean Jews, we really just mean the super Zionist ones” or “We are not including the left-wing Jewish groups that want to give back Jerusalem” etc.  They are clearly speaking about all Jews, all over the world. What do we know about the personal politics about the French Jews who were held hostage in a Paris synagogue during a memorial service for the three Israeli murdered boys, or the Jewish business owners in Saracelles whose shops were vandalized, burned, and pillaged? All the violent protesters knew is that these people were Jewish and they wanted to express violence towards the Jews…all while carrying and wearing Palestinian flags.

As an academic myself, I understand the desire to attempt to separate anti-Zionism and anti-Semitism. However, the time has come to stop “theorizing” from our comfortable academic offices and realize that as time goes on, the lines between anti-Zionism and anti-Semitism have become so blurry that it has become almost impossible to distinguish one from the other. This is no longer simply an academic exercise or a hipster social justice activity; we are now talking about Jewish survival.

A common text used in Jewish social justice/Jewish service learning curricula to discuss the concept of “circles of responsibility” comes from Babylonian Talmud Bava Metzia 71a, which states

This text is generally used to explore concepts of how we personally view our own responsibility to help others. Most commonly in the past I personally, as a Jewish educator, have looked to this text to open up my students to thinking about Jewish responsibility in a more global manner. At this very moment, however, I am inclined to point out that the text first begins by clearly stating that your own needs and the needs of your own family take precedence over the needs of others.

As much as this breaks my heart to write, in this day and age where anti-Semitic violence in Western European countries is growing like wildfire, the global Jewish community needs to be focused on our own safety. Signing human-rights petitions against the IDF and filling your Facebook feed with anti-Israel articles isn’t going to help you when the rioters come to your town. At the end of the day, adding fuel to the anti-Israel fire is actually contributing to the physical harm of Jews around the world.

Kol Yisrael Are’viim Zeh la Zeh- All Jews are responsible for one another and indeed, we are our brother’s keeper. If Jewish history has taught us nothing else, it is that in the end, we can truly only rely on each other.

However, if your social justice juices are flowing and you really NEED a human rights crisis to focus on, might I suggest turning our attention towards the REAL war crimes happening on a daily basis in Syria?

Advertisement
About the Author
Shoshanna Schechter-Shaffin is a highly energetic and engaging speaker, writer, career Jewish Educator and Jewish Professional. She is the Executive Director of ALEPH: Alliance for Jewish Renewal, served on the faculty of the Department of Religious Studies and Women's Studies at Randolph-Macon College and currently serves on the faculties of Humanities, Religious Studies, and Gender Studies at the University of Texas-El Paso. Originally from Silver Spring, Maryland, Shoshanna is a graduate of the Charles E. Smith Jewish Day School. She earned her Bachelors degree in Anthropology and Jewish Studies from the University of Maryland and a Masters Degree in Jewish Studies with a focus on Jewish Women’s and Gender Studies from the Jewish Theological Seminary where she will begin pursuing an Ed.D in Jewish Education this Fall.
Comments