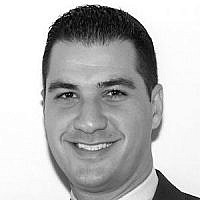 The Blogs
Yehuda Azoulay
Apply for a Blog
Please note that the posts on The Blogs are contributed by third parties. The opinions, facts and any media content in them are presented solely by the authors, and neither The Times of Israel nor its partners assume any responsibility for them. Please contact us in case of abuse. In case of abuse,
Report this post.

From Morocco to Toronto

Rabbi Rephael Ohayon was born on July 18, 1926 to Rabbi David and Gida Ohayon, in the small village of Aita Taab in the province of BeniMellal, Morocco. Even as a young child, Rephael was clearly special. In his interactions with his three siblings Mimon, Simy and Fanny, Rephael tended to steer clear of the usual sibling rivalry and avoid conflicts. He was a serious child who immersed himself completely in his Torah studies. Throughout his life, Rabbi Rephael’s non-confrontational persona was evident in all his relationships. His honesty, sincerity and humility paved his path to greatness, but sometimes cost him friends, opportunities and comfort.

In his yeshiva days, Rephael studied for nearly five years under the great Hachamim of Marrakesh, at the yeshiva situated in the Slat Al Azama Synagogue in Marrakesh. 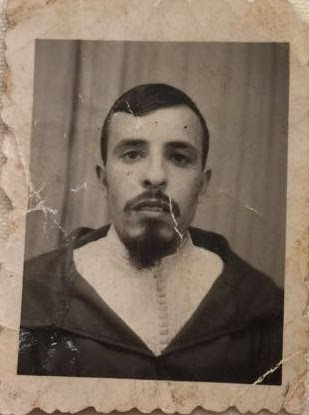 In June 1954, Rephael married Simy (Elfassy) daughter of Yosef & Habiba Elfassy also from AitaToub, Morocco. She was a descendant of the famed Rabbi Yitzhak Elfassy (1013–1103) also known by his Hebrew acronym, the Rif (Rabbi Isaac al-Fasi). The couple later settled in the small town of Sale, where their first child, Batsheva, was born. Later, Rabbi Rephael heeded the request that he fill the post of shochet in the Tangiers Jewish community, under the auspices of the Rabbinical court of Tangiers. While in Tangiers, Rabbi Rephael and Simy had three more children: Yedidya, Tirtza and Mechal. 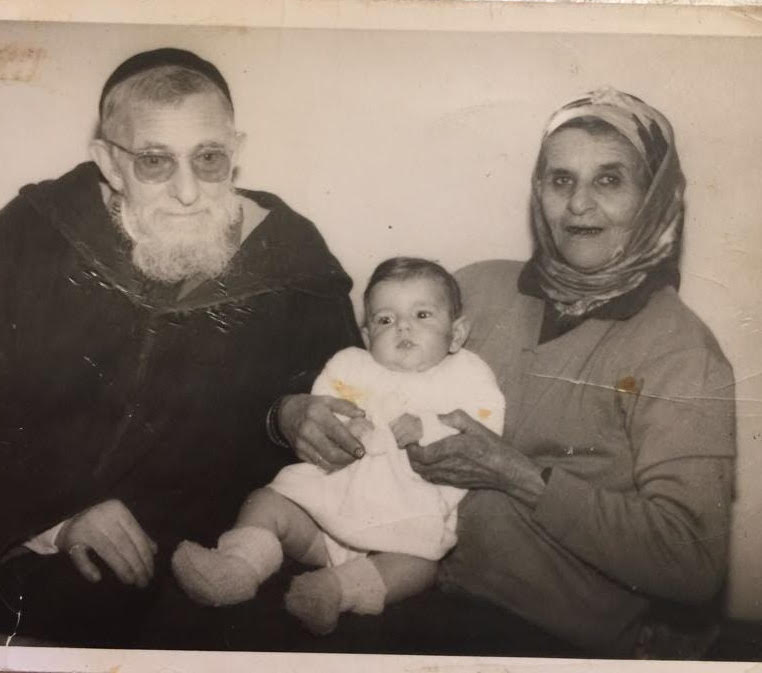 In Tangiers, the couple began to establish their own Torah home, modeled after the illustrious ones in which they had been raised. Rephael focused all of his energies on ensuring the preservation of the laws of shechita according to the Moroccan tradition. He was the official Shalich Tzibur for the Hachnasat Orchim synagogue in Tangiers, and also studied in the Bet Midrash with Rabbi Mordechai Encaoua, Chief Rabbi and head of the Bet Din of Tangiers, Morocco.

After residing in Tangiers for nearly eight years, Rabbi Rephael was offered a job opportunity in the new world, and with his teachers’ blessings, he accepted it and set sail. Rabbi Rephael and Simy arrived on the shores of Halifax on July 25th, 1961, and opted to settle in Toronto both on account of its large Moroccan community, and the opportunity that it offered. But the challenges ahead loomed large and ominous. 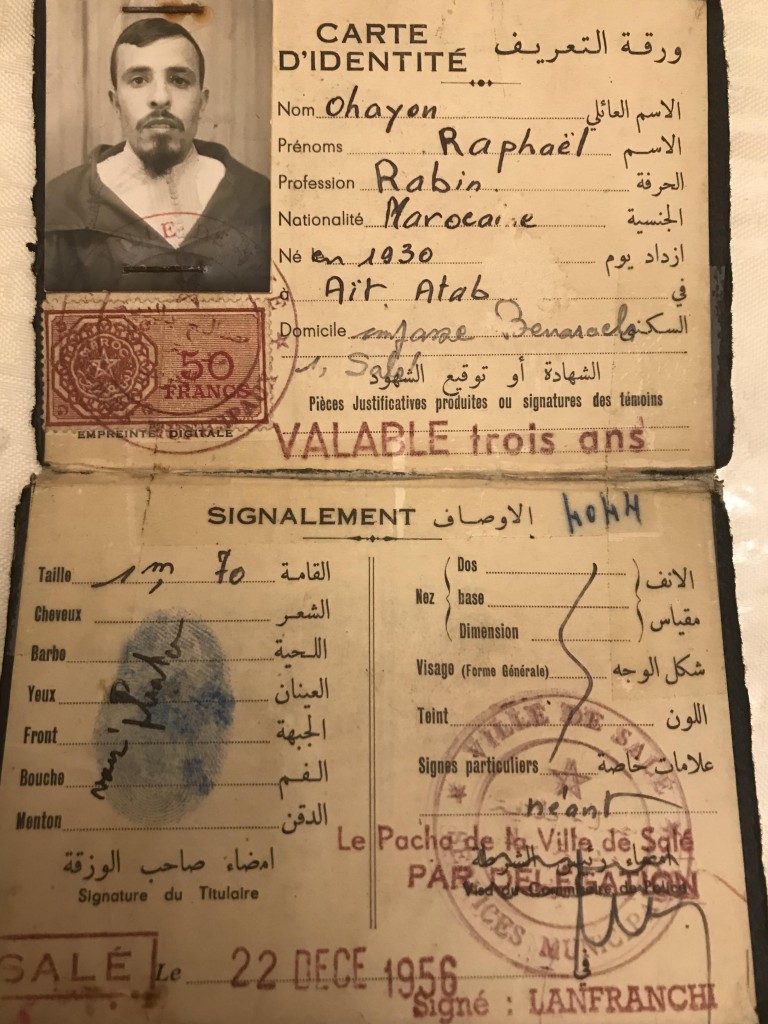 Rabbi Rephael had left behind the old world which he knew and cherished to embrace a new reality where the language, social norms, and lifestyle were all completely foreign to him. Moreover, the Moroccan community of Toronto numbered approximately 500 families, only a small handful of which observed kashrut and Shabbat.

But with challenge came opportunity, and Rabbi Rephael rose to the occasion. Now, many years later, the Sephardic community is a thriving stronghold of religious Jewish observance, and Rabbi Rephael Ohayon is unanimously credited for this transformation.

Rabbi Rephael was the original rabbi of the Magen David Sephardic Congregation – even naming it for his father Rabbi David Ohayon – and for thirteen years he served as its spiritual leader. 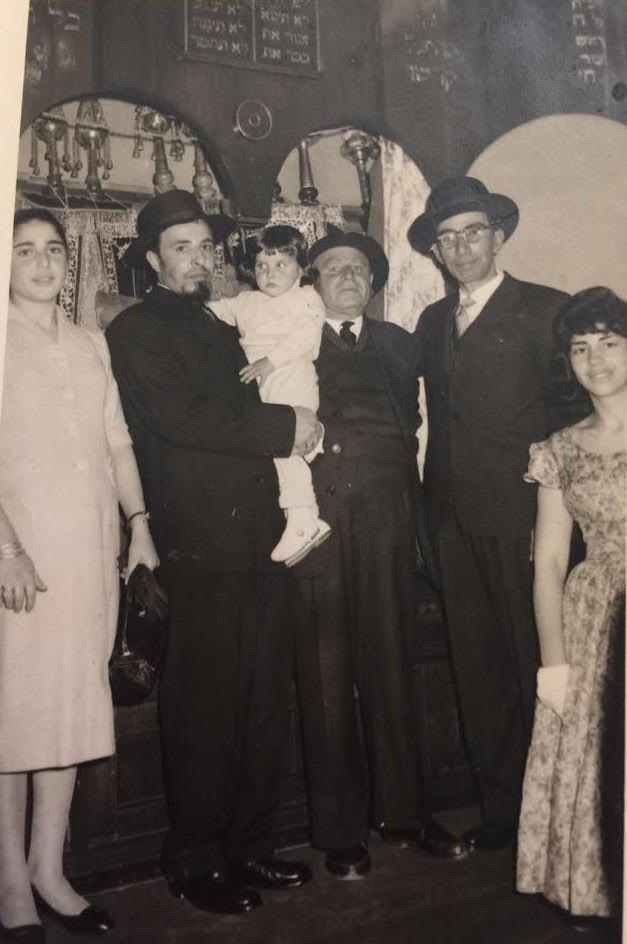 A Glimpse of Greatness

Rabbi Rephael Ohayon was known for his devotion and pure dedication to the study of Torah. Regardless of the challenges and distractions hurled his way, he knew how to shut the world out and maintain his focus.

Rabbi Rephael Ohayon was an example to everyone around him. There was a serenity, kindheartedness, simplicity that enveloped his whole being. It was impossible to be around him without being touched by it. His emunat hachamim (belief in Great Rabbis), and emunah peshuta (simple belief in G-d) were of a breed now extinct. Throughout his lifetime, thousands of people came to his doorstep and requested his advice and blessings. In the Ohayon home, this was simply the norm. 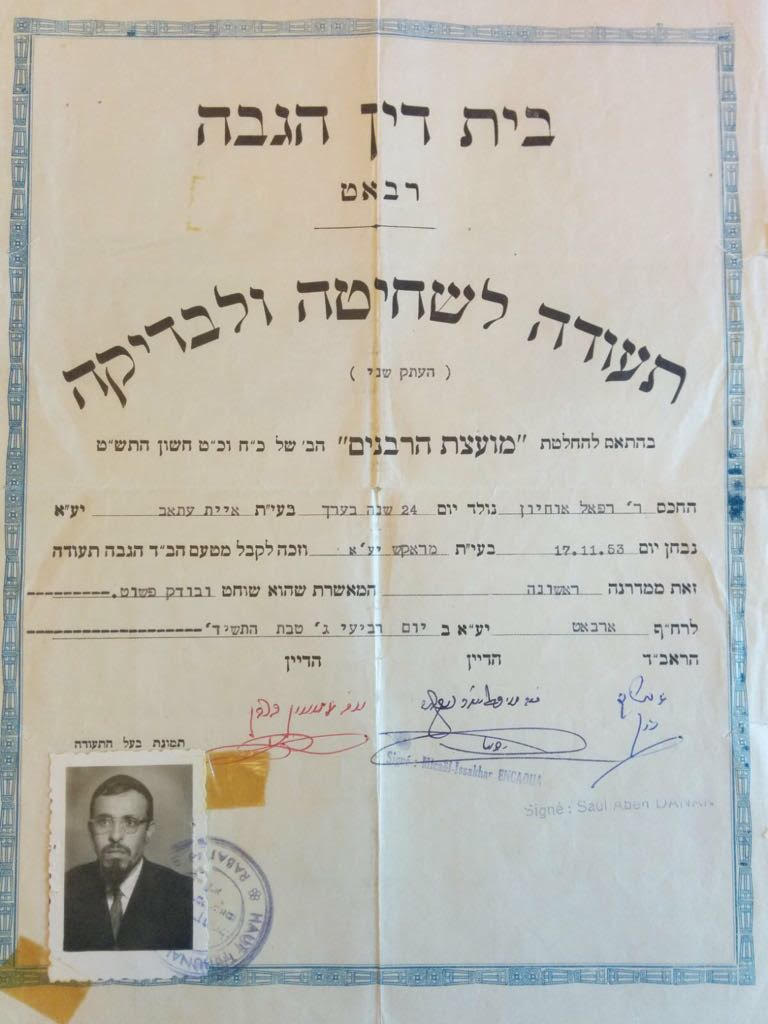 He was also particular in his performance of mitzvot, focusing not just on the act, but on the beauty and intellectual understanding behind the mitzvah as well. The final mitzvah he performed on his earthly journey was the handling of the etrog and lulav.

Rabbi Rephael belonged to a previous generation – one whose concept of dedication to Torah and Klal Yisrael was in a completely different league. One year at Pesach time, a famine raged throughout Morroco. At that time, the then-young Rephael Ohayon was studying at the yeshiva situated in the Slat Al Azama Synagogue in Marrakesh, and rather than return to his parents’ hometown for the holiday, he planned on spending Pesah with the members of the community of Marrakesh.

In their quest to fulfill the mitzvah of matzah baking, the community members scoured the fields for kernels of wheat to be ground into flour, but there were simply none to be found. Erev Pesah was around the corner and the poor families of Marrakesh didn’t have shmura matza (matza made of wheat guarded from the time it is harvested) for the seder. The Rabbinical authorities in Marrakesh realized that there was no way they would be able to fulfill the mitzvah of eating a kazayit[1] of matza shemura, but wanted to make sure there would be some substitute, albeit merely symbolic. Although rice was not generally part of the Morrocan diet, that was all there was to be had, and a group of yeshiva students – led by a few dedicated individuals including none other than Rabbi Rephael Ohayon – set about checking the rice grain by grain, and then grinding it into flour for the women to bake into matzot. The young men’s selfless dedication to the community as a whole, and their high level of yirat Shamayim reflected in the efforts they made to maintain the highest standards of kashrut under the most difficult of circumstances – is unfathomable in our times. Even during the greatest crises, their emunah and yirat Shamayim remained completely unscathed.[2] 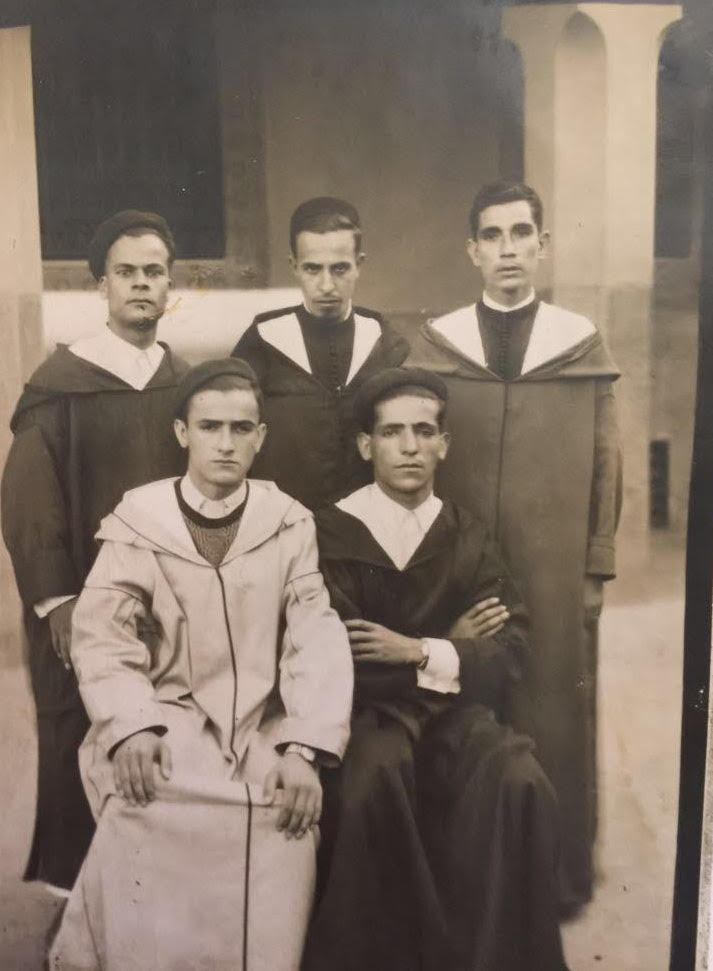 Rabbi Rephael Ohayon was also renowned for his profound kabalistic knowledge. This enabled him to help many people with a wide range of serious problems. For example, people often sought his advice on shidduchim. He was able to determine the auspiciousness of a particular shidduch by calculating the gematria (numerical values) of the names.

Once, a man in his forties asked the rabbi’s counsel regarding a particular shidduch with a woman he wished to marry. After making a few calculations, the rabbi regretfully informed the man that this shidduch wasn’t meant to be, and that such a marriage would end in divorce. The man failed to heed Rabbi Rephael’s advice, and went ahead and got married…only to divorce a short while later. After the divorce, the man went back to Rabbi Rephael to ask his forgiveness.

This special kabbalistic power was but one of Rabbi Rephael Ohayon’s many spiritual gifts.[3]

In keeping with Moroccan tradition, Rabbi Rephael had an artistically expressive handwriting. His elaborate writing was after the style of Moroccan Hachamim, and his inscriptions were famous for their artistic flair. Also notable was his famous personal signature, which liberally peppered his writings. 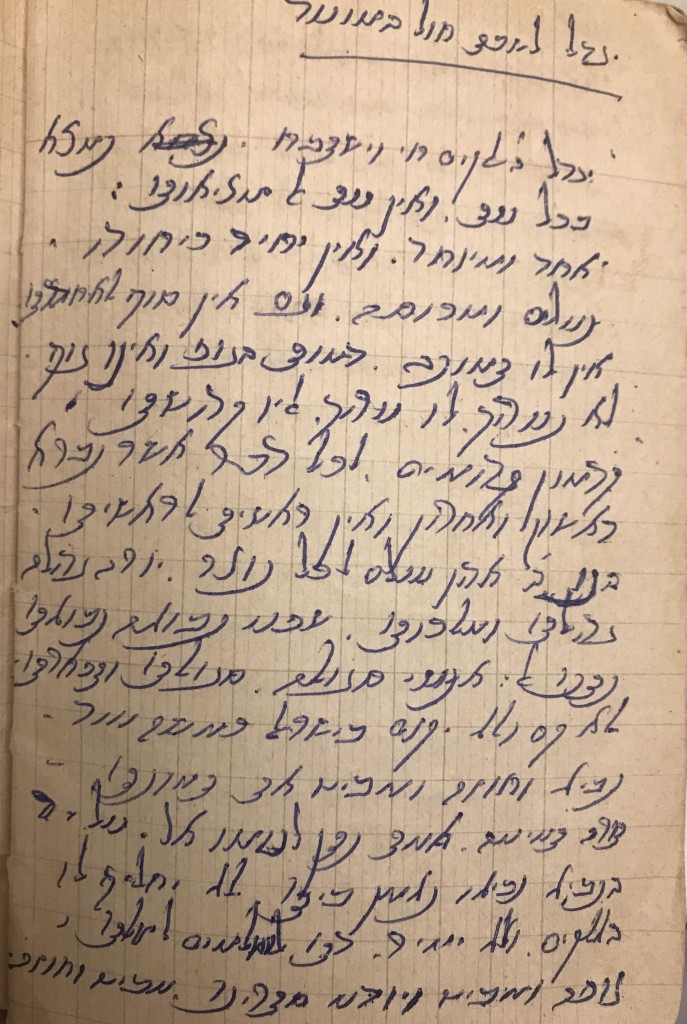 Handwriting of Rabbi Rephael Ohayon, The handwriting is regarding the Yigdal said on Hol Hamoed according to the Moroccan custom.

In his final year, Rabbi Refael was back and forth between hospitalization in Baycrest and Mount Sinai in Toronto. On Sunday, October 8th, early in the morning, my wife called to tell me that her grandfather’s condition was deteriorating. Asking no further questions, I picked myself up and made straight for the hospital. This turned out to be the last time I received a beracha from our grandfather, and the last time anyone really conversed with him. Shortly thereafter, his condition took a downward spiral.

Tuesday, October 10th, 2017 / 20th of Tishrei, 5778 marks a day of mourning not only for family and friends, but for Moroccan Jewry as a whole. It is the day we lost one of the last great sages of Morocco, and the void that formed can never be filled. He was one of the last links to Moroccan Jewry and its unique variety of Torah Jewry.

His wife Simy misses him more than words can describe. She has spent the past sixty three years with her husband listening to endless divrei Torah, halachot, and imbibing inspiring stories from times gone by.  Now his chair sits empty, and the house echoes with a heavy silence.

May the memory of Rabbi Rephael Ohayon be a source of inspiration and may we all be worthy to uphold his legacy by following his inspiring example of selfless devotion to Torah, the community, Klal Yisrael, and his loving family, amen. 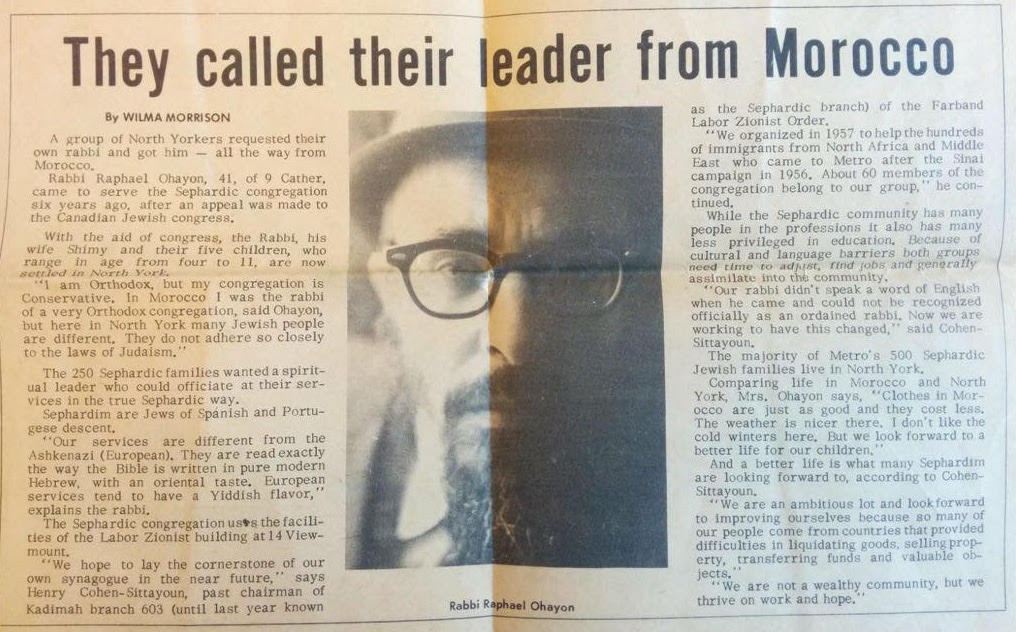 I write this letter here in Jerusalem, on a visit to your gravesite. It all feels extremely surreal. Wasn’t it just the other day that you gave me that beautiful beracha? This is all so fresh, so incomprehensible.

[1] Is a Talmudic unit of volume approximately equal to the size of an average olive.

About the Author
Yehuda (Allen) Azoulay is the founder of the Sephardic Legacy Series – “Institute for Preserving Sephardic Heritage." Yehuda is Co-founder to Ezrat Achim (Sephardic Resource of Toronto). He is a young and passionate noted scholar, educator, columnist, speaker, author, political activist, and entrepreneur. He is the Vice President of Concrete Mortgage Capital Inc. and as well head of Investor Relations for Queen Funding LLC.
Related Topics
Related Posts
Comments
Advertisement