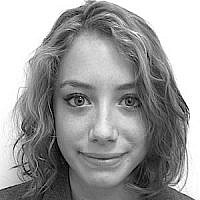 I have often found myself questioning the reason behind Israel being constantly criticized, overly monitored, and tirelessly argued about, when countries like Saudi Arabia, whose governmental policies need no introduction, stay out of the limelight. The reason why Israelis, when on vacation, constantly seem to run into people who cringe at hearing their country of origin. Why my star of David gives rise to angry stares, why the Israeli flag seems to symbolize pure evil when it’s just some blue and white lines and a star on a piece of fabric. Why a public image of an Israeli eating ice cream on social media never fails to attract #freepalestine comments.

“Why isn’t France/Germany/the UK criticized for shooting an armed terrorist in a vehicle, when similar acts in Israel are subject to unprecedented scrutiny?”, many of us have asked ourselves. And our response is to raise awareness; show them that their experience is one we are very familiar with. “Tel Aviv stands with London/Paris/Berlin/Stockholm” we say. But amongst the #Jesuistelavis and Netanyahu’s repetitive speeches on how “Israel knows what you’re dealing with, and please let us help you”, I think I may have finally understood the crucial difference that separates Israel from the rest of the world. The reason why citizens from other terrorist-affected countries won’t want to associate their experiences with those of Israeli citizens no matter how hard we try. The reason why the actions and policies of Saudi Arabia or Syria or North Korea will never be as carefully scrutinized as those of Israel. That reason is that whatever those countries may have done, at least their existence is undisputed. And that is the key factor.

Now, you may say, this isn’t news. We all know Israel’s right to exist is disputed, and that Israel’s enemies consistently try to change history and pretend it’s an artificial state. And sure, maybe this is something many of you have long understood. But for me, the correlation had not become so abundantly clear until just a few moments ago when I saw a video of Israeli soldiers running a marathon, wrapped in Israeli flags, and immediately wondered how many people would find this video offensive. What is it with that flag wrapped around their bodies that causes so much anger? And I realized it is not because that flag symbolizes a “tyrant government”, because the reaction would be the same regardless of who led the country. It is not because they are Israeli soldiers, because the reaction would be the same even if these were left-wing Israeli protesters running a marathon for a human rights charity. It’s because that flag symbolizes something that many, many people all around the world (a far greater amount than we may appreciate) think shouldn’t ever have come into existence. And this is why my family and friends had to run to safety through back alleys in Malmö in 2009 during our manifestation for peace in the city square. Because Israeli flags were present. And that meant that the words coming from the organizers about Israeli and Palestinian equal rights, and the right to safety for all citizens no matter where they’re from fell on deaf ears.

To me this really clarifies a number of things, such as the fact that our constant encouraging posts about Israeli science, research, and good deeds, will always sound whiny and self-entitled, because no matter how many good things the country produces, to them, it shouldn’t have been there in the first place. And this position is much, much harder to change than if citizens of other countries were simply unable to draw the connection between their own experiences and those of Israel, or if they simply didn’t know Israel is the home of incredible tech start-ups, etc., etc. None of those other aspects matter if the country is committing a wrong just by existing. If its citizens are committing a wrong just by flaunting the flag of their home country.

As I ramble, you may find yourself frustrated – “so she’s complaining, but what does she suggest we do?”

I don’t know. How does one convince millions of people that a country they think shouldn’t exist, should in fact exist? For some, perhaps the encouraging posts about Israel’s contribution to the world are enough. As a friend of mine once said, who cares about whether Israel should or shouldn’t have become a state – it’s been over 60 years, and today they are the leaders in cancer treatments and technology – isn’t that what matters? For others, that won’t be enough. The issue of lawful existence is so deeply embedded in their minds that nothing else will matter.

Perhaps for those people, we should start with the basics. Let #ourrighttoexist become a trend on Twitter, put efforts into promoting the idea that Jews deserve a home country just like every other people on Earth, and that that home country has to be Israel because that is the first country we were ever expelled from, and it is the only country all generations before us have hoped and prayed to return to. Or we can go for option number 3 – ignore them. Feel comfortable knowing that we know why Israel should exist, and that people can huff and puff and still won’t blow our house down. Sometimes there is a sense of tranquility to be found in simply knowing what’s right and not engaging. The point of this post was not to give advice on how to tackle the BDS-movement after all. Just some food for thought on this Thursday afternoon.

About the Author
Olivia Flasch was born in Sweden to Polish-Ukrainian Jewish parents. After high school, she spent a few months volunteering in Israel. She then completed her Bachelor's Degree in International Law (LL.B) in The Hague, The Netherlands, and her Master's Degree in Law (MJur) at the University of Oxford. She currently lives in London.
Comments