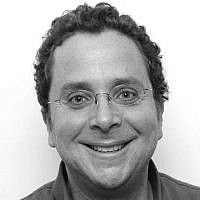 Some American Jewish progressives are embarrassed by and ashamed of Israel. They see many of the actions of successive Israeli governments during the last decade as immoral and simply impossible to justify or accept. They are disgusted that Kahanists sit in the Knesset, with Binyamin Netanyahu serving as the midwife of the deal which planted them there.

They are repulsed by the fact that the government allows Flag Parade participants to march through the Muslim Quarter, some who shout and sing racist epithets and chants, forcing residents to close their stores and hole up in their homes.

They are outraged that Israel – the country that they were told always extended its hand in peace to its Palestinian neighbors – has not even deigned to bother with any negotiations or peace processes for years, yet still saw fit to pass the “Israel as the Nation-State of the Jewish People” law, which explicitly failed to even mention the notion of equality between citizens.

They have not forgotten or forgiven Netanyahu’s racist and patently false comments about “Arab voters… heading to the polling stations in droves. Left-wing NGOs are bringing them in buses.” They are abhorred by the unending price tag attacks against Palestinian property and person, for which the vast majority of perpetrators have not been arrested or prosecuted.

They are outraged that two different national groups in the same territory do not fall under the same regime of laws, policing, prosecution or incarceration as one another.

They are deeply upset that MKs from across the political spectrum (with a handful of notable Jewish exceptions) support the extension of the (temporary) “Citizenship Law” amendment first passed in 2003 during the Second Intifada, which blocks Palestinian spouses of Israelis from gaining Israeli citizenship — all in the name of protecting the Jewish State against a perceived “demographic threat.” They are appalled that Ayelet Shaked, the Interior Minister of this “government of change,” made the point at the “handover ceremony” with her predecessor that she would do all she could to rid the country of asylum-seekers. They are sick of leaders who entrenched the (Ultra) Orthodox hegemons and delegitimized and demonized other streams of Judaism.

Whether one agrees with their arguments or not is irrelevant; we must still nonetheless understand their narrative and grapple with it. They are not trying to protect their “progressive credentials,” nor are they trying to ingratiate themselves with their contemporaries. They are not concerned that their non-Jewish friends and colleagues will deem them not “woke” enough.

They are not self-hating Jews, they are not auto-antisemites and they are not “un-Jews.” They are deeply committed and involved Jews who have enormous problems with Israel and Zionism. We can ignore them, we can condemn them, we can write them off or we can engage.

For more than a decade we were ruled by governments who argued that Israel, and Judea and Samaria, are one, that there is no Green Line, that all of the Land of Israel between the River to the Sea is our patrimony. And when Jewish progressives internalize that message and agree that all territory under Israeli control is Israel’s responsibility and perceive that what is happening in the territories on a daily basis is emblematic of Zionism and the State of Israel as a whole, we expel them from the Big Tent and condemn them as enemies of the Jewish people.

This does not excuse the actions of Hamas, which launched 4300 rockets at my people and made me run with my four-year-old twins toward the bomb shelter, on May 10. Regardless of any power imbalance which exists between the sides, Hamas members have agency and must also be held accountable for their actions.

I too felt the isolation and pain caused by some Diaspora Jews being seemingly more concerned with the fate of Gazans than with that of their own people. I too still fail to understand those who gave Hamas “a free pass” because they are the weaker party, as though strength and guilt automatically go hand-in-hand.

But maybe, if we really, really care about achdut Yisrael (Jewish unity), we need to engage in an open and real dialogue with our Diaspora sisters and brothers — “negotiations without preconditions” so to speak, without dismissing one another’s views a priori. Perhaps if we had had the courage and were willing to engage in discussion with Diaspora Jews about the issues raised in the first paragraph of this piece in a serious and constructive manner many years ago, perhaps if we had not, for the most part, refused to condemn (not just critique) Israel plainly and simply when called for (and bringing Jewish supremacists into the Knesset would have been one such appropriate occasion), perhaps if we had brought Palestinian (not just “good Arab”) voices and narratives to our educational frameworks in an ongoing, comprehensive and deliberate manner, we would not be where find ourselves today.

Perhaps a true mifgash (encounter) needs to take place in order to heal the fissures.

About the Author
Ilan Bloch is a licensed Israel tour guide and teacher.
Comments
Advertisement