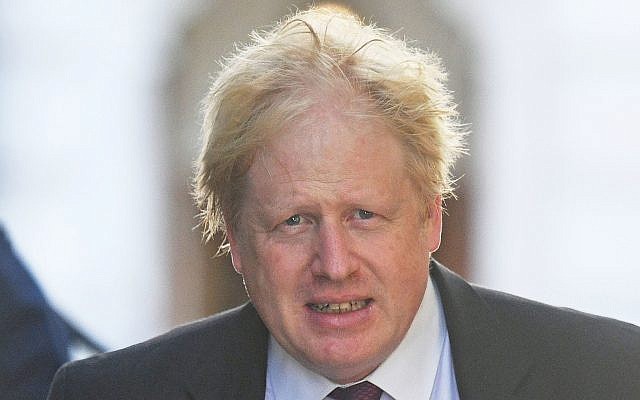 It is more than tempting, considering the week we have just had, to focus only on the lunacy afflicting the Labour Party. Every day – no, make that every hour – there is some new manifestation of anti-Semitic racism, primarily emanating from Jeremy Corbyn’s supporters, though not by any means exclusively.

Pity the poor journalist whose unhappy task it is to follow this derangement, to dot its “i”s and cross its “t”s.

Because, as I have observed before, things are moving so fast in the Wacky World of Hatred that it is well-nigh impossible to keep up. A suspension here, a lawyer’s letter there – and my, haven’t the lawyers, principally those retained by Margaret Hodge and Ian Austin, been having fun.

Once it was said, in jest, that for the dozens of Chinese restaurants in Soho there was only one giant subterranean kitchen, with chefs running dementedly from end to end. My fantasy is that somewhere there is a group of lawyers – the collective noun for whom is “a disputation of lawyers”, rather wonderfully – who sit, gowns and wigs cast aside, cackling as they hone each phrase with which to shoot down the incompetence and idiocy of the Labour Party.

Social media has been alive with quotes from the lawyers, and my particular favourite is Mishcon de Reya’s trenchant observation to Jennie Formby, Labour’s general secretary, that “it is clear you were making the rules up as you went, and even in defeat you have sought to spin your final decision in a disingenuous and false manner”.

Elsewhere in the forest, however, it seems to me that a lethal dose of legal snark needs to be administered, and quickly, to the Person Formerly Known As Our Foreign Secretary – Lord help us.

Having failed to get his way in Cabinet over the direction of Brexit – and patently, before the referendum, produced unprovable claims as to what would happen if we leave Europe – Boris did the Spectacular Sulk and resigned as foreign secretary.

Not before, of course, having his photograph taken in the course of resigning, looking grave and statesmanlike, though he couldn’t quite bring himself to brush his hair.

And now, what is Boris doing? Why, having unconvincingly slunk off to the backbenches and resumed his “journalistic career” at the Daily Telegraph, the MP for Uxbridge is courting controversy once again.

Johnson, as we must now insist on calling him because granting him the familiarity of a pet name does not help anyone, used his column to write that women who wore face veils “looked like bank robbers” and that those in burqas resembled “letterboxes.”

We Jews know only too well what happens with this kind of Islamophobia, and it is as unacceptable, and as reprehensible, as the vile anti-Semitism which has become part of the national background noise in the past months.

Conservative Party chairman Brandon Lewis said Johnson should apologise. Through “allies” – usually code for the person themselves – the former foreign Ssecretary refused, saying he was “speaking up for liberal values” and that any apology would “shut down legitimate debate”.

Shades of, ooh, I don’t know, Labour’s refusal to accept all of the IHRA definitions of anti-Semitism in case it would stifle criticism of Israel.

There are no degrees of disgusting. There is simply disgusting, Johnson has passed that barrier, and we should condemn him, no question.