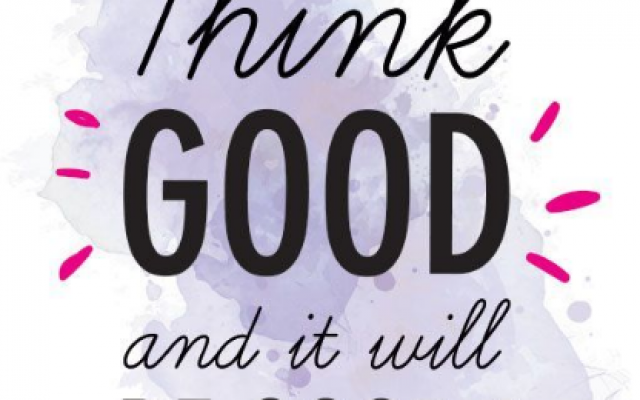 So many people talk about “Mother Nature,” “the force,” and “out there.” Call it whatever you want, but what are they talking about? Are these people blindly ascribing power to the unknown?

“Believe in a solution to every problem,” and “if you think positively, it will be positive.” The last time I checked, people are dying left and right in sudden and unexpected wars, accidents, or illnesses. They have not seen any answers to their problems. These people lying in hospital beds, thinking all the positive thoughts in the world but dying anyway.

Have you ever heard of statistics and probabilities? When was the last time anyone was ready to throw a thousand dollars at a company stock based on positive thinking? If 75% of the time, chances are leaning to the negative, you have to be blind to think positive.

Why are people so afraid to use the word “God?”? It is as if you must be a religious fanatic to use “that” word.

According to the latest polls at the time of my writing, 90% of Americans believe in God. Why are we afraid to say so in our schools, in public, and amongst our friends?

Once, a king was speaking to his advisor about the possibility of a God when he accidentally tipped over the ink wells on the table in front of him, and they spilled their contents on his royal clothes and the table before him. The king excused himself to change his clothes. The advisor quickly cleaned up the mess on the table and came up with a brilliant idea.

As an accomplished artist, he drew a beautiful picture of the gorgeous landscape seen through the palace windows in the place of the mess of ink. When the king returned, he asked the advisor what happened on the table and where the beautiful picture had come from. The advisor told the king that the ink that spilled over rearranged itself into the picture.

The king told the advisor to stop pulling his leg. It is impossible that inanimate ink could intelligently design itself into a landscape. “Only someone with a great mind and talent could draw such a beautiful portrayal of my garden,” said the king.

The advisor then told the king, “Why should anyone think differently when it comes to the beautiful landscape of the huge universe in all its precision and beauty?”

No one would ever believe a novel of a thousand pages that keeps every reader in suspense from page one to the last paragraph and includes so much wisdom could have come together randomly, all the letters falling into place. Why, then, should we think that the universe — with infinitely more components and complexities than the most difficult book — happened randomly?

Besides, what of the personal testimony of countless intelligent prophets, scholars, and sages over the generations who have personally communicated with what they have clearly said was the One and Only God?

People hesitate to use “God” because if there is a God, we must be accountable to Him, and for some people, that is pretty scary. But the truth is that accepting in our hearts that there is a God is highly comforting. Using every opportunity to strengthen our relationship with God is most fulfilling and gratifying.

To think, and to expect, that the outcome will be good works only if one puts his faith in God, who has the ability, even against all odds, to bring about positive results.

“Know therefore this day and keep in mind that God alone is God in heaven above and on earth below; there is no other.” Deut 4:39