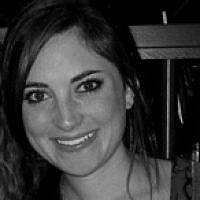 The Blogs
Danielle Taubman
Apply for a Blog
Advertisement
Please note that the posts on The Blogs are contributed by third parties. The opinions, facts and any media content in them are presented solely by the authors, and neither The Times of Israel nor its partners assume any responsibility for them. Please contact us in case of abuse. In case of abuse,
Report this post.

This marks my third time in Israel.

As a 22-year-old Jewish girl, I still had never set foot here.  I had no idea this fact was surprising until a rabbi told me so. He also added that his children had been to Israel at least eight times—and they were four and six.  I stared at him, brows raised.  I suddenly felt as though I was in competition with a four-year-old—and I was losing.

Before I went on that trip to Israel for the first time, my mom (who at different points in her life has lived in Israel) said she hoped I loved the country and found it as special as she did.  She hoped I would feel a strong connection to the land.  She hoped I would connect with everything it represents.

I was excited. But I was coming off of the high of a long trip to Europe and all of the memories I had created there. I was smitten with the cobblestone streets of Paris, the gold façade of Vienna, and the fresh pastries that each new country offered.  And I wasn’t as open to discovering another area of the globe as I may have been under usual circumstances.

Despite my temporary snobbery and disregard for anything that was not European, I felt lucky to be included on a birthright trip and at the very least, expected a great trip.

When our El Al plane touched the ground in Israel after ten long hours of travel, I clapped in relief with the other passengers.  While, it could have been the lack of sleep, when I reached the land of the Jewish people for the first time, I felt suddenly emotional.

After an incredible trip that pushed me to the limits of adventure and exhaustion—and certainly to my emotional limit—I knew it would not be my last time in Israel.

A year later, after doing everything I possibly could to return, I found a research assistantship that paired well with my master’s degree program in public health at University of Michigan’s School of Public Health. The best news was that I had landed my internship in Israel. I worked as an epidemiological research assistant at Ha’Emek Medical Center of Afula, just a few minutes from Detroit’s partnership region.

I am now here in Israel again for my third helping of fresh hummus, chicken shawarma, limonana, and Israeli ice cafe. I guess I fell in love.

About the Author
Danielle Taubman specialized in health communications at the University of Michigan School of Public Health; She was born and raised in Metro Detroit and is now living in Israel where she works as a research assistant at the University of Haifa School of Public Health; She has contributed to several personal and professional blogs, but especially enjoys health and wellness blogging.
Comments