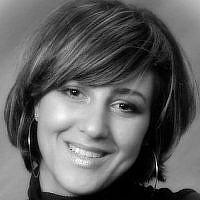 The Blogs
Tzippy Cohen Perlstein
Apply for a Blog
Please note that the posts on The Blogs are contributed by third parties. The opinions, facts and any media content in them are presented solely by the authors, and neither The Times of Israel nor its partners assume any responsibility for them. Please contact us in case of abuse. In case of abuse,
Report this post.

I’ve often wondered who decided the appropriate number of days a mourner must sit shiva. What was the logic behind the directives as to who, what, when, where and how? (And there are in fact guidelines for all of this.)

I wonder about this in the same manner I wonder about most things; not to enter a world of infinite questions, doubt and skepticism, rather, to gain a deeper understanding of the many traditions we adhere to, and a stronger bond in so doing. And in my wondering, I concluded that shiva is indeed a gift to the bereaved. It is a specific time set aside to force one back on the proverbial horse. To enable them to accept what has now become past, and connect it with the future that must be.

It isn’t an easy thing. Nobody who has just endured a staggering personal loss would realistically choose to be surrounded by people — many whom they often don’t really know — for their waking hours for a full seven days. Nor would they want a quorum of ten men gathering in their own private space three times a day — a quorum in which they too are expected to participate. And yet, tradition dictates this to be the standard. It’s actually quite genius if you ask me. Essentially, shiva is telling the mourner “I know you want to just crawl into bed and bury yourself in your pillows and tears. But I know what’s better for you in the long run, and this is it.” It’s true. In the shiva period, people come forth to show their support. Their showing up says: “I acknowledge your pain. I am here for you. I wish you happiness and healing.”

In the psychological realm of therapy, healing and progression, it is a given that those who lack an adequate network of social and familial support have a much harder time coping with everyday stresses, let alone major life changing events and tragedies. Being forced into some form of socialization immediately encourages the mourner to believe that there is hope beyond today, it will be possible to be around and relate to other people again, and that others who suffered similar losses have managed to move forward — some of whom may be sitting in front of them during shiva.

The seven days of shiva also represent and cover every day of the week. I find a message for mourners in this, too: Your loss will be remembered and experienced in some way every single day of the week. It will not be one day, or three. On each of these days, throughout the entire year, you will likely experience lingering pain from your loss. But see here, in the most difficult, raw and incomprehensible period of suffering, you have pulled through. Not one day, not three, but an entire seven days. This, this, is how you will go on. Let these seven days of pain and healing serve as the framework to show you how to overcome the next many weeks of seven days.

I have never had to sit shiva. But 13 years ago today, on the thirteenth of the month of Elul, I survived a terrorist bombing in Israel which too many did not. Seven innocent families torn at the seams, countless shirts ripped with gut wrenching cries, and children, siblings and parents thrown into the trenches of mourning and the lifelong anguish that shadows it. It was an innocent coffee break with a couple of friends. It was safe — there was a security guard at the café’s entrance, after-all. But G-d had other plans.

Though wounded, I was among the ‘lucky’ survivors. After being released from my hospital stay to surgically remove the shrapnel embedded in my back, I was told that there was still one day left to Shiva for the family of the heroic security guard who was killed in the bombing — Alon Mizrachi, obm.

Difficult as it was, I knew I wanted to pay a shiva call and thank them for their son. I sat silently at the back, unable to speak, until the grieving father approached me. I wanted to tell him who I was, and how I got to be there, but instead of words, tears sprang forth. Someone else explained my presence to the family, and, instead of me giving the mourners comfort and strength, it was the bereaved parents of Alon who spoke words of courage, hope, and love. 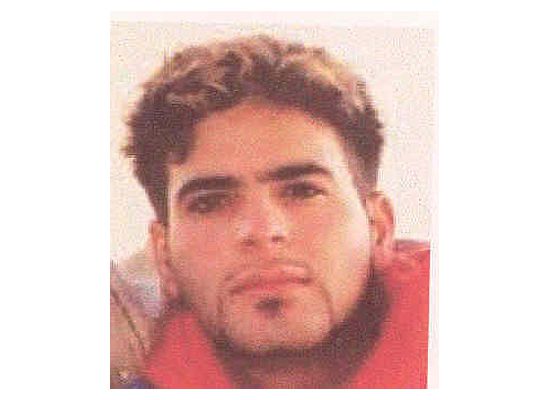 It’s been more than a few years since their seven days of mourning came to a close, but, no doubt, the loss they endured remains with them to this day. I was merely a fortunate survivor, and still the trauma experienced in that time has its place within me, even today. But this year marks the thirteenth year since the bombing. And there is something I find so significant and relevant in the number 13 in pain, healing and moving on. There are 12 hours in each part of a day. That thirteenth hour is the start of something completely new; it is the dawn of a new tomorrow, or the beginning of a new night. It’s time moving forward and us choosing to go and grow with it.

There are also 12 months in the calendar year. Thirteen is really the new one of the next year. It is the synchronized chance for closure of the past and the opportunity to embrace a new beginning. It is a time to let go of the last year and anticipate the promise of the new one. I can’t think of better timing than for this to coincide with the Days Of Awe as we approach Rosh Hashanah and the hopes for the New Year.

Thirteen is also the age of becoming bar mitzvah. Up until now the child was an extension of his parents when it came to fulfilling the commandments of the Torah. He was not accountable, nor responsible for their completion. But at 13, Jewish law holds that a person has experienced, learned and matured enough to take responsibility for his own future. At 13-years-old, one is no longer considered a child. It is expected that they be able to rationalize with their intellect, even where emotions threatens to overwhelm. At 13 years, one has to have found a permanent and safe place for their pain so that it serves to help rather than hinder their growth.

According to the secular world, the number 13 is riddled with negative associations, bad omens, disturbing twists of fate, and a general connotation of downright bad luck. But in the Jewish faith, the same number has many positive associations. In fact, the entire basis of Judaism is theoretically founded upon this very number with the Thirteen Principles of Faith*. These are the fundamentals of our religion. These are the fundamentals of our existence and continuity. These are the Principles that connect our past with our future. They give meaning to the good and the ‘bad’, pleasure and pain, sickness and healing, life, death, the beginning and the end. It all comes from One. If we can truly accept and believe in these Principles, our faith will remain rock solid and give us the fortitude to navigate every path life sets us on.

Seven innocent victims were murdered 13 years ago. While I may have lost a part of myself on that day, I gained a part of the world and life that not all have access to — a deep perspective, understanding and faith in G-d that cannot be bought, transferred or returned. I will always cherish that second chance I’ve been given — that 13 is my new one.

* The foundation of all foundations [and basic principles of the Torah] and the pillar of all wisdoms is to know that there is a First Being Who brings every existing thing into being. All existing things – in heaven, on earth and what is between them – come into being only from His true existence.

If it should enter one’s mind that He does not exist – no other thing could have any existence. Mishneh Torah, Yesodei HaTorah, 1:1-2

About the Author
With a passion for writing, travel, health minded cooking/baking, music, the Arts and anything creative, Tzippy is always looking deeper than the surface to connect what is similar between people, events and her passions. While music may well be the pen to her soul, writing is the ink to her mind and the expression of her heart.
Related Topics
Related Posts
Comments