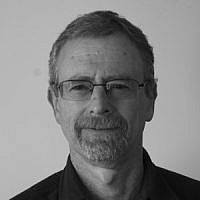 The Blogs
Michael Felsen
Apply for a Blog
Advertisement
Please note that the posts on The Blogs are contributed by third parties. The opinions, facts and any media content in them are presented solely by the authors, and neither The Times of Israel nor its partners assume any responsibility for them. Please contact us in case of abuse. In case of abuse,
Report this post.

Secretary of State John Kerry is racking up frequent flier miles shuttling back and forth to the Middle East.  Undeniably, he’s a man on a mission, a mission his president unmistakably endorses.  His immediate goal is to get the parties back to the bargaining table, but the endgame is what has become the holy grail of U.S. foreign policy: Israeli-Arab peace.  Last week, in his major policy speech on counter-terrorism, President Obama discussed the importance of a strategy that addresses “the underlying grievances and conflicts that feed extremism.”  In the same breath he said:  “We are actively working to promote peace between Israelis and Palestinians — because it is right and because such a peace could help reshape attitudes in the region.”  The words echo multiple similar pronouncements by the Administration over the past four-plus years.

Unfortunately, we can’t help but wonder:  will all the words and all the activity leave us with the sense of “déjà vu all over again,” the gnawing frustration that has repeatedly followed thinking – and hoping — there might be an opening for a just and lasting end to the conflict?  Do Obama’s oration and Kerry’s efforts display simply another round of aspiration – destined to be unmet by the Israeli and Palestinian perspiration needed to make the necessary deal?

As always, there’s plenty of justification for the now-routine skepticism.   On the Palestinian side: unity talks haven’t progressed, Hamas has yet to renounce violence or accept an Israeli state, Prime Minister Salam Fayyad has resigned, and the people are losing – if they haven’t completely lost — hope in an illusory “peace process” intended to deliver a Palestinian state.   On the Israeli side: settlement building continues, a significant segment of the Knesset dismisses out of hand the idea of a Palestinian state in Gaza and the West Bank, and the people, as the recent elections demonstrated, seem content – or resigned — to avoid dealing with the challenge of Israeli-Arab peace altogether.

But in the face of lots of doom-saying, consider this:  the Arab Peace Initiative is back in the picture, front and center — and this time with a key modification that should make it all the more appealing to Israel. The API, launched by Saudi Arabia and endorsed in 2003 by all 22 members of the Arab League – and also by the 55 members of the Organization of Islamic States — offers to normalize relations with Israel in return for Israeli withdrawal to pre-June 1967 borders, the establishment of a Palestinian state with East Jerusalem as its capital and an “agreed-upon resolution” to the Palestinian refugee problem. A freshly-minted poll of Jewish, Hebrew–speaking Israelis by Israeli polling company New Wave Research finds that 55% of those interviewed express support for the API; the number leaps to 69% were Israeli Prime Minister Netanyahu to adopt the Initiative and reach a final status agreement with the Arab states.  In other words, if Netanyahu negotiates peace consistent with the principles of the API, the Israeli people will have his back.

But what about the settlement blocs close to the green Line? Look at the April 30 pronouncement by Qatari Foreign Minister Hamad bin Jassim al-Thani.  It amends the Arab Peace Initiative’s call for a Palestinian state within the 1967 borders by endorsing, for the first time, a “comparable and mutually agreed” minor land swap.  This brings the Arab states – including Muslim Brotherhood-led Egypt — squarely in line with the long-standing position of the U.S. government and the rest of the international community on this subject.

Add to this the fact, reported in the May 1 Jerusalem Post, that Palestinian Authority Foreign Minister Riyad Malki announced – as a gesture of good faith, in appreciation of “sincere U.S. efforts,” and with the goal of achieving “peace with Israel on the basis of a two-state solution” – that the PA would freeze its efforts to join United Nations agencies or turn to the International Criminal Court.

So what’s left to get the parties sit down and talk peace?  According to Saeb Erekat, the chief Palestinian negotiator, quoted in the May 26 New York Times, it boils down to this:  Prime Minister Netanyahu “needs to say…he accepts two states on 1967.”  (Read between the lines and add: “along with minor comparable and mutually agreeable land swaps,” as per the modified Arab Peace Initiative.)

With the prospect of a just and lasting peace between Israel and not only the Palestinian people, but also the entire Arab world, waiting, impatiently, to be delivered – with enthusiastic U.S. and international support — one well might ask: What is the Prime Minister waiting for?

About the Author
Michael Felsen's op-eds on Israel/Palestine, American Jewish-Muslim relations, and secular humanism have been published in Haaretz, The Jerusalem Post, the Boston Globe, The Forward, Common Ground News Service, and elsewhere around the world. He is an attorney who recently retired after four decades in government, and is a past president of the Boston chapter of Workmen’s Circle, an almost 120-year old communal organization dedicated to secular Jewish education, culture, and social justice.
Comments