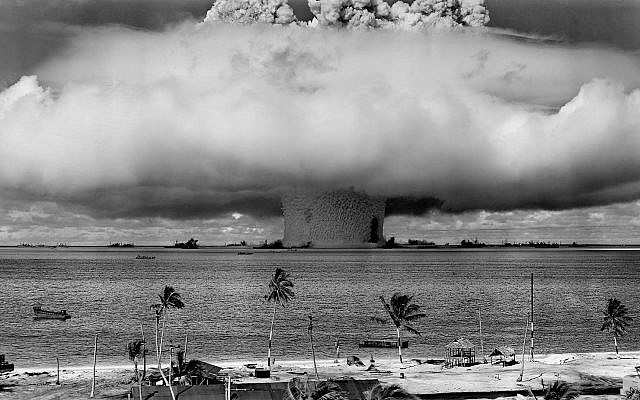 It is sad to see the once-great United States of America becoming a failed state. The world, that looked to America for guidance and protection, has seen what America’s friendship is really worth.

The Taliban, a third-world group of thugs, armed with little more than sticks and stones, has pushed the world’s number one power into panicked retreat. The Afghan people have learnt, at a heavy cost, that you cannot trust America.

The Taliban’s advance could have been halted with just a telephone call. Yes, a telephone call from the President to the leader of the Taliban would have stopped them in their tracks.
Dear Mr. Taliban, the President might have said, please stop attacking Afghanistan and go home. If you don’t, I will have to use a few of my tactical nuclear weapons.

If the Taliban were not familiar with the concept, the President might have taken a moment or two of his valuable time to enlighten them.

Tactical nuclear weapons are designed for use in situations where friendly forces are near-by. They may even be used on friendly territory where an enemy has gained access. While a lot less powerful than strategic nuclear weapons, they are still very effective against sticks and stones.

The United States has some 230 tactical nuclear weapons; most are stored in the United States, but nearly 100 are currently deployed, ready for use, on aircraft. They could certainly spare a few to deal with the Taliban.

So why the ignominious retreat from Kabul? Were the Taliban not threatening America and its many interests in the region? Surely a small demonstration of fire power, with just a couple of tactical nukes, would have done the job.

Retreat has never ended well.  A glance at a history book shows numerous occasions where a timorous nation has left all its obligations and run away in the face of a weaker but more determined power.

Now the world is left divided into two camps; those who were once kept in check by fear of America and those who once relied on America for support and protection. With the true face of America revealed, its enemies need no longer fear, and its friends can no longer rely.

This is especially important for Israel. We have no-one to rely on but ourselves; we certainly cannot rely on America.