Imagine you’re running for the highest office in the land.

Imagine that during your campaign for this office, your people meet with agents of an enemy nation and sign an agreement with them. According to this agreement, they will throw their support behind you in the election, and in return, you will do things for them in your country — things which are against your national interest, and which they could never accomplish on their own.

Imagine that you win, and after taking office, despite only having the support of a minority of citizens, you immediately begin implementing the agreement you made with this enemy.  In secret, of course.

Imagine that when it gets out, and large segments of the population stage demonstrations to protest your actions, you mock them publicly.  You call them names, and dismiss their concerns.  You laugh at them. After all, they didn’t vote for you anyway. 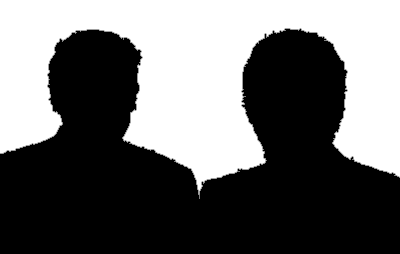 Now… imagine that it’s 25 years later. You have betrayed and lied to your own nation, and carnage has ensued. You are long gone, but your legacy lives on, along with all the damage it has brought in its wake. Growing numbers of people throughout the world have begun to question the very legitimacy of your country.  Since you implemented the terms of the agreement you made with enemies of your country, security costs have skyrocketed, and merely to remain safe, your country has had to pay, over those 25 years, an additional one trillion shekels.

You see, colluding with enemies of your country… that’s never been part of the right wing playbook.  By contrast, it’s been the go-to tactic of the left for the better part of a century.  In America, during the cold war, leftists colluded with the USSR on a regular basis. During Obama’s presidency, the collusion was with Iran. And even today, everything that has come out during the Mueller witch trials has pointed to Democrat collusion with Russia, rather than collusion on the part of Trump and his people.

In the same way that American leftists colluded with the Soviet Union, Israeli leftists colluded with the implacable enemies of the Jewish state.  The so-called “Palestine Liberation Organization”, or PLO, which had — and continues to have — the goal of wiping the State of Israel from the map.  Which lionizes perpetrators of atrocities; of the deliberate targeting of non-combatants, including children.  Which names schools and streets and community centers after the terrorists who commit these vile acts.

Last week, Moshe Feiglin released his new book, Israel’s Quixotic Quest for Normalcy.  It’s currently out only in Hebrew, but the English edition will be released fairly soon.  The first part of the book gives an overview of how the disastrous Oslo Accords were foisted on the people of Israel after Rabin ran on a platform directly opposed to its provisions.  He didn’t change his views after he was elected because the situation had changed.  He and his follow Labor Party members had signed an agreement with the PLO, at a time when it was illegal to meet with the PLO at all, agreeing to set up a PLO run “autonomous zone” in Israel’s heartland if they would use their influence on Israeli Arabs to get them to vote for the Labor Party, which Rabin headed.

The extra trillion shekels Israel has spent since the signing of the disastrous Oslo Accords is far from the only price Israel has paid.  Even the six-fold increase in the number of terrorist murders after the agreement was signed, relative to the number prior to the agreement, doesn’t tell the whole story.  The greatest price Israel has paid, and continues to pay, is international delegitimization, including delegitimization in the eyes of young western Jews.  Because of course, if you publicly acknowledge that justice is on the side of those who want to destroy you, why would you expect others to respect your existence?  You’ve as much as told them that you’re in the wrong.

The damage that Yitzchak Rabin and the Labor Party did to Israel is still being felt.  It was felt almost immediately.  That’s the sign of real collusion.  Had the Trump campaign colluded with the Russians, that would have been felt immediately upon Trump taking office.  But where Yitzchak Rabin shook the hand of arch-terrorist Yasser Arafat, Donald Trump has imposed increased sanctions on Russia, which have resulted in a major hit to the ruble.  Where Yitzchak Rabin gave deadly weapons to the PLO, many of which were later used in attacks on Israeli civilians, Donald Trump sold lethal weapons to Ukraine to aid them in their struggle against Russia.  Where Yitzchak Rabin brought the most dangerous (to Israel) terrorist organization in the world from its backwater Tunisian exile to the heartland of Israel and legitimized them in the eyes of the world, Donald Trump expelled 60 Russian intelligence officers and ordered numerous Russian consulates closed.

It’s really not that hard to see the difference. 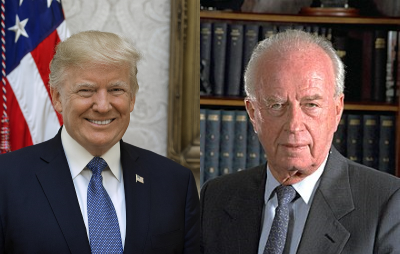 Donald J. Trump, who is being accused of colluding with Russia. Yitzchak Rabin, who actually colluded with the PLO terrorist group.

The only political party in Israel which is committed to ending and reversing the Oslo Accords is Moshe Feiglin’s Zehut Party.  As of right now, it appears as though there is only one escape from the national nightmare created by the minority goverment of Yitzchak Rabin, and that is the Zehut Party, under the leadership of Moshe Feiglin.

About the Author
Lisa Liel lives in Karmiel with her family. She works as a programmer/developer, reads a lot, watches too much TV, does research in Bronze/Iron Age archaeology of the Middle East, and argues a lot on Facebook.
Comments