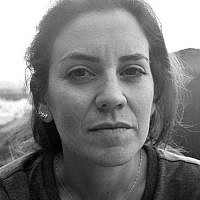 The Blogs
Alva Yaffe
A Canadian in Tel Aviv
Apply for a Blog
Please note that the posts on The Blogs are contributed by third parties. The opinions, facts and any media content in them are presented solely by the authors, and neither The Times of Israel nor its partners assume any responsibility for them. Please contact us in case of abuse. In case of abuse,
Report this post. 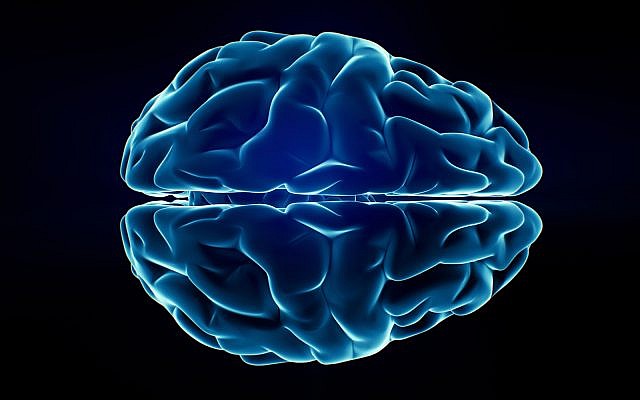 Believe it or not, English is not an official language in Israel. Hebrew and Arabic are. Next in line is Russian at 15% of the population and then Yiddish, French, and English are each spoken by 2%. Yup, there are just as many Yiddish speakers as English speakers. Oy.

If you move to Israel, the choice to learn, or not to learn, Hebrew is an important one. People may tell you that you can get by without it, or that just the basics will suffice. Mind you, those are the opinions of olim that don’t speak Hebrew, where I’m sure bias comes into play. Sure, you can “get by” with the basic phrases if you want to survive. But who wants to just survive? I am here to tell you that it’s crappy advice. You need to learn Hebrew. Yes, “need.” It’s a necessity in this country. When I took it to the polls on Facebook, I asked olim whether or not they thought Hebrew was a necessity to live in Israel. 86% said yes, absolutely. 12% said knowing the basics is enough. And two people said you don’t need Hebrew at all. Two.

Learning Hebrew is essential to living in Israel, despite how difficult it can be mentally and why our brains make it harder for us. And I’ll tell you why soon. But first, let’s all get the “woe is me” part out of the way. Because let’s face it, we’re Jews and we’re here to complain.

It’s not easy, I know

Time is not our friend when it comes to language acquisition. The older we get, the harder it is. Take it from me. I learned Hebrew after making Aliyah at the age of 27 – despite having two Hebrew-speaking parents! If you’re making Aliyah or thinking of it, you’re going to have to put learning Hebrew on the list. It sucks, I know. But trust me, it’s worth it.

Why does it suck? Well, because it’s just so haaaardd. Basically, as we get older, our brain plasticity decreases. That plasticity is what makes learning as a kid so much easier. The brain is kind of like plasticine: it starts out soft and doughy and you can shape it into almost anything, only to harden with time and become like a rock. Well, not as literal as that. But you get the point. Which is, the older we get, the less malleable the brain is and the harder it is to acquire new knowledge. And language is no exception. Recent research says that people should learn a language before the age of 10 in order to speak like a native. Meaning they won’t have an accent. Meaning we’re all screwed. It’s not our fault though, we literally can’t NOT have an accent! Tell that to people who will mock the way you say “le haim” instead of “le CHaim”. I actually have the chet, but I don’t have the resh. My “r”s don’t roll as beautifully as the Israelis’. But I have learned to embrace my Canadian accent whenever I say “baroor”. F*#k it. My accent is here to stay, and so is yours.

Research also shows that language learning declines after the age of 18. Which is another reason why it’s more difficult for adults. And let’s just add one more tidbit of discouraging information: it takes 30 years to fully master a language. Ugh.

The case for Hebrew

Discouraged? Obviously. But don’t get the Heebie jeebies just yet. Let the perks of learning Hebrew lure you in instead.

The truth is, if you really want to become part of the fabric of the culture and be a contributing member of society, you need to speak the language of the natives. Those people who told you that you don’t really need to learn Hebrew? Yeah, they don’t know what they’re talking about and are actually missing out on a rich cultural experience. Like with any culture, there are good things and not to so good things. Speaking the native language not only provides benefits, it also prevents unnecessary stress and pain of dealing with daily hassles.

If you’re anything like me, you like practical and tangible. So, here’s a list of some typical activities that require speaking Hebrew that without speaking it have the potential to make you crawl into the fetal position and cry for your mom:

Okay, but not everything has to be about avoiding painful experiences. The way I see it: the more languages you speak, the more opportunities. Like having conversations with strangers, because as it turns out, Israelis can be very friendly. Sometimes the old man next to you waiting for the bus is like the grandpa that you never knew. Or being able to work in a Hebrew setting and conduct business with Israelis instead of being confined to the Anglo market. The English job market is small (remember: 2%). Becoming friends with Israelis and learning about people who aren’t like you! And if you end up falling in love with an Israeli, you’re going to want to be able to say more than “ma nishma?” and “mmm taim” at the family dinners.

Israelis have their idiosyncrasies and you wouldn’t know it if you didn’t understand what the hell they were saying. Yes, sometimes their conversations sound like they want to kill each other. But what sounds like a yelling match can easily be just a passionate conversation about what happened to them at work. Knowing what you’re witnessing can prevent you from feeling the need to back away while smiling and nodding.

And for the olim that are here to stay and end up starting a little family of their own (like myself), and something that might really resonate with those who have immigrant parents that never learned English: parents should speak the language of their children! If you want to communicate with your kids and also be a part of their lives, you gotta speak their language. And by language I don’t mean using their slang and sounding pathetic. I mean being able to speak with them and to their friends and being part of their world. I couldn’t imagine any other way. To be honest, when I think about my daughter growing up and speaking native Hebrew in a way that I will never be able to, it’s weird. But that’s another story waiting to be written.

Another benefit of knowing Hebrew is using its unique words and idioms. There are words and phrases in all other languages that just don’t exist in English. And Hebrew is no exception. Here are some words that are used in Hebrew where English just doesn’t cut it:

And it’s not just about the words. Sometimes speaking another language can give you the liberty to express yourself in ways that you otherwise might not have. The Hebrew language offers many ways to express love and fondness that I find is lacking in English. Words to refer to someone close to you or that you like, such as “mami” and “motek”, somehow come more naturally to me than “babe” or “honey”. And I use them every day. Back home in English? No way.

Israelis can be, um let’s say, theatrical. They love using intense phrases like “my beauty”, “my life”, and “my soul” when speaking to a friend, their mother, their wife, or even the falafel guy on the corner. Sure, these words are a little dramatic, but it’s actually endearing. I know I would never say “my eyes”, “my soul”, or “I would sacrifice a chicken for you” (kapara aleich) to someone in English.

A few extras on the side

Aside from the general feeling of accomplishment and mastery of learning a new language, you will also feel competent, independent, and self-sufficient. Who wants to ask someone else to spend their time filling out forms and making calls for you? You can do it yourself!

Not to mention that language learning slows down the onset of dementia and brain decline. So let’s try to stay sharp as long as possible, shall we?

Oh yeah, most ulpans are free for olim. Yay!

Not getting the hang of it? It might be your brain…

Are you trying to learn Hebrew and feel like you’re digging a tunnel with a teaspoon? You’re not alone. Apparently 27% of Israelis struggle with Hebrew. And it isn’t surprising. It’s a tough language. It has a radically different alphabet, complete opposite rules from English, and don’t even get me started on objects and numbers being masculine or feminine.

So why is it that some people are just better than others at picking up languages? It’s all about the brain (again). New research shows that there are innate differences in how parts of the brain “talk” to each other. Different language centers in the brain need to communicate with each other, and the better these centers communicate, the easier it is to learn a new language. Those who have difficulty picking up a new language might just have brains that aren’t wired to their advantage. Those parts of their brains aren’t on good terms, so to speak. And when do those language centers connect? When the brain is resting. So get your sleep!

Look. If everything you read here makes you want to throw in the towel, I’m here to tell you not to give up just yet. It is possible to learn a language as an adult. It’s just a bit harder, that’s all. And in the end, you will reap the benefits. Trust me. So, kids, what’s the moral of the story? Learn Hebrew. Now.

About the Author
Alva Yaffe was born in Israel but raised in Canada. She now lives in Tel Aviv. She made Aliyah in 2013, when she was 27 years old. Since then, she has married an Israeli, lived in over five places across the country, worked, studied, graduated with an MA in Art Therapy, and recently became a mother.
Related Topics
Related Posts
Comments