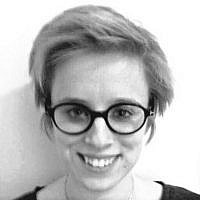 The Blogs
Emily Hilton
Apply for a Blog
Please note that the posts on The Blogs are contributed by third parties. The opinions, facts and any media content in them are presented solely by the authors, and neither The Times of Israel nor its partners assume any responsibility for them. Please contact us in case of abuse. In case of abuse,
Report this post.

International Women’s Day is nearly upon us  (though if you ask me, every day should be international women’s day but I don’t make the rules – yet). And I’m sure that before you have even finished reading this sentence someone has already fired off the inevitable ‘but WHEN is International MEN’S DAY?!?!’ tweet (November 19th, next question).

Two excellent things happened in parliament over the last week. A number of female MPs from all parties lobbied for the health and welfare of women and young people in this country. It highlighted to me why we need a feminist agenda in Westminster. It reminded me that amidst the flaming dumpster of a year that 2017 is turning into, there are those who are still fighting the good fight to help make Britain a fairer and more equal society.

The ratification of the Istanbul Conventions to combat violence against women and the implementation of compulsory sex and relationships education in schools is a welcome step in the right direction. Two weeks ago Jewish Women’s Aid reported that domestic abuse cases were at an ‘epidemic’ level in our community. This, whilst disturbing, is sadly unsurprising.

Some facts: On average two women a week are killed as a result of intimate partner violence in the UK. 1 in 4 women will experience some kind of domestic abuse over their lifetime; in the Jewish community, that statistic is the same.

Across the country, we have seen a growing erosion of services and support available to those fleeing domestic abuse. Austerity polices have eviscerated women’s refuges, as well as many other services that vulnerable women and children in this country depend on. It is further evidence that funding cuts disproportionately affect women, in ways that are more pernicious than we could have anticipated.

Whilst the current Prime Minister has generally had a strong record on fighting for the rights of women fleeing domestic violence, it is hard to marry this with the reality of a country whose social care system is in a state of crisis due to lack of funding. The signing of the Istanbul Conventions must be the beginning of a commitment to prioritise the protection of these intrinsic services by both the government and by those of us who care about ending violence against women and children.

On a more positive note, the decision to make sex and relationships education compulsory in schools is going to make young people safer. To the most obvious point first: teenagers aren’t going to stop having sex even if you don’t teach them about it. In a community that talks about sex a lot (the age old ‘Jewish continuity’ euphemism springs to mind), this is a step we should be celebrating.

We need to educate about consent, respectful relationships, the difference between pornography and reality; the risks that certainly exist when it comes to sex; but also the enjoyment in embarking on safe and respectful sexual experiences. It is not about creating a hyper sexualised army of hormonal ‘youths’ – its about giving young people the ability and confidence to make informed and healthy decisions about their bodies and their relationships.

And whilst a small, (vindictive?) part of us might feel that it is a rite of passage to go through that awkward first sexual encounter where no one has any idea what they are doing but everyone is pretending to enjoy themselves, we can probably spare the next generation such joys of growing up. Or at least, mitigate it somewhat.

Both these initiatives gave me hope this week. They aren’t always easy subjects to talk about. They can make us feel self-conscious, embarrassed, angry, maybe vulnerable. But it’s important that we try.

So this IWD I’m giving a big shakoyach to the women in our community and around the country who continue to dedicate themselves to fighting the good fight.

About the Author
Emily is a Jewish anti-occupation activist living in the UK. She has written for the Independent, +972 Magazine and the Guardian.
Related Topics
Related Posts
Comments