This Sukkot season, Jerusalem is teeming with life. Tourists, Israeli pilgrims and locals together blend into a colorful zodiac. The COVID 19 pandemic and its restrictions are now behind us, Israel has new Arab allies, the War in Ukraine seems like a far off struggle and even Lebanon sealed a pact for its economic waters. 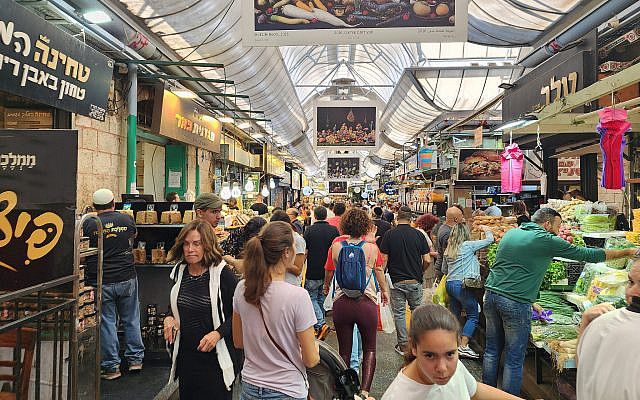 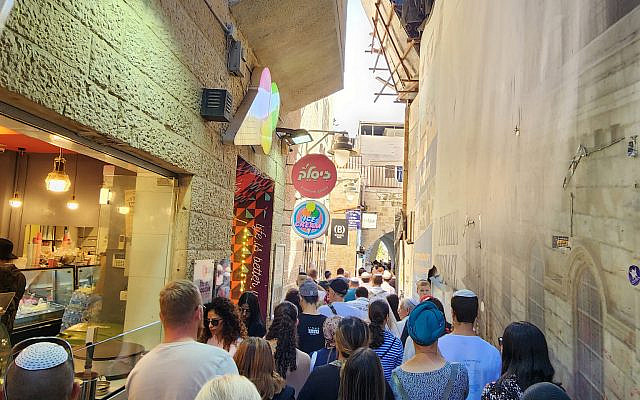 Jewish Quarter of the Old City over Sukkot

However, this year a struggle of a different sort must be waged, for if left unhandled will be as damaging as were Arab Wars, the COVID 19 pandemic and the global supply shocks: Cost of Living.

It did not come as a surprise that last year Tel Aviv was rated by the Economist magazine as the most EXPENSIVE city to live on Earth, pricier than other hot spots such as New York, London, and Tokyo. It is increasingly common gossip here that only the rich or the High Tech endowed can afford living in the White City, where rents can reach even the 5 digits per month for a decent condo. Anyone who has tried to shop in Tel Aviv likewise can confer that buying groceries is overpriced, traffic and parking is congested and a regular Joe’s entire daily salary can go just to eat at a restaurant in Ibn Gvirol or Rothschild Street.

Tel Aviv is but a symptom of a greater malaise and reflects the extreme of an otherwise worrying trend across Israel: while salaries have largely remained dormant, expenses, especially in rent, real estate and food have skyrocketed. Outside of High Tech, which employs 20% of Israelis, the average salary is approximately 6,000 shekels a month, while a decent rental in Greater Tel Aviv averages around 4,000 shekels.

Meet Hadar Muchtar, the 20 year old youth warrior who started the “Fiery Youth” movement, to combat the increasingly unlivable conditions of the country. With echoes of the youth protests the prior decade, she, with the help of new social media including Tic-Toc, is bringing the message home to millions of Israelis that change is needed now. 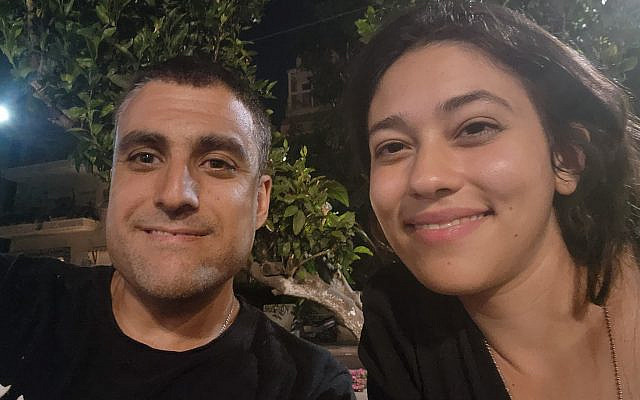 Visiting Hadar Muchtar outside her Sukkah in Tel Aviv

“We need to go to the Knesset with a hammer … and hammer away until they find a solution for the cost of living”, she tells a group of people visiting her Sukkah at Rothschild Street in Central Tel Aviv. “How are you going to combat the problem of supply and demand?”‘ a passerby, Adir Bhastekar, asks her. “We will need to increase the taxes on rich property owners” she replied. “Also, we need to increase the supply of land. The Israel Land Authority must release all the available land of Israel tomorrow”.

Simple answers to a complex problem. However, with prices especially in real estate constantly increasing it is a positive development that there are people such as Hadar Muchtar fighting to prioritize an issue neglected by mainstream politicians. Netanyahu, Lieberman, and Lapid do not feel the urgency of the problem for the younger generation.

Following the coming election, we can only hope Israel’s geopolitical situation stabilizes. Then, a time to look deep into our souls and listen to our youth is upon us. They will need to carry the torch onward. 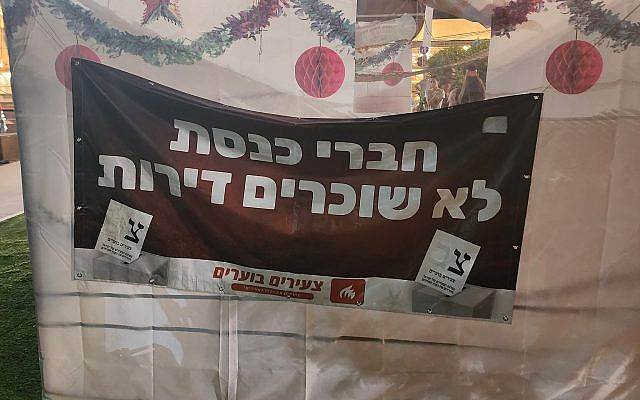 The Sukkah of the “Burning Youth” Movement in Tel Aviv. Reads “Knesset members do not rent apartments”
About the Author
Born in Israel but raised in Canada, Gil Lewinsky worked as a journalist in Jewish newspapers including the Jerusalem Post after completing a Masters degree at the Munk School of Global Affairs from the University of Toronto. He also has a LLM in International Law from Lancaster University in the UK. His past topics include a book written about the Status of Gaza under International Law soon after its conquest by Hamas in 2007. He is perhaps best known as one of two people that brought a flock of Jacob Sheep from Canada to Israel in 2016, making history. He currently works as a teacher and English public relations professional in Israel.