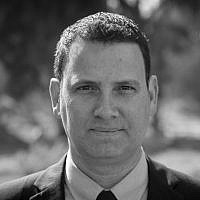 The Blogs
Gabi Danon
Apply for a Blog
Advertisement
Please note that the posts on The Blogs are contributed by third parties. The opinions, facts and any media content in them are presented solely by the authors, and neither The Times of Israel nor its partners assume any responsibility for them. Please contact us in case of abuse. In case of abuse,
Report this post.

In August 2008 I was retained by a group of mid-sized American investment banks to go to the Ukraine and introduce them to prospective asset owners seeking investments in that developing country. The Ukranian market was red-hot, with an annual GDP of about 7% at the time, and these usually-conservative investment banks (no relation to Lehman Brothers) were interested in tapping my experience and connections in that market. They didn’t want to hear about Israel at the time.

Two weeks after I returned from Kiev, the US stock markets crashed and the global economic meltdown began. Their “Ukranian dream” went into a deep freeze. The Ukranian market nose-dived with a consecutive two-year 15% decline in the GDP, which in 2010-2011 returned to growth, but only at a rate of 1.68%. The fate of many other developing countries was similar.

What, by comparison, has happened in the Israeli economy over the past three years?

Israel’s GDP has been near 5% in each of the last seven years, with the exception of 2009. The Tel Aviv Stock Exchange has gone up by 63% in three years. Israel has received international recognition for its successful weathering of global economic storms. It was recently accepted to the prestigious OECD’s group of Developed Nations. S&P upgraded Israel’s credit rating to A+ (compare to the US, France and other European downgrades in 2011). The Swiss based Institute for International Management Development ranked the Israeli economy as the world’s most durable economy in the face of crises, and also as first in research and development center investments.

2012: A brief respite in the real estate run

The prices of real estate in the country have also skyrocketed by an incredible 55% in three years, their highest increase since the establishment of Israel.

After a seven-year run in the Israeli real estate market, the end of 2011 and the beginning of 2012 have already seen a relative cooling down of prices.

The next few months are very well poised to make the beginning of 2012 a time when prices may dip even further, anywhere between 4%- 8% from their previous 2011 highs, according to experts. A tax reform has allowed for those holding two or three apartments (many investors in Israel) to enjoy considerable tax benefits by selling these apartments by the end of 2012, thereby temporarily increasing the current supply and easing further price rises.

Yet the recent slowdown in prices is mostly influenced by current “psychological” factors — not by hard facts. Israel’s summer protests and an ensuing government decision brought about hope that “something must be done” to lower prices, and this has in turn instilled young people with the hope that prices must stop rising and empowered them with a new-found patience and confidence in negotiating. Some have cited the possible looming EU crises and the general wisdom that economies are cyclical as also enforcing buyers’ willingness to “sit on the fence” and wait right now.

Given all of the above, there is now a turn for the good from a buyer’s perspective. Some sellers have decided to capitalize on last decade’s ongoing real estate profits. With our own clients we see that purchase offers at 10% and even less off previously-reasonable asking prices are ultimately being accepted by some sellers. In recent years, similar apartments in Tel Aviv or Jerusalem would have received their full asking price within days, if not even higher prices after bidding between buyers. We have also seen a return of US clients now purchasing real estate in Jerusalem for tax reasons.

Off and running soon

But the temporary chill will most likely not continue for very long. The pattern has been consistent throughout Israel’s history: the unusual years which see a drop in real estate prices, of no more than 0.7% to 5.7%, are followed by a double digit rise the following year or even years. The window of opportunity for buyers and investors in Israel may last until the latter half of 2012, when economic factors will send the prices up again, especially in locations always in high demand.

Several factors support this. Unlike the US and Europe, Israel is a small and densely-populated country with very limited land reserves. Demand greatly outweighs supply, especially in population hubs like Tel Aviv and Jerusalem. This trend is only intensifying. There is simply very little new construction going on in these cities. In all of Israel there is a shortage of 100,000 apartments. Israel’s summer protests for a reduction in housing prices brought the government to pass decisions to allow for government-regulated cheaper housing, but even if implemented some day, in the long term this will only affect the far-out peripheral areas where this regulated building will actually take place. Eventually, even there contractors will limit the amount of new construction in order to keep prices high. Banks have also encouraged responsible investing, and this, in large part, is what spared Israel from the sub-prime crises.

Most of Israel’s younger 20- to 45-year-old population will simply not consider living anywhere outside of Tel Aviv and its environs for a variety of cultural, occupational and social reasons. Others, mostly religious, see Jerusalem and its close vicinity as their sole option of residence. This is not something that will change in the near future. In the US or Europe, by contrast, supply abounds as a vibrant urban life is available for young singles or families in dozens of cities in diverse areas of the country, not to mention suburbia.

When dealing with investors, it seems that an average of three to six months is needed for an investor to develop his taste and make a decision. Now may very well be the right time for those investors interested in getting in on Israel’s next real estate run to pick up a phone or send an e-mail to an Israeli friend, real estate agent or lawyer who can help them start the process. Or, wait another seven years.

The contents of this article are designed to provide the reader with general information or present the writer’s personal opinion and not to serve as legal or other professional advice for a particular transaction. Readers are advised to obtain advice from qualified professionals prior to entering into any transaction

About the Author
Gabi Danon is an Israeli lawyer who heads the law firm of Gabriel Danon & Co., representing Israeli and foreign individuals and corporations on a variety of real estate, corporate, civil, estate and high-tech issues and transactions. He studied law in both Israel and the U.S.
Comments 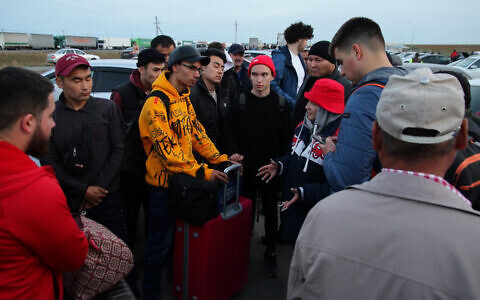 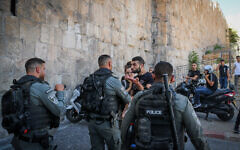 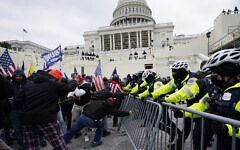 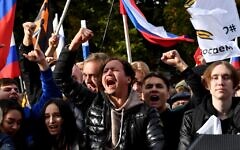 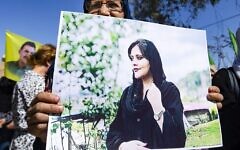