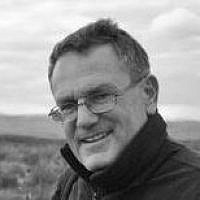 The Blogs
Jay Shofet
Apply for a Blog
Please note that the posts on The Blogs are contributed by third parties. The opinions, facts and any media content in them are presented solely by the authors, and neither The Times of Israel nor its partners assume any responsibility for them. Please contact us in case of abuse. In case of abuse,
Report this post.

It’s the Jewish New Year for Trees, Tu BiShvat, a holiday celebrated by many Israelis and throughout the Jewish world and a reminder of spring’s renewal in the middle of winter. Lately, it also reminds us, if we are paying attention, of the need to live in harmony with nature.

One of the four “new years” mentioned in the Mishna, Tu BiShvat was first celebrated by medieval Kabbalists with mystical seders of fruits and nuts, and today has been adopted by Jewish environmentalists as a day of general ecological awareness. The ritual most associated with the holiday these days is tree-planting in Israel, which, alas, is actually harming Israel’s environment and biodiversity.

Is Planting Trees Really Good for the Environment?

As Israeli environmentalists have been warning for decades, we’ve been planting the wrong trees, the wrong way, in the wrong places for a long time. Twice in recent years, my organization, the Society for the Protection of Nature in Israel, has succeeded in court to stop such ecologically harmful practices.

Now, SPNI’s new study concludes unequivocally that, from an ecological perspective, the KKL-JNF’s traditional pine forests have done more harm than good. It’s not that Israel doesn’t need trees. We do, the planet does; they store carbon dioxide and provide shade to lower temperatures in a warming world. But we don’t need trees in naturally unforested open spaces, we need them in Israel’s urban heat islands.

The issue is complex, but briefly, ecosystems with sparse tree cover – scrubland, loess, grasslands and calcareous sandstone areas – are among the most threatened ecosystems in the country. Planting trees in these sensitive ecosystems alters nature’s balance, having a negative effect on Israel’s unique biodiversity and on the ecological function of the region. By actively continuing this activity, the KKL-JNF is contravening Israel’s international commitments to protect biodiversity.

Worse, planted forests in these open areas do not contribute to the positive balance of climate change mitigation because of the heat absorbed by the dark patches of the forest compared to the previous light-hued environment (known as the Albedo effect). 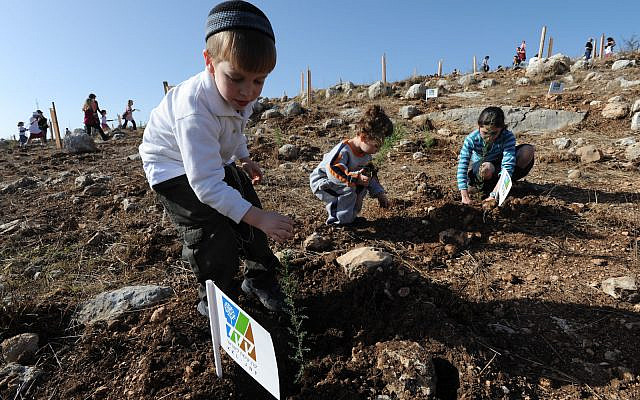 Children plant trees for the holiday of Tu BiShvat near Modiin in one of many events run by Keren Kayemet LeIsrael (Jewish National Fund).(Gili Yaari / Flash 90)

The negative ecological impacts of planted forests are not restricted to the planted area; the forest has harmful effects on nearby natural areas, including spread of toxic pine needles, invasive plants, and species into areas where they don’t belong.

In Israel over the last week, the KKL-JNF has been running a well-funded Tu BiShvat advertising campaign to get Israelis to plant 100,000 trees to replace those burned by terror attacks in the Gaza border area in the northern Negev. This is plain wrong on several levels: we don’t need trees in this ecosystem; even if we did, we don’t need re-afforestation right away; and even if we did, KKL-JNF is wealthy enough that it doesn’t need donations from private individuals to implement its misguided afforestation projects.

So this Tu BiShvat, please consider the science before you celebrate by planting (or sponsoring) a new tree in Israel.

Think of the Animals

In fact, this Tu BiShvat, I’m already thinking about the next “new year” on the Jewish calendar, one I just heard about from the esteemed London environmentalist Rabbi Jonathan Wittenberg. The first day of the month of Elul on the Hebrew calendar, it turns out, is referred to by the same Mishnah tractate as the “new year for the tithing of domesticated animals.” In light of our new understandings about the effects and horrific conditions of industrialized meat production, and in the dark shadow of the unfolding of the Sixth Mass Extinction event, by our hands, this is a re-branding just aching to happen: the New Year for Animals. 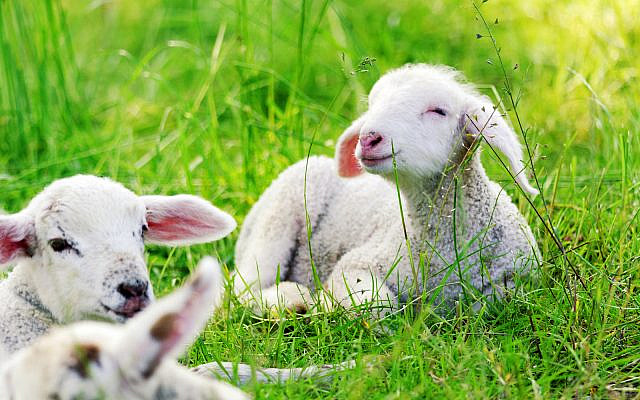 During the time of the Second Temple, this was a day on which shepherds determined which of their mature animals were to be tithed. The day is exactly one month before Rosh Hashanah, when a shofar made of a ram’s horn – hmm – is blown to herald the traditional time of heshbon nefesh, a personal accounting.

In 2009, at the goat barn of the campus of a Jewish retreat center in Connecticut just minutes from my hometown, the festival began to be revived and repurposed, initially by Jewish animal protection advocates and environmental educators to raise awareness of the mitzvah of tza’ar ba’alei chayim (banning cruelty to live animals). The source texts inform Jewish ethical relationships with domesticated animals and, today, the lived experience of animals impacted by human needs, especially in the industrial meat industry.

Since then, the rebranding of the New Year for Animals has, apparently, been rolling out very slowly, since no one I’ve spoken to has ever heard about it. Maybe Tu BiShvat seders and tree-planting had a slow go in the early years too?

A Message for the Climate Change Era

But this is a rebranding worth happening, a dusting off of an arcane tradition and its updating with an important Jewish message to ourselves and to the world for the next millennium: we share this planet with other living creatures – animals wild and domesticated – and we must, for heaven’s sake, and ours and theirs – do a much better job of looking out for them and their well-being.

Tu BiShvat is a great, ancient idea with potential today to bring much-needed awareness and action to crucial issues of ecology and sustainability. But we can’t celebrate the ecological message of this day meaningfully while the science clearly shows that planting trees the way we do in Israel is harmful to the planet, our nature and our native animals.

About the Author
Jay Shofet is the director of partnerships and development at the Society for the Protection of Nature in Israel, the oldest and largest environmental nonprofit organization in Israel. He previously served as the executive director of the Jerusalem-based Green Environment Fund.
Related Topics
Related Posts
Comments