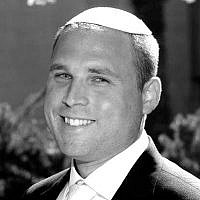 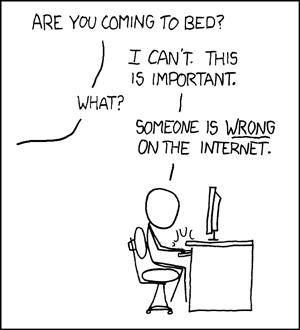 Ed note: This is a blog, not a pulpit; I cite the Torah Portion as a culturally-relevant current event alone.

This week’s Torah Portion deals with the curious episode of Bilaam, a wizard-for-hire commissioned by King Balak to curse an unassuming Israelite nation. Straight out of the pages of Wile E. Coyote, Bilaam’s repeated attempts come up short.

The question remains: how did the Jews ever find out?

The Sages (Bavli Baba Batra 14b) address this question in specifically asserting Moses’ authorship of “Parshat Bilaam” within the Five Books. Indeed, the sentence structure and construct of this episode differ from that of its neighboring paragraphs, motivating the Sages to address the anomaly by reporting on a Divine debriefing.

And yet, removed from its Ancient Near Eastern origins, the notion of character assassination under the veils of anonymity and distance is all too relevant in our current lives. Never did this notion hold more true than This Week on the Internet, as our National Unity splintered off into the blogosphere, poisoned post after poisoned post

And now, without further ado, I present you with This Week in Who Lost the Internet.

Sure, his opportunistic anti-Israel venom in which he blamed the deaths of Eyal, Gilad, and Naftali Z”L on the PARENTS was despicable, but technically it wasn’t online. That said, even the leader of the Satmar, that most insular group, should possess a modicum of social-media awareness in 2014.

Those of you who know me may know that I have spent a good part of my week dealing with this young man’s post, in which the 3rd year Technion medical student celebrated the kidnapping of the 3 boys as 3 Goals for Team Palestine. I informed the Technion administration of the post early Tuesday, before the story hit a fever pitch that afternoon. I signed and shared a petition calling for Elheja’s immediate removal from my Alma mater. I even published a letter originally intended for my classmates on these walls, hoping that something other than hate would turn up if one Googled “Technion Eyal Gilad Naftali.”

And yet, it has recently come to light that these despicable words were not as they initially seemed. Despicable still, but context does matter. The post was written after the kidnapping, not after the discovery of the bodies as many – present company included – initially thought. Elheja later removed the offensive status, and even posted a follow up message condemning the murders.

At present, a disciplinary committee comprised of one Technion student and two faculty members are scheduled to render a verdict after reviewing all of the facts surrounding the case, and how they resonate with transgression of school policy. If I were on the committee, I would vote for his dismissal, as the recklessness and insensitivity that it takes to publicize this schadenfreude-laden message unearths a failing to achieve the high moral standard demanded upon Technion students and medical doctors alike. Still, I defer my judgement to the committee, and trust that they will rule based on careful review of the entire situation, and not out of fear of student-body retaliation in any direction.

When I initially reported the Elheja incident to the Technion administration, I qualified that my outrage stemmed from being a doctor and a graduate of the school, not from my religious and political leanings. I noted that if someone from “my” camp posted something equally offensive, that I would respond with equal outrage and resolve.

And that’s exactly what I must do.

Noam Perel’s call for Israel’s military to take 300 Philistine foreskins extended beyond offensive and into the realm of incitement. What’s more, he should have known better. This was no 23-year old kid; this was the Secretary General of Bnei Akiva, an organization that preaches social-media responsibility among its staff from the highest ranking officials through the entry-level camp counselors. An individual with this kind of seniority in an organization that places such an emphasis on behavior modelling (colloquially Dugma Ishit) must follow through with his example and step down.

I am most upset in myself. Why? Because that is who I can control. In the past few days, I allowed the excitement of online debate unfolding in front of my eyes to take control of my life, my goals, and my priorities. What’s worse, I allowed the digital debate to spill over into reality, turning ideological disagreements into personal jabs at friends, even engaging one such conversation in person in front of unwitting bystanders at an inopportune moment. In doing so, I played a role in perpetuating the cowardice and vitriol of social media politics. Therefore, I Lost the Internet.

About the Author
Dov Goldstein arrived in 2009 to study medicine at Technion with the intention of returning to North America after med school. He fell in love with the country and its people (especially the one he married), and decided to stay here for good.
Related Topics
Related Posts
Comments