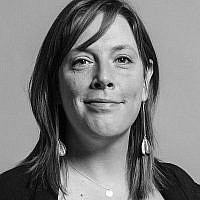 The Blogs
Jess Phillips
Apply for a Blog
Please note that the posts on The Blogs are contributed by third parties. The opinions, facts and any media content in them are presented solely by the authors, and neither The Times of Israel nor its partners assume any responsibility for them. Please contact us in case of abuse. In case of abuse,
Report this post. 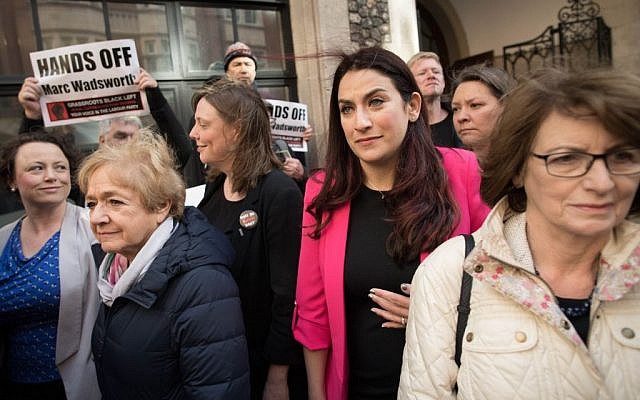 My inbox is usually the home of emails from constituents seeking help, invites to endless meetings and events and — frankly — no less marketing emails than before all that GDPR malarkey. I get the occasional crank, sending abusive stuff, but supportive emails far outstrip the hatred.

This week, the tone has changed somewhat. This week, I have publicly spoken out about anti-Semitism in the Labour Party and Islamaphobia in the Conservative Party, mainly from the neither right or honourable Boris Johnson. My inbox is now full of people telling me, with all the flair of a drink in the pub, that I should shut my mouth and stop standing up to racial and religious prejudice.

Those who think they are defending the Labour Party and Jeremy Corbyn at the polite end of the spectrum lecture me on the actions of Israel, as if I am not a vocal critic of the actions of the Israeli government.

Others miss out this justification and go straight for accusing me of being paid by Israel, being beholden to some imagined Jewish master. Most commonly, they accuse me of caring about this hatred only as a smear or a political tool.

Some of these anti-Semitic emails don’t mince their words and have “Nuke Israel” or some variation on that as their actual email addresses. I’ve been likened to Joseph Goebbels this week for defending the Jewish community, which is quite the mental gymnastics.

Then, as quickly as the anti-Semitism flooded my emails, the tone moved on to those who were newly offended by my criticism of Boris Johnson’s dog whistle anti-Muslim nonsense. These emails again ranged with what their authors felt was reasoned concerns for Muslim women, as if they are all exactly the same and Boris genuinely had their best interest at heart. Ha! Others went straight to shrieking about “Muslim scum” and accusing me of defending terrorists.

The truth is those who sent out these dog whistles against Jews and Muslims want to rally people to their banners. They want to create a force of hatred. They want people like me to feel berated in to silence in the name of free speech. Division bolsters power in the world of personality politics. If you can’t win an argument on its merits, the quickest way to win is to create a hated other to rally against.