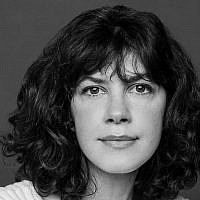 The Blogs
Sheila Nesis
Apply for a Blog
Advertisement
Please note that the posts on The Blogs are contributed by third parties. The opinions, facts and any media content in them are presented solely by the authors, and neither The Times of Israel nor its partners assume any responsibility for them. Please contact us in case of abuse. In case of abuse,
Report this post. 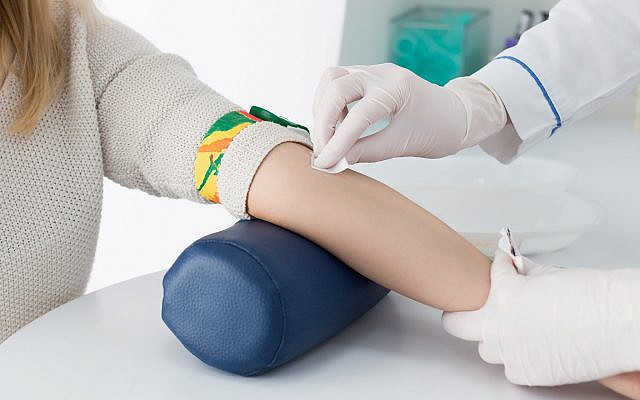 It’s just past 5:30 a.m. on October 17th, as I walk through the door of Maine Medical Center in Portland, Maine. It’s dark outside, and the lights inside the hospital are not too bright. It feels rather cozy. I’m wearing comfortable clothes, and a backpack lightly packed. I won’t be staying for long.

Once I make it to the desk for surgery admissions, I’m asked my name. “Nesis, Sheila.” I reply. The lady struggles to find my folder. “Is it Nancy?”, she asks. My husband quickly intervenes. “Sheila Nesis. She said her last name first.” He then turns back to me and suggests “this might be a good time to be Sheila”, as opposed to “Shay-la”, which is how my name is pronounced. I go with the flow.

We sit and wait for a nurse to take me in for pre-surgery. A family of three with their young son is waiting to be called as well. A kind, soft-spoken lady nurse comes to greet them, and it’s clear that the boy will be having a procedure. You can tell by the way he’s holding tight to his stuffed bunny. Then my nurse comes to get me. He’s wearing a Star Trek outfit. He’s young and friendly. I tell him about the boy that was just called in a few minutes ago. “You would have been a big hit with that boy” I say to him. “I never know who I will be seeing each day”, he replies.

Star Trek Nurse is friendly and tries to break a joke here and there as he asks what seems like a never-ending screening questionnaire. I’m not particularly up for jokes, but I appreciate his effort. But then, he pulls out a tiny bottle with a cute little polar bear label whose arms seem to be reaching out for an embrace. “This is a spray to numb the area where I will place the IV.” It’s too cute and too funny, so I laugh for real, and it works decently.

Last summer I was ready to postpone my prophylactic hysterectomy. There are too many good reasons why this is not the right time, especially when you are a mom to 3- and 6-year-old children. But Dr. Bradford, my oncologist and surgeon, promised that I could walk the neighborhood with my kids for Halloween. She had also suggested many times that it was best to do the surgery by age 40, while at the same time discouraging me from doing it as a 40th birthday present.

She sold me on it, and so here I am, waiting to see her before the procedure begins. But first, her team comes in to introduce themselves. It’s another female doctor and a female medical student. Now we are waiting for someone from anesthesia to come and talk to me. She enters the booth. She is not overly friendly but respectfully asks the questions she needs to ask. I prefer her over the male anesthesiologist that I can hear down the hall, speaking with another female patient. He sounds paternalistic. For a moment I’m able to turn my attention to the fact that my surgery team is all female, and my caregiving team, my Star Trek nurse and my husband, is entirely male. Am I witnessing what advancing humanity really looks like?

In 2014 I found out that I was BRCA1 positive. I was tested two years after my mother was diagnosed with ovarian cancer. According to the National Cancer Institute at the National Institutes of Health, each child of a parent who carries a mutation in one of these genes has a 50 percent chance of inheriting the mutation.

These days, given the scientific investigation, the expansion of cancer-related communications, and the ever-faster circulation of information, women in their 20s, 30s and 40s have the option to be tested and to know whether or not they carry a harmful BRCA1 or BRCA2 mutation. Between 2014 and now, my mother died, I gave birth to my two children and educated myself about my options for prophylactic care.

Ultimately, I decided that because we currently have the tools for early detection of breast cancer, and because I’m committed to staying on top of my healthcare with yearly mammograms and breast MRIs, double mastectomy wasn’t something that I wanted to approach at this time. However, because my mother had ovarian cancer, and because we currently lack the tools for early detection of ovarian cancer, and because the removal of ovaries (and uterus and fallopian tubes) also result in decreasing the risk for breast cancer, this was the prophylactic surgery that I needed to pursue with urgency.

It is often said it’s better to write from scars than from wounds. Those words just might hold true as I wonder what else will transpire for me that I will want to share with more time and greater perspective. But as I approach 7 days from the time of my surgery, and in this moment of mild pain and abdominal spasms, I want to write these words now to my sisters out there to say: you, who are not sure about your family’s genetic history; you, who have some information but haven’t been tested yet; you, who have tested positive and are sitting on those results telling yourself that it was better when you didn’t know… it isn’t.

In an era of endless talk about self-care and media that pushes products and experiences on us, sometimes self-love looks a lot more like going under the knife than getting a massage. Educate yourself, invest the time to meet the specialist and doctors that can answer your questions, and involve your support system because prophylactic care is not something you do just for you, but rather something you do for them as well.

In Jewish tradition, it’s said that the Gates of Heaven open on Rosh Hashanah and close on Yom Kippur. During that time, we ask God to remember us and inscribe in the Book of Life. This year, I took it upon myself to do everything I can to be sealed for another year.

About the Author
Cantor Sheila Nesis isthe Cantor in Residence at Etz Chaim Synagogue in Portland, Maine and the creator and educator of the Prayer Leadership Training program at the Center for Small Town Jewish Life in midcoast, Maine. She has been selected to be part of the Institute for Jewish Spirituality’s Clergy Leadership Program beginning in January 2023. Her writings appear in various Jewish publications, including The Times of Israel, Kveller, The Forward, and Ritualwell. Originally from Argentina, she lives in Cumberland Foreside, Maine, with her husband and two children.
Related Topics
Related Posts