The Blogs
Ran Bar Yoshafat
Apply for a Blog
Advertisement
Please note that the posts on The Blogs are contributed by third parties. The opinions, facts and any media content in them are presented solely by the authors, and neither The Times of Israel nor its partners assume any responsibility for them. Please contact us in case of abuse. In case of abuse,
Report this post.

Felipe Bris Abejon, a student at UCLA University in Los Angeles, drew a cartoon with the text: “Israel passes law legalizing seizing any Palestinian land.” Beneath it, he sketched “The Sixth Commandment – Do not steal” with the word “not” crossed through. Beneath that we see the seventh commandment: “Do not murder” and alongside it, Benjamin Netanyahu, with a text balloon saying “#7 is next.”

Caricatures and cartoons against Israel aren’t new. Accusations claim land theft, poisoning of wells, or murder under various guises, all frequently voiced against Israel. But it’s impossible to ignore cases where the claims contradict themselves so ridiculously as this one. And that’s true of Felipe who obviously wasn’t listening too closely in Bible lessons at school. 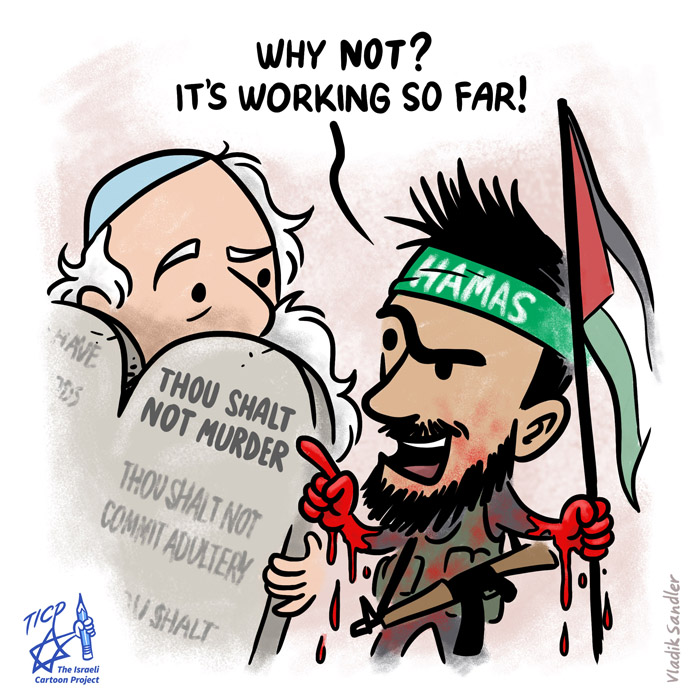 By: Vladik Sandler via TICP

Felipe, you just haven’t understood that before it’s possible to talk about peace, and division of land, and who owns which region, one basic action needs to be avoided: “You shall not murder.” The Palestinian Authority glorifies terrorists, names public places after terrorists who have murdered thousands of innocent people, and pays murderers-terrorists in Israeli prisons for their crimes more than what a Palestinian Authority teacher earns. What does the PA motivate? Murder. A long time ago, they erased “not” from the 7th commandment [which is actually the 6th] and legitimized “You shall murder” into a tool for solving dispute.

Hamas, which openly calls in its Charter for the murder of Jews wherever they can be found, is also not concerned about “You shall not murder”.  For them, it’s an extraneous decree.  In January 2017 alone, more than 100 cases exist of terrorists trying to murder children, women and men only because they’re Israeli.  Five Israelis were murdered this January. How many is enough? The Ten Commandments never imagined any part of it would be so easily erased.

Felipe, did you accidentally swap them, or does this indicate inverted morals? Why did you not attack those who add fire [and oil] to the Middle East’s issues, those who call for the murder of Christians and Jews simply because of their religion, those who incite violence and hate on social networks, those who teach little kids how to stab, how to kill, how to twist the knife, and which poison to use on the knife tip? 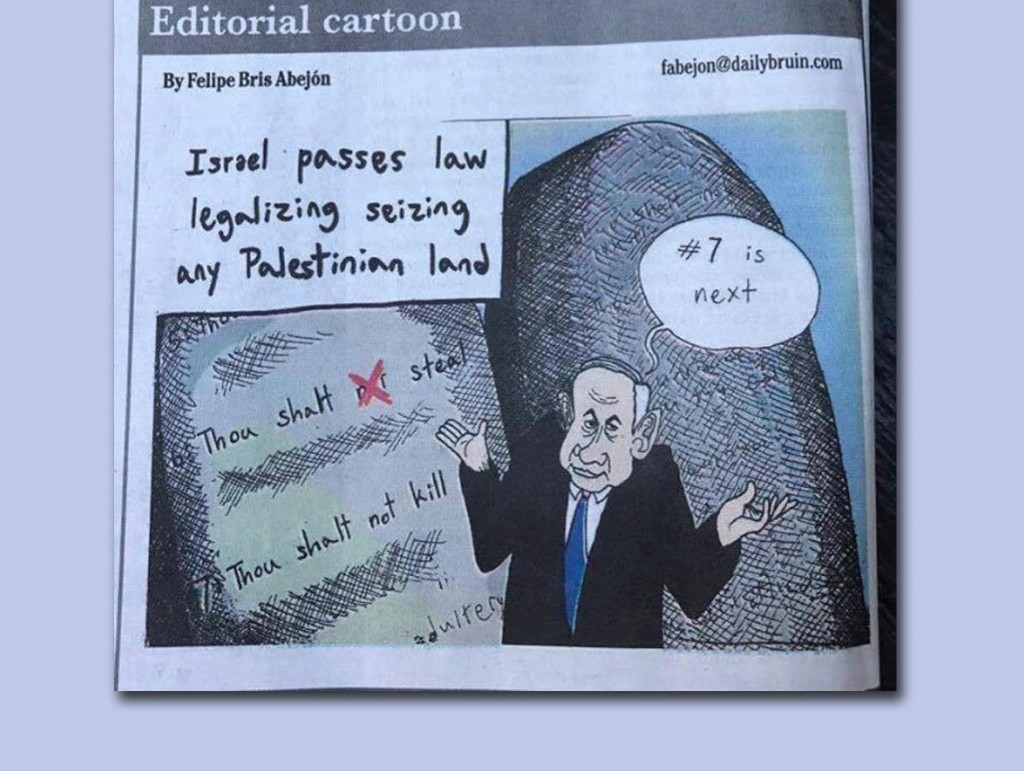 Understand, Felipe, that beyond the ethics and morals we received with the Ten Commandments, they also contain the most fundament logic: it’s really uncomfortable speaking with a second party and trying to resolve a dispute while that second party is trying to kill you!

In the meantime, it might be better to go to our Facebook page, share the cartoons there, drawn by top pro-Israel artists, and help bring truth to the forefront with their humorous but direct messages. LIKE them, SHARE them, and be involved!

The author is an attorney, a specialist in international pro-Israel Public Relations, author of “I flew to talk about Israel,” and a partner in TICP – The Israel Cartoon Project.