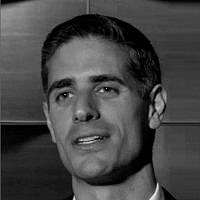 The Blogs
Avi Mayer
Assistant Executive Director, American Jewish Committee (AJC)
Apply for a Blog
Please note that the posts on The Blogs are contributed by third parties. The opinions, facts and any media content in them are presented solely by the authors, and neither The Times of Israel nor its partners assume any responsibility for them. Please contact us in case of abuse. In case of abuse,
Report this post. 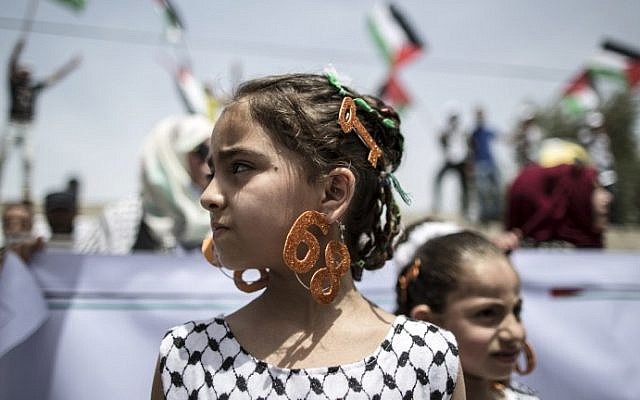 A Palestinian girl wears earrings bearing the number "68" and a hair slide in the shape of a key on May 15, 2016 in Gaza city during a rally to commemorate the "Nakba." (AFP PHOTO / MAHMUD HAMS)

It is noteworthy that Nakba Day is marked on May 15, rather than a day earlier, on May 14, the day of Israel’s establishment.

May 15, 1948, was the day Egypt, Syria, Transjordan, and Iraq invaded the fledgling Jewish state, determined to carry out the “war of extermination” and “momentous massacre” declared by Arab League Secretary General Azzam Pasha. Ultimately, the vastly outnumbered and outgunned Jewish state managed to push back the Arab invaders and establish the country’s provisional boundaries at tremendous cost (6,373 Israelis were killed, just under one percent of the country’s total population – roughly the equivalent of three million Americans today). During the course of the war, hundreds of thousands of Palestinians lost their homes and became refugees, some mere miles over the border. Those who remained became citizens of Israel, and they and their descendants now number 1.77 million people and represent 20.8% of Israel’s population.

The first Nakba Day commemorations took place in several towns in the Jordanian-occupied West Bank on May 15, 1949, and the primary target of their anger was not Israel. “The speakers in these gatherings blamed the Arab regimes and the Arab League for failing to save Palestine,” writes scholar Tamir Sorek.

I do not deny Palestinian pain, nor do I seek to minimize it. Palestinians have suffered, at times terribly, for decades, and I have no doubt that the longing of elderly Palestinians to return to the places they once lived is real. I also do not intend to shirk Israeli responsibility to engage in a deep conversation about the circumstances surrounding Israel’s birth, both for the health of our national conscience and as part of our efforts to build a peaceful future with the Palestinians.

But if Abba Eban once said that the Arabs “never miss an opportunity to miss an opportunity,” their leaders and supposed advocates have also never missed an opportunity to deepen Palestinian suffering. The long history of Arab rejectionism and the consistent refusal to countenance the mere notion that Jews might have national rights in their homeland have served only to perpetuate a conflict that should have ended eighty years ago. Likewise, the cultivation of a fantasy of “return” to homes that no longer exist is an act of cruelty visited upon elderly men and women who have suffered far too much already.

That a unique definition of refugeedom is applied to Palestinians, enabling refugee status to pass from one generation to the next in perpetuity, is scandalous. That the great grandchildren of Palestinian refugees remain trapped in refugee camps in Lebanon, denied citizenship and barred from seeking employment in a vast range of fields, is outrageous. These and so many acts of callous indifference are all part of what one UN official called an Arab desire to “keep [the Palestinian refugee] as an open sore [and] as a weapon against Israel.”

The Nakba was not Israel’s creation. It was the Arab response thereto, and in many ways it lives on to this day. The eminently just and long-overdue restoration of Jewish sovereignty in the Land of Israel need not have been accompanied by violence or displacement. Both are consequences of Arab actions.

The question now is how we right these wrongs. The answer lies in a mutually painful process of compromise and reconciliation, not in the perpetuation of hateful rejectionism and destructive fantasies.

About the Author
Avi Mayer is the Assistant Executive Director and Managing Director of Global Communications at the American Jewish Committee (AJC). He lives in Jerusalem.
Comments