First, some Yiddish: It could happen at Kiddush or in Starbucks or Costco. Someone approaches another person and says, “zog mir a shtikel Torah” – “say a piece of Torah for me.”

He or she isn’t asking for a well-developed Halachic argument, a full-blown sermon, or an intricate comparison of two Talmudic or Biblical texts in order to derive something earth-shaking, universal or cosmic, like the Olam Haba – The Next World, with it’s related topics of immortality and the Time of the Coming of the Messiah.

The person wants only something nice, plain and simple. Some mildly interesting insight, down-to-earth, and to the point will do just fine. It doesn’t have to be particularly clever, demonstrating the other’s vast knowledge of Jewish texts. Sometimes this request is referred to as a “vort” – a word (of Torah)”. It might even be “vertelach“, little words (of Torah).” 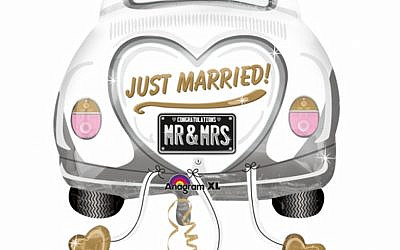 We would be hard pressed to find a more graphic depiction of the well-known phrase from Deuteronomy (30:19) Choose Life!

Assuredly, thus says God… If you produce what is noble out of what is worthless, You shall be My spokesperson.

I would translate it as “ostensibly worthless”. Now, the three-letter root of z-l-l is the  same root as the modern Hebrew word for “cheap”. But for this vort, I believe the word is referring  to the Big World Out There where the abandoned and forgotten people are, the people on the fringe, street people whether they have mental illness or not, veterans with what appears to be severe PTSD and therefore little can be done for them, the people who have become dysfunctional because they are dying of loneliness, the lost people, and the other throwaways of society. It is the purpose of the Mitzvahs of Tzedakah and Gemillut Chassadim to reach the yakar – the priceless preciousness that is within each of them and to
restore them to their true selves.

C. The Three Levels of Awareness and Gratitude:
Level #1 — When you ask someone how he is she is doing, you may get the answer, Baruch HaShem – Blessed be HaShem” (using the euphemism HaShem – The Name, as a substitute for God’s Biblical name to prevent possible secular overuse or abuse. This is the most common practice of those who use the phrase.
Level #2 — The person responds Baruch HaShem Yom Yom – Blessed be HaShem every day” (again, using the euphemism HaShem – The Name as in the first instance above.
Level #3 — Rabbi Elazar, quoting his teacher Rabbi Chanina, taught that a person should always state the source of what he is teaching (Megillah 15a):  Whoever says something in the name of the original person who said it brings salvation to the world. This is what was taught to me by my Cantor, Josh Perlman: The person responds Baruch Ado-nai Yom Yom – Blessed be Ado-nai every day (using the Bible’s word for God’s name, with no substitute term.

I happen to agree with Cantor Perlman. If we feel the fullness of our life as a gift from God, what more appropriate time is there than to give that response?