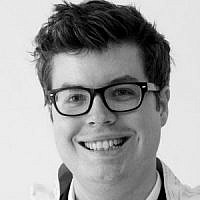 The Blogs
Patrick Beaulier
Apply for a Blog
Advertisement
Please note that the posts on The Blogs are contributed by third parties. The opinions, facts and any media content in them are presented solely by the authors, and neither The Times of Israel nor its partners assume any responsibility for them. Please contact us in case of abuse. In case of abuse,
Report this post.

I just read Shmuly Yanklowitz’s article in the New York Times about converts to Judaism deserving better treatment. I’ve also read Bethany Mandel’s bill of rights for Jewish converts, and countless Facebook posts about how Jews by choice are often treated poorly by the Jewish community.

There is a lot of talk about the cultural bias against converts to Judaism within the Jewish world. Bloggers everywhere have their thoughts on what the ideal Jewish world would look like, and ways to go about it.

In spite of all this, what I am not seeing from the Jewish blogosphere is an attempt to figure out the reason for this bias in the first place! That’s question is what I’m hoping to figure out in this post. I do this as a Jew by choice, and as someone who has had the pleasure of being part of many converts’ Jewish journeys.

First, Let’s Talk About What It’s Not
Any indifference (or worse, cruelty) to converts has nothing to do with Roman spies, or a general Jewish taboo against conversion, or anything in Jewish history. Save for a small minority of rabbis, the lack of interest in Jews by choice has nothing to do with halacha. This is a cultural issue, not a religious one.

The Rabbi Is Too Busy
You would have to be slightly insane to want to be a congregational rabbi. Long hours, constant change, never ending uncertainty about your future, or the future of your profession — these are the issues rabbis deal with on a day to day basis. One moment, you are burying the dead, and an hour later, you are trying to get the leak in the shul’s roof fixed. Sadly, this leaves little or no time to meet with potential converts.

Additionally, rabbis are often held to the whim of their boards. Most synagogues look at metrics as a way to determine success, such as growth in memberships, lifecycle, education tuition, volume of attendees to events, etc. Churches and mosques do the same, however, they also count conversions. One pastor of a multicampus mega-church here in Atlanta told me that they measure this against everything else. As fitness experts say, anything you can measure can be improved on. If conversions are not measured, then they are clearly not a priority, and perhaps, not even on anyone’s radar.

Wait, Jewish Is A Religion?
For many (possibly most) Jews, Jewish identity has nothing to do with religion at all. As Humanistic rabbi Sherwin Wine once said of his childhood, “God wasn’t relevant. Hitler was relevant.” Lighting a hanukiah on Hanukkah or eating matzah on Passover are not mitzvot, they are things your grandmother taught you, actions that remind you of the fun times you had together. There’s certainly nothing wrong with that (it’s beautiful, in fact), but for converts, the story is different.

For most converts, coming home to Judaism is about coming home to God. It’s about the uplifting spiritual moments that come with Jewish celebration, with prayer and reflection. But your average American Jewish communal event is unlikely to have spirituality as a component. As one Facebook friend of mine said, “my synagogue feels more like Congregation Bnai Bagels and Lox than anything else”.

Converts will never be “culturally Jewish”, and if that’s the Jewish world one lives in, these converts will always appear like interlopers. In some, very rare cases, Jews by birth have a sense that Jews by choice can never fully be Jewish because they don’t have a historic tie to the suffering of the Jewish people. In their (rather disturbed) minds, you can’t convert Jew, anymore than you can convert Hispanic or Asian.

The Jewish Continuity Industrial Complex
There is a lot of money, and a lot of brain power, spent on keeping Jews Jewish. The Jewish community will spend millions of dollars on the gamble that they can convince young Jews to marry Jewish. However, there is at best minimal interest from the Jewish community in spending a fraction of Jewish continuity funds on conversion (with the exception of converting a non-Jewish spouse for the sake of future children). I’m not suggesting that Jewish continuity isn’t important, but it’s ironic how hard the Jewish community will work to move people from apathy to nominal Jewish identity, while at the same time having little to no interest in bringing in converts who will join synagogues, Jewish organizations, and raise Jewish children — what appears to be the ultimate goal in the first place!

This is a problem of inertia: the Jewish world has been so focused on survival for so long that it cannot refocus on something else. When you spend your time worrying about just getting by, it’s hard to make good, long term decisions (the pop-culture science term for this is “poverty brain”). A pro-active approach to conversion is too long term for a community that, at every turn, sees a reason to retreat into survival mode. As one Jewish professional said to me, “we need to focus on other, more important, more urgent things.”

Sometimes, Converts Are the Problem
I promise this is not victim blaming. OK, maybe it is. You decide.

Sometimes, we converts are a pain. We want to join a community that, at first glance, doesn’t want us, and it gives us a self-esteem problem that we project back onto the community.

Moreover, with so much confusion, miscommunication and controversy about what it takes to be recognized as a Jewish citizen of the State of Israel, converts have a kind of aching sense that even if they convert, it will never be good enough. This adds an incredible fuel to the fire.

We also see a Jewish community that struggles to keep its people committed to at least some semblance of Jewish life, while we are ready to become rabbis right out of the mikvah. It’s demoralizing, and because we feel like the we are second class citizens.

This sense of not belonging, justified or otherwise, can lead to resentment that spills over into negative relationships, unjust criticism, and an overall inability to assimilate into normative Jewish life. It’s rare, but it does happen: and one loud voice of a dissenter can overpower a million happy souls.

Final Analysis: It’s Really Not That Bad
Having said all of this, the reality is that the overt mistreatment of Jews by choice is rare. More common than open hostility is a general culture of apathy. Join us, don’t join us, who cares?

What amplifies this lack of interest is our free market of religious and cultural identity. In a world of sell-sell-sell, a religious community that has no motivation to convert appears to be dodgy, secretive, and hostile. In an era of consumer spirituality, if we’re not desperately trying to get new people to be Jewish, then it stands to reason that we are completely lacking in reason.

Ironically, this superficial view of the Jewish community is incredibly false. While there are Jewish communities that view potential converts as outsiders, deserving of no time or interest, there are plenty of healthy, warm, open communities that want new Jews to enter kehillah kedoshah. There are lots of terrific rabbis who want to be conversion mentors. The problem is connecting those potential converts with those caring communities, especially when they are not always in the same geographic area. That problem is something that I, and several of my friends, are working on solving, and if you are interested, I’d deeply appreciate your help.

More importantly, I’d like to hear what you think. What are we missing in this discussion? Am I deeply wrong about any of this? Your opinion matters.

About the Author
Rabbi Patrick Beaulier is director of innovation for Pluralistic Rabbinical Seminary, an online rabbinical ordination program taught by Orthodox, Conservative and Reform rabbis. He is the founder of Darshan Yeshiva and is the rabbi for Kehillah, a chavurah based in Richmond, VA.
Related Topics
Related Posts
Comments