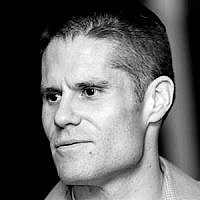 Do you love what you are doing?  Hiding deep below the surface (or in my case, right under the surface) we harbor a profound desire to do something special, unique, and meaningful.  Society has shoved this desire down for many of us, and as a result leaves us with anxiety and/or depression.  We suffer from this first world issue of everything being provided for but a feeling that we aren’t fully satisfied.

It is a puzzling feeling, that often makes you feel like there is something wrong with you.  How could you not be happy with an iPhone7, a family that loves you, and a nice condo in the city?  Still, you feel stuck, unmotivated, or distracted–

Now the following may/will terrify your friends, boss, spouse, parents, or anyone else close to you because it will threaten status quo.  It probably will scare you as well.

Maybe your whole life is a lie and you were meant to be doing something far more productive for society?  For yourself?  For G-d?  Could you really live a passionate, purpose driven life where you jump out of bed excited every morning?    Or is that for someone else?

A prominent head of state in North Korea was killed for falling asleep at a military parade.  He was executed by anti-aircraft guns.  Based on how afraid we are to admit something in our life is boring or not what we want to be doing, it’s almost like we’re afraid that the same thing will happen to us.  But maybe the reason we aren’t happy or have trouble paying attention is because the thing we are doing, the path we are on, ISN’T INTERESTING FOR US AND NOT SOMETHING WE SHOULDN’T BE DOING!

50 Cent said that people are enthralled (my word, not his) by those who they expect to fail and then succeed beyond everyone’s wild imagination.  Why the cultural fascination?  Because deep down we wish it was us.

Now immediately the defense mechanisms shoot up.  I can’t have the body, the bank account, that spiritual connection that these other people have that ‘made it.’  I can’t have a career that fulfills me deeply, or is off the beaten path.  We had behind our children and our jobs and our lives and make excuses why we can’t be more or do more.

It’s not that you can’t?  It’s that you don’t want to badly enough.  The most painful and empowering awareness I have is that I can do anything I want.  It drives me somewhere between euphoric and depressed.  Euphoric because the idea that nothing is outside of my reach is so empowering.  Depressed because both it’s really hard to push myself, and it’s really hard to build and wait.

But deep down inside, we all want to be great.  We want to be bigger.  From a mystical side, our soul longs to expand, and to live out an enlightened life full of being able to choose who we are and what we become.  In that rare moment of clarity, of honesty, you can admit you want more.  You want to make changes in your life.  You want to be in better shape, and have better relationships.

But you only admit it in rare moments, because you are so afraid to say it aloud out of the fear of disappointing yourself if it doesn’t happen, or that others should know we aren’t the perfect people our facebook profiles say we are.  There is also a lot of fear of shaking up the status quo.  What will our spouses think?  Our kids?

So why listen to yourself?  Well, YOU know what you want.  You are aware when and how your life isn’t on the level you want it to be.  A person in tune with themselves is dangerous because it’s hard to influence or control them because they’ve taken control over themselves.  Suddenly, they are focused.  Suddenly they don’t need you.  Suddenly there is that inner fire that we all long for.

The media, society, our friends, parents, and teachers sometimes are threatened by us being us.  That’s why many oppressive governments don’t want their population literate, or to have internet, or to be exposed to the outside world.  Because people might think for themselves.  By us being free to choose who we want to influence us, we are largely uncontrollable to outside forces.  And there is no greater advocate and no greater path to becoming who you want to become than getting to know yourself, and learning how to be authentic.

How do we do that?  Three simple ways to start to listen to yourself: